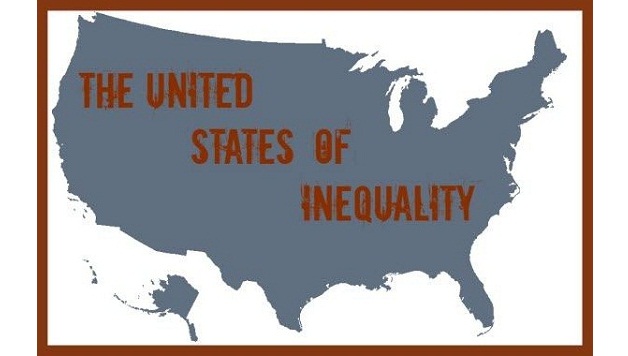 Working people in the US are fed up. After six years of mass unemployment and collosal cuts in education and social programs, we are told a “recovery” is under way. But the truth is that over 90% of the new wealth created has ended up in the pockets of the richest 1%. Profits are at record levels. Meanwhile, the majority of new jobs created are in the low-wage sector. Worldwide, an economic slowdown is underway in China, and the European markets continue to falter in crisis. A new financial reckoning and even full-scale depression is possible. Even during the current “recovery”, there is no feeling of lasting stability or substantial growth.

It is no wonder then that working people are beginning to demand a larger share of the wealth created in the recovery. “Raise the Wage” groups are gathering steam throughout the country, and 15 Now in Seattle and nationally stands as a shining example of determined struggle for low-wage workers. There is a mass discussion in US society taking place on the subject of economic inequality.

Obama is calling for a national minimum wage of $10.10, fully knowing that Congress won’t pass that legislation. Many Democrats might focus on economic inequality in rhetoric, but this will be limited because of their nature as a party dominated by Wall Street and corporate America. They may actually turn away from the subject of inequality because they have little concrete solutions to offer, and they don’t want to create too many expectations among low-wage workers. Still, a movement from below is developing, and it won’t be going away. In addition to hundreds of actions demanding minimum wage increases, various other issues have triggered protests. In the first few months of 2014, we’ve seen protests and direct action against the environmental destruction of BP and Keystone XL. In Albuquerque, New Mexico, there have been determined protests against police brutality, led by African-American and Latino youth. Women’s groups protested against CEO attempts to avoid providing the limited reproductive health care required in some Obamacare programs. There is growing anger among immigrant workers at the massive scale of deportations under Obama. And the corporate offensive against public education is still going strong despite growing disillusionment among parents with “education reform”. While the labor movement has suffered a series of defeats and continues to decline in numbers, a wing, inspired by Occupy, is beginning to assert itself and is developing a more aggressive approach to fighting for working people’s interests.

These are the warning shots of the massive battles against corporate domination that are on the agenda this year and going forward.

The Supreme Court’s recent ruling allowing unlimited spending by individuals in federal elections confirms the growing view of the majority of Americans: that the political parties and the political process are dominated by a handful of superrich individuals. This sharp disillusionment of tens of millions with the system, fed by bailouts for the banks and mass unemployment and austerity for the working class, is creating enormous political volatility in society.

Uncertainty reigns in establishment politics. As this year’s mid-term elections approach, both corporate-dominated parties are divided and without clear strategies. Neither the Democrats nor the Republicans are exciting the ranks of their activists. Obama’s ability to deeply inspire millions of workers and youth is long gone, and the Tea Party is an isolated joke in most areas of the country.

The issue of Obamacare will not go away due to Republican attacks and uncertainty about how aspects of the legislation will be implemented. 7.5 million signed up for health care through Obamacare, but tens of millions still remain uninsured, and they will be forced to pay a penalty for the “crime” of not being able to afford health care. While a small majority say they’re against Obamacare, less than ¼ of those polled want the legislation repealed. After the debacle around the government shutdown, even those skeptical of Obamacare don’t want to see a Republican-led political crisis. Still, the Republicans will find ways to use this issue in the mid-term elections.

Earlier this year, the divisions in the Republicans were on full display when Boehner said he “didn’t care” what the Tea Party thought of his budget deal with the Democrats averting another government shutdown. Although the Republican agenda is increasingly out-of-touch with the vast majority of people in the US, the low voter turnout at the mid-term elections favors their chances in November. Still, they will have their own internal battles with right-wing PACs gearing up to challenge “moderate” Republicans.

The Democrats are not without their rifts as well. While many are building support to run Hillary Clinton for President in 2016, more populist-inclined Democrats are talking about the need for Elizabeth Warren or even left-wing Vermont Senator Bernie Sanders to challenge her. These divisions will be seen in the primaries this year as well, and this reflects the pressure from below for the Democrats to deliver concrete gains for working people. This would energize a voting base that is far-from-excited about Obama’s policies and the establishment as a whole. Still, many Democrats prefer stability and low expectations to an energized base of trade unionists, youth and people of color. Many mainstream Democrats will propose a strategy of just attacking the Republicans as “extremists” to win skeptical voters.

Shallow Base of Both Parties

It is telling that both of the main political parties try to whip up support mainly just by attacking each other rather than proposing concrete policy to get voters out to the polls. The political establishment and the system they represent has no fundamental way to get out of the economic crisis inherent in their system. The question is how a new politics based on the interests of the 99% can be forged. Kshama Sawant showed the way by standing as an open socialist, refusing to take a dime of corporate donations and still defeating a powerful Democrat in Seattle.

The struggle against corporate politics must be linked to development of social struggle. The fast food worker strikes and Kshama’s election laid the basis for the massive fight underway in Seattle today for a $15 an hour minimum wage, something nobody in the establishment was talking about a year ago.

The two-party system is weaker than it appears. Both parties have declining support in society, and over half of those polled said they wanted a new party when asked during the government shutdown. Their support will decline further as the economy fails to deliver and their lies are easier to see through.

Obama wants to avoid living out the final two years of his Presidency as a “dead duck” like his predecessor George W. Bush, who was completely discredited after the 2006 mid-term elections. The only things preventing this from being reality is the weakness of the Republicans. With workers demanding more from the recovery, the 1% is divided. This is a tremendous opportunity for socialists and the labor movement to organize. This is reflected

in the huge interest in the possibility of Bernie Sanders running for President, possibly independent of the Democrats and in the rapid growth of the movement for a $15 minimum wage.

Successful struggles, particularly around the minimum wage, can increase the confidence of workers to fight against all the injustices of capitalism. We should remember that the victory of the Civil Rights movement paved the way for the anti-Vietnam war radicalization, the women’s liberation movement, the black power struggles and the radicalization in the labor movement during the late 60s and early 70s. In the same way, big victories for the low-wage workers, some of the most oppressed people in society, can build the confidence of broader sections of workers to organize unions, transform existing unions, protest discrimination and build independent working-class politics to challenge the two parties of big business.