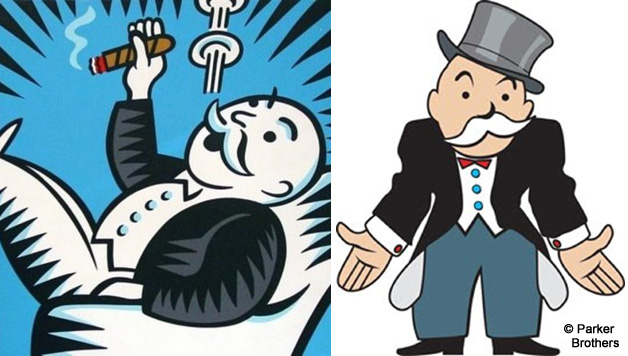 The growing movement for a $15 an hour minimum wage has inspired millions of workers and activists around the country. The most crucial battle is centered in Seattle, where massive support has developed for $15 and the issue prepares to go in front of the city council.

While the struggles of low-paid workers put the $15 demand on the table, the impetus in Seattle has been the election of socialist Kshama Sawant to the city council on a platform of $15 an hour, the victory of the $15 an hour minimum wage initiative in nearby SeaTac, and the major strides made by the new grassroots organization 15 now.

Business has been on the back foot since the election of Kshama Sawant and the launch of 15 now, with a poll in February showing 68% of likely voters in Seattle supporting $15 with no exemptions or delay. Recognizing that $15 could not be opposed openly, business settled on a strategy of trying to riddle the minimum wage with loopholes – in particular, supporting $15 in name but calling for a “smart” approach that includes tip penalty and something they call “total compensation.” The counteroffensive has ramped up, with The Seattle Times increasingly providing a bullhorn for business, and in recent weeks three business coalitions were launched to oppose $15. These coalitions – with progressive-sounding names like Forward Seattle, Sustainable Wages, and OneSeattle – all hide behind small business as a strategy to whip up fear and play on genuine sympathies for small proprietors. All three purport to support raising the minimum wage – but in the “right” way. In reality, their purpose is to unleash millions in corporate cash against $15 in Seattle. It was recently leaked in The Stranger newspaper that OneSeattle is a front for Chamber of Commerce members like Starbucks, McDonald’s, Amazon, and the notoriously right-wing Washington Restaurant Association.

At the heart of the business propaganda war is the attempt to engineer a gaping loophole in the minimum wage called “total compensation.” Total compensation seeks to do nothing less than redefine the word “wage” by including tips, health care, pensions, and other benefits in the calculation of $15 an hour, thereby effectively gutting the minimum wage.

The net effect of total compensation would be that many workers would get little or no raise, with numerous deductions against their wages. It would also open the door wide to wage theft, as most workers would not be able to tell whether they were being paid the legal minimum or not, with deduction after deduction obscuring their real wages. Wage theft is already rampant, with 25% of low-wage workers experiencing it. It is particularly widespread in states that allow a lower minimum wage to be paid to tipped workers, with the bosses required to make up the difference if those tips don’t bring workers to the minimum. In reality, many companies simply don’t pay the full minimum when it’s not met by tips, quietly pocketing the difference.

A “tip penalty,” which exists in most states in the U.S., would exclude many tipped workers from benefiting from $15, as their tips would be deducted from their wages. It would also be a huge step backward in Washington State, which is one of seven states that have defended against tip penalties and where tipped workers currently get the full minimum wage plus tips.

Nonetheless, OneSeattle and other business groups have seized on the issue of tips in an attempt to organize tipped workers around lie that 15 now is coming after their tips and calling for an end to tipping. At the same time, it argues that if $15 is passed in Seattle it will effectively mean an end to tipping. In reality, 15 now and the Seattle labor movement have campaigned extensively against the inclusion of tips in the minimum wage and for workers to be paid the full $15 plus tips. The argument that raising the minimum to $15 would lead customers to stop paying tips is also completely false. There are no data showing that tipping has been undermined anywhere the minimum wage has been raised.

For more on the tip penalty, see the article “A Woman’s Case for Rejecting the Tip Credit.”

Every time a minimum wage raise has been proposed, big business has made hyperbolic arguments about the threat of widespread job losses. It has simply never happened.

At the same time that fear-mongering about job losses has been promoted in the corporate media, business owners in Seattle have been calling workers into closed-door meetings where they are forced to listen to anti-$15 arguments – in particular, the threat of losing their jobs if $15 were to pass.

What About Small Business?

A major argument has been concern for the effects on small businesses. Obviously, if Starbucks or McDonald’s pleaded poverty, it would not have any effect. By wrapping themselves in the clothing of the individual entrepreneur trying to work his or her way to a middle-class lifestyle, big business hopes to confuse and derail our movement.

That’s why Kshama Sawant, Socialist Alternative, and the 15 now campaign support passing legislation in the city council, and at a state level, for a tax on millionaires to provide relief and subsidies for small businesses that are having trouble paying a $15 minimum wage.

At the same time as Kshama Sawant and 15 now fight to pass a strong $15 ordinance on the city council, they also advocate for a ballot initiative to give working people a backup option. But because of the limitations of a ballot initiative, the needs of small businesses and non-profits have to be addressed in a different way. Sawant and 15 now call for a three-year phase-in for small businesses and non-profits to allow them time to adjust to the higher minimum.

A recent study found that raising the minimum wage would lift more than 100,000 workers out of poverty in Seattle. Nationally, a raise to $15 would inject $450 billion into the struggling U.S. economy, currently stagnating due to lack of consumer demand.

Raising the minimum wage to $15 is both an urgent measure for underpaid workers and an essential move to address the economic crisis.

The minimum wage is a “price floor,” and raising it will not only benefit low-wage workers but will also generate raised wages and higher standards of living for many other workers. So, you might ask, if this is true, who will the minimum wage hurt, and why is there opposition to it? The answer is that poverty wages are an important source of profits for big business, and that is why big business strongly opposes it.

The movement to raise the minimum wage to $15 is of great national and international significance. Winning $15 will be one of the biggest victories for the U.S. working class in decades, and it will inspire millions of workers globally. It will spur on the struggle against the massive inequality created by capitalism, and lead in the direction of a socialist world based on the needs and aspirations of the immense majority.