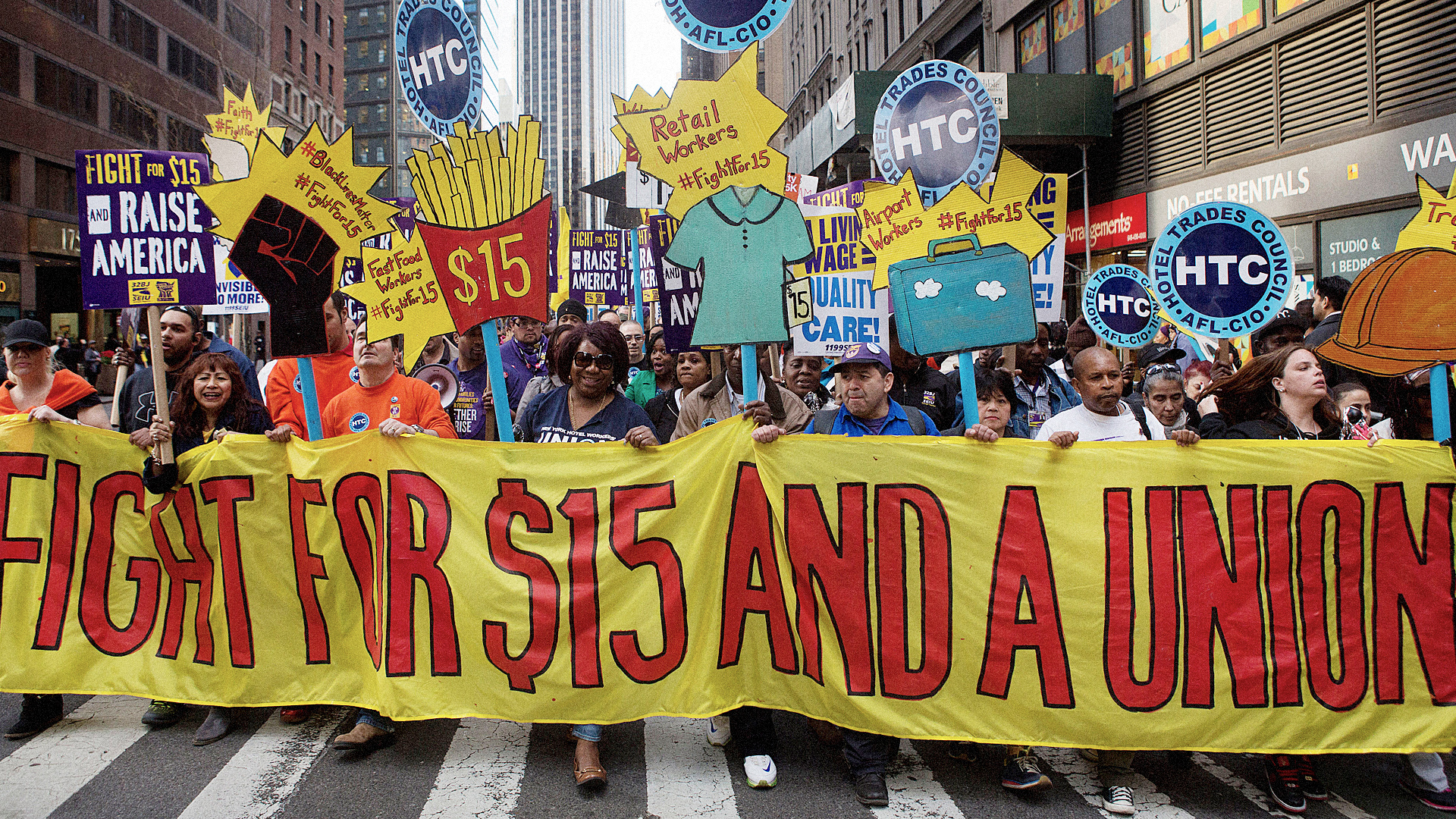 In May, the Ontario government, to the surprise of many, announced its plan to introduce a $15 an hour minimum wage, beginning with $14 in January 2017 and reaching the full $15 the following year. Given that the existing minimum is $11.75 and that the implementation time to a full 15 is one of the fastest in North America, this announcement was rightfully hailed as great victory for the 1.7 million Ontario workers currently earning less than $15.

Below, Bruno-Pierre Guillette interviews Tim Heffernan, activist in the Fight for $15 and Fairness campaign in Toronto, and member of Socialist Alternative, Canada.

BPG: How long has the campaign for the $15 an hour minimum wage been active in Ontario?

TH: When the campaign first started around 2012-13, the demand was for $14 an hour, the highest amount organizers thought they could realistically achieve, especially as the then minimum had been frozen at $10.25 for the previous four years. Then, as a result of the successes of the $15 an hour struggle in the U.S., the demand was changed to “15 and Fairness.” The “fairness” was added to include related demands for paid sick days, holidays, identical rates of pay for temp and full-time workers, and making it easier to unionize.

BPG: How do you explain the decision by the Ontario government to increase the minimum wage to $15 an hour?

TH: Let’s be clear about the politics of this. The announcement didn’t happen just because the Liberals (the Ontario Liberal Party) saw the light of day and decided to do the decent thing. This wouldn’t have happened but for the pressure of the $15 movement that developed from below, first in the U.S. and then in Ontario and other parts of Canada. In addition, the increase represents a cold political calculation on the part of Premier Wynne, whose government is trailing badly in the polls. Her announcement will be generally popular and might also have the effect of trimming the sails of the left leaning NDP (New Democratic Party), who, for some time, have had $15 as part of their platform.

BPG: What role did the unions play in the $15 an hour campaign?

TH: It was mixed. Some unions paid lip service to the demand while, in practice, operating on the assumption that it was not realizable in the short term. On the other hand, there were other unions that played a more pro-active role. As the campaign picked up steam, largely through the efforts of rank and file activists, the union presence grew. The main organizing vehicle largely came out of the Toronto Workers’ Action Centre which does get some of its funding which gets some of its funding from individual trade unions.

UNITE-HERE local 75, a union that organizes food service workers, played a very positive role in the campaign. Earlier this year, UNITE-HERE, together with activists in 15 & Fairness, organized two strikes of food service workers at York University and University of Toronto. The key strike demand was for $15 an hour and they won it in both cases.

BPG: And finally, what lessons do you draw from this victory?

TH: Basically, that we should never feel intimidated by seemingly powerful governments and businesses. When we fight, we win.