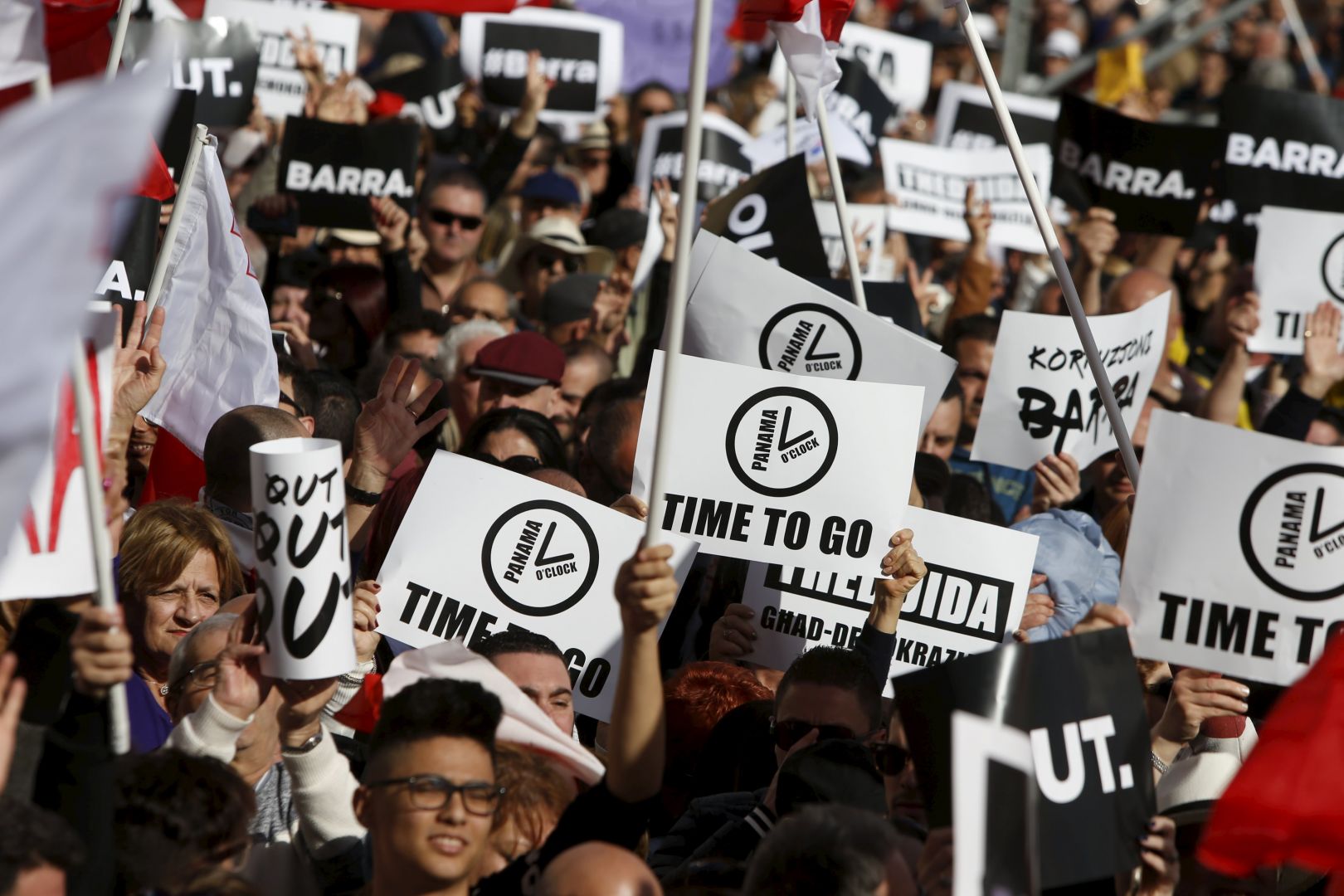 In what can fairly be called the “biggest leak in history”: 2.6 terabytes of information, the entire client database of Mossack Fonseca, a shady Panamanian law firm, was given to the International Consortium of Investigative Journalists (ICIJ). The ICIJ leak of several parts of the more than 11.5 million financial and legal records exposes a system that enables crime, corruption and wrongdoing, hidden by secretive offshore companies. The leaked papers cover nearly 215,000 companies and 14,153 clients of Mossack Fonseca.

What companies like Mossack Fonseca do is allow the global rich to hide their money. Whether generated by fraud, theft, illegal trafficking of people and weapons, misappropriation of public funds, corruption in public office, or tax avoidance and tax evasion, it’s all the same to firms like this. Indeed company co-founder Jürgen Mossack said in a Wall Street Journal article that the firm would continue forward. “We’re not going to stop the services and go plant bananas or something,” he said.

Nonetheless the idea of hidden wealth maintained by politicians and powerful figures across the globe has produced a powerful public backlash. The documents name names, including close associates of some of the world’s most powerful people, including, so far, over 140 political leaders.

Thus far, the leaks have resulted in criminal investigations on at least two continents and have forced leaders from Europe to Asia to beat back calls for their removal. Officials in France, Germany, Austria, and South Korea said they were beginning investigations into possible malfeasance, from money laundering to tax evasion. But there are literally dozens of leaders and their associates named in the papers, according to the main website. These include President Putin of Russia, Prime Minister Gunnlaugsson of Iceland who was then forced to resign, British Prime Minister Cameron, eight Chinese leaders, including the families of three of the seven current Politburo Standing Committee, as well as key figures linked to France’s extreme right National Front. In Brazil, the Panama Papers further rocked the establishment, already in the middle of an enormous political crisis [read more here].

Gabriel Zucman, a professor at the University of California, Berkeley, and the author of The Hidden Wealth of Nations, said in an interview with National Public Radio that the Panamanian law firm represents a fraction of the total in riches obscured from public scrutiny, calculating that about eight percent of the world’s financial wealth is held in tax havens, or about $7.6 trillion. Oxfam has also recently reported that that the 50 biggest U.S. companies have $1.3 trillion stashed offshore.

There has been some surprise that more Americans have not been named. But it turns out that wealthy Americans looking to veil their assets and shield some of their income from taxation don’t need to go to Panama or any other offshore tax haven. It’s easy to establish a shell corporation right here at home. “In Wyoming, Nevada, and Delaware, it’s possible to create these shell corporations with virtually no questions asked,” said Matthew Gardner, executive director of the Institute on Taxation and Economic Policy, a nonprofit research organization in Washington.

A recent report by the Institute on Taxation and Economic Policy called “Delaware: An Onshore Tax Haven” noted that the state’s lack of transparency combined with an enticing loophole in its tax code “makes it a magnet for people looking to create anonymous shell companies, which individuals and corporations can use to evade an inestimable amount in federal and foreign taxes.”

John A. Cassara, a former special agent for the Treasury Department, said “If somebody is conducting an investigation and it comes back to a Delaware company and you want to find who or what is behind that company, you basically strike out,” he said. “It doesn’t matter if it’s the F.B.I., at the federal level, state or local. Even the Department of Justice can’t get the information. There is nothing you can do,” (NY Times, 4/7/2016).

After revelations came to light about Americans using Swiss bank accounts to evade taxes, the United States in 2010 passed the Foreign Account Tax Compliance Act, which requires financial firms in other countries to disclose details about American clients with offshore accounts. Yet the United States is one of the few countries that has refused to sign new international standards for exchanging similar financial information.

Panama’s “competitive advantage” as a tax haven was always intentionally designed with corporate and tax laws that shield information on actual owners of assets, such as paper bearer share corporations, strict banking secrecy and a dual tax system that provides tax-free status for foreign firms. Over 400,000 corporations, including many U.S. firms, are incorporated in Panama, avoiding their obligations at home. In 2008, the Government Accountability Office said that 17 of the 100 largest American companies were operating a total of 42 subsidiaries in Panama. The Panama Free Trade Agreement (PFTA), passed in 2012, has helped to enable all this activity.

Clinton had opposed PFTA in 2008 when she was running for president against then Sen. Barack Obama. But in an about face, she helped push the agreement and two other parallel agreements with Colombia and Korea through Congress when she was Secretary of State. “The Free Trade Agreements passed by Congress tonight will make it easier for American companies to sell their products to South Korea, Colombia and Panama, which will create jobs here at home.”

Bernie Sanders cited the former Secretary of State’s support of the trade deal as one reason she should not be the Democratic party’s nominee for president. “I don’t think you are qualified if you supported the Panama free trade agreement, something I very strongly opposed, which has made it easier for wealthy people and corporations all over the world to avoid paying taxes owed to their countries.”

Five years ago, Sanders led opposition to the Panama trade deal, predicting in the Senate the pact would make it easier for the wealthy and the powerful to stash their cash in Panama to avoid paying their fair share of taxes.

“Why would we be considering a stand-alone free trade agreement with this country? Well, it turns out that Panama is a world leader when it comes to allowing wealthy Americans and large corporations to evade U.S. taxes by stashing their cash in off-shore tax havens. And, the Panama Free Trade Agreement would make this bad situation much worse.”

Coming at a time when global inequality has never been more rife – just 62 top capitalists own as much as the poorest half of humanity, according to an Oxfam study – the release of the Panama Papers has further exposed capitalism as a system of legalized robbery. This theft begins with the exploitation of workers in the workplace which creates corporate super-profits. But this is not enough to satisfy the capitalists’ greed. They then seek to hide this wealth from the taxman, minimizing what is available for social services and benefits. We should fight to raise the level of taxes on the rich and to shut down tax havens, but the truth is that the robbery will not end until we get rid of the capitalist system. This is precisely the importance of the Panama Papers. It is ripping the veil off this vast, systemic corruption and giving the world’s rich and powerful sleepless nights.