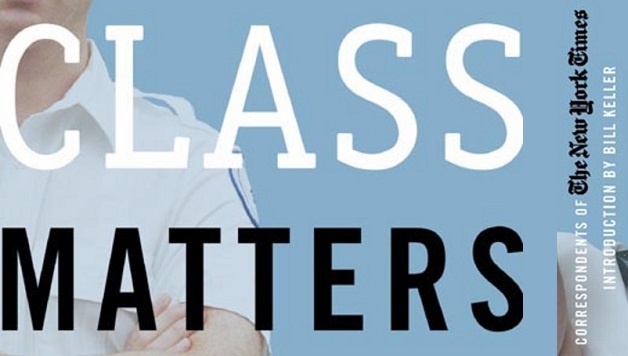 In the early part of this year the New York Times published a series of articles under the heading “Class Matters,” looking at various aspects of how class division affects the lives of people in the United States. The articles covered a wide range of topics including education, healthcare, the position of immigrant workers, marrying across class lines, the emergence of the “hyper-rich,” people’s perception of status and the intersection of race and class.

The appearance of these articles (now republished in book form by Times Books) is a very striking development. Fifteen years ago in the wake of the collapse of the Berlin Wall and the Soviet Union, pro-capitalist pundits were confidently telling us that not only was “communism” dead but so was the class struggle and that the working class itself had “disappeared.”

By the late ’90s these arguments were being challenged in many parts of the world but to a far lesser degree in the United States. As Bill Keller relates in his introduction to the book version, this debate surfaced among the reporters working on the series: “There was deep disagreement between those who thought class was the governing force in American life and those who deemed it pretty much irrelevant.”

For socialists, of course, there was never any doubt that class division and class oppression remained fundamental in shaping society. But to see these issues aired in one of the “house organs” of the American ruling class is a clear indication (along with many others) that we are entering a new political period. Similar series appeared in the Wall Street Journal and the Los Angeles Times around the same time. This review will first summarize some of the key findings and arguments contained in the “Class Matters” series before offering a critique of the material.

The authors’ argument that the U.S. has become a far more unequal society over the past thirty years will come as little surprise. Some of the more detailed findings are summarized in the accompanying article “Divide Between Rich and Poor Reaches New Extremes.” But at least as important is the conclusion that social mobility has stagnated or even declined in the same thirty-year period. In other words, the “American dream” of moving up into the middle class or beyond is becoming increasingly elusive.

This is especially clear when one looks at the position of the millions of undocumented workers and their families (five million from Mexico alone) now in the U.S. It will be far more difficult for these workers to replicate the experience of previous generations of European immigrants who saw their position improve over time.

These points are developed in an article comparing the experience of two immigrants in New York City. The first arrived penniless from Greece in 1953 and now owns several restaurants. The other is from Mexico and arrived penniless fifteen years ago. He is still working in low-paid restaurant jobs and lives with his family in a nine-by-nine-foot room in an apartment in Queens which they share with two other families.

The decline of upward social mobility is also discussed in another piece about the loss of relatively high-paying factory jobs that many workers felt had brought them into the “middle class.” This illustrates the trend for downward social mobility for a section of the working class.

One other excellent article documents the struggle of a single African-American mother in Chicago with five children to get out of poverty by becoming a registered nurse. The enormous obstacles she faces show starkly that her success is really an exception which proves the rule that escaping ghetto poverty is next to impossible.

The authors also argue that a new meritocracy has emerged over the last 50 years. Educational qualifications, they say, matter more now than the family you are born into. The problem is that because of the increasing financial burdens placed on working-class students due to escalating tuition fees, fewer of them are actually obtaining degrees.

The authors cite a 2004 U.S. Department of Education study which found that only 41 percent of low-income students entering a four-year college managed to graduate within five years, but 66 percent of high-income students did. They comment that this gap “has grown over recent years.” At elite institutions, the situation is even worse with fewer and fewer working-class students even enrolling.

The authors conclude: “Grades and test scores, rather than privilege, determine success today, but that success is largely being passed down from one generation to the next. A nation that believes that everyone should have a fair shake finds itself with a kind of inherited meritocracy.” So the “meritocracy” is actually working to reinforce class divisions.

Besides these broad themes, the series also takes on several other topics. One of these is the widening of already huge differences in the provision of health care based on class and the consequent widening of differences in life span between the rich and everyone else.

The writers also chronicle the emergence of the “hyper-rich” who are leaving the “merely rich” behind. An excellent piece about the island of Nantucket off Cape Cod illustrates how the old elite whose fortunes had been made in America’s industrial heyday are being overshadowed by the arrival of people who have made vast sums from financial speculation. The nouveau riche are busy displaying this in lavish mansions, 200-foot yachts and private jets.

On the other hand, the authors also argue that despite increasing inequality and a decrease in social mobility, “the country has gone a long way toward an appearance of classlessness. Americans of all sorts are awash in luxuries that would have dazzled their grandparents.” They attribute this to a decrease in the cost of many formerly “luxury” items and especially a huge expansion of credit extended by financial institutions to working-class people. For example, this has allowed far more working-class people to buy homes during the current real estate boom.

But Americans now owe about $750 billion in revolving debt, a six-fold increase compared to twenty years ago. The truth, which the series does not spell out, is that this apparent prosperity due to easier access to consumer goods is unsustainable.

The authors also believe that the perception of Americans, despite contrary evidence, is that people are better off than their parents and that their children will be better off than them. They use evidence from an in-depth survey they conducted to bolster the claim that most Americans see class playing less of a role in determining their lives at the very time when divisions are widening and hardening. But implicit in this is the possibility that working people’s consciousness could change and change rapidly.

The “Class Matters” series clearly makes many powerful points. It should be read by anyone interested in the direction of U.S. society. But ultimately it is meant as a warning from the New York Times to their fellow members of the elite about the explosive issues festering just under the surface of society.

However, the book actually understates the severity of the situation facing tens of millions of working and poor people. For example, it is only scratches the surface of the health care crisis. Nor does it address the deterioration of working conditions, the unfettered dictatorship of management in most workplaces, the effects of globalization and the general increase in exploitation faced by workers (euphemistically called “increasing productivity”).

Since the mid-1970s when capitalism’s long post-war economic boom came to an end, U.S. corporations have waged a one-sided class war to decrease the share of wealth going to workers and thereby maintain the profitability of their system. Never in the history of the advanced capitalist countries has there been such a massive transfer of wealth to the rich. This of course has been greatly assisted by the policies of governments both Republican and Democrat, although it would be hard to beat the Bush administration in the ferocity of its anti-worker offensive.

And things continue to get worse. At stake are all the gains which workers won though bitter struggle from the ’30s through the ’50s. This is underlined by recent developments including the shredding of United Airlines workers’ pension benefits and the shocking givebacks being extracted from GM and Delphi workers (see article “Burned at the pump”). And, as other evidence indicates, the position of the US economy is deteriorating. A major economic crisis will drive millions more into poverty.

The New York Times articles were also written before Katrina lifted the veil and exposed the nightmarish conditions facing poor African-Americans and the deterioration of the country’s infrastructure due to decades of corporate deregulation (i.e., looting). At least one of the articles perpetuates the myth that poverty is exclusively an issue facing African-Americans. The proportion of African-Americans who are poor may be far higher, but the largest number of poor people are white and poverty among whites is growing faster than in any other part of the population.

The authors are right that the consciousness of working people is lagging behind reality, but this will not last indefinitely. In fact, signs of change are already visible: the reaction of ordinary people to the Bush administration’s proposal to privatize Social Security; the popular reaction to the Katrina disaster; and the radicalization being caused by imperialism’s disastrous military adventure in Iraq. The emergence of class consciousness is never automatic. It is the result of big events and experiences as well as the day-to-day conditions that working people endure.

There can be no doubt that the ground is being laid for a massive emergence of class consciousness among working people in the U.S. The editors of the New York Times are clearly worried and the ruling class should be worried as well. Socialists, however, will welcome this development because only when workers begin to become truly conscious of their position can they start to wage the struggle necessary to change it.