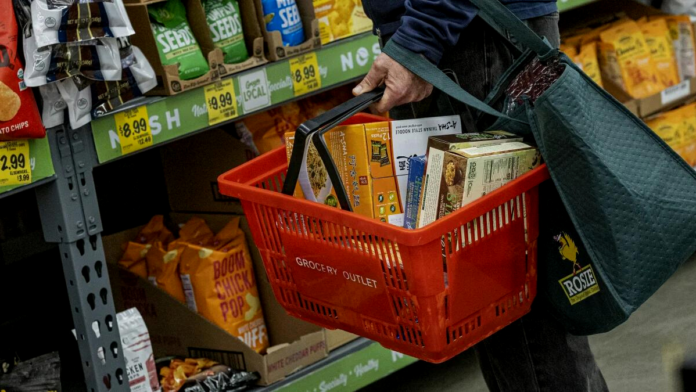 Food and energy prices are already between 13-20% higher than they were a year ago. Rents and housing costs are on the rise. Inflation, a measure of the rise of prices, represents a real problem for working people hoping to maintain their standard of living as we head into 2023.

Far from being a U.S.-only problem, most countries around the world are seeing higher than average inflation, and some, like Turkey, are experiencing inflation rates close to 80%. Domestically and globally, corporations and billionaires are terrified of inflation getting worse and eroding their profits and increasing instability in the global economy. From this type of global perspective, with money markets in flux, it seems unlikely that inflation can be solved in the U.S. alone and that it is a worldwide issue that may be here to stay.

Politicians seized on inflation frustrations and, despite having no idea how to combat rising costs nor any sense of when it might slow down, predictably used it to attack incumbents. This has resulted in inflation becoming the biggest issue in the 2022 midterm elections.

The efforts of President Biden and the Democrat majority alongside the work of the Federal Reserve have not slowed inflation. Republicans attack Biden for the 2021 stimulus, but it wasn’t checks to working people that caused this crisis. In the past year, he championed the Inflation Reduction Act which is more focused on limited environmental protections than on anything that could affect the rise of prices.

Meanwhile the Federal Reserve has quadrupled interest rates within 2022, with the stated goal of slowing wage growth and increasing unemployment in order to force workers to take lower wages. Wage growth is below the inflation rate. All economists agree that a recession is coming and corporations are raking in the profits and building reserves in anticipation of the coming downturn. Biden is showing his prioritization of big business over working people in his support of the Fed’s moves, making no criticisms of the Fed’s stated policy of making working people pay to stop inflation.

Nationally, inflation frustration has focused on the ineffectiveness of incumbent Democrats with Biden in the White House and narrow majorities in the House and Senate. In the weeks before the election, voters favored Republicans on economic issues by nearly 20%.

The election “strategy” of the Democratic Party was to ignore inflation. Biden led the way by claiming the economy was “strong as hell,” a statement repeated by Pete Buttigieg. Democrats focused on the danger that Republicans pose to abortion rights following the Dobbs decision and to “democracy” with the rise of election deniers. In speech after speech, Biden sought to turn the focus to how “MAGA Republicans” put “equality and democracy…under assault.”

This strategy delivered Democrats far less overwhelming Republican victories in the midterms, but they have still lost control of the House and the Senate hangs in the balance. This means the next two years will be a stale-mate between two parties fundamentally committed to capitalist stability, even if it means workers suffer.

The Guardian reports that $10 billion has been spent on advertisements – fully three times what was spent in the 2018 midterms and already more than in the 2020 presidential elections. Both parties and their corporate funders are showing how important this election is to them with their wallets.

It is ironic that this increased spending is based on parties that have no answers for the problems they want to address. Republicans only say they oppose “Biden’s tax and spend agenda” without saying how they would curb inflation. Meanwhile the same Democrats that sat idly by while the right wing dismantled abortion have not offered any policy or plan for how to preserve or extend abortion rights.

Democrats Ally With The Fed

While the economists state that we’re not yet in recession, inflation is making working people feel like we are.

Some Democrats, like Bernie Sanders, Alexandria Ocasio-Cortez, and Elizabeth Warren, sought to blame rising corporate profits for inflation. This was a populist approach aimed at exposing the Fed’s policy of slowing wage growth and easing a “tight” labor market. While profits contribute to the increase of money in the economy, this is not a primary driver of inflation at this point.

The primary cause of inflation in 2022 is the supply chain crisis. Hastened by the pandemic and the war in Ukraine, supply chains ground to a halt and now corporations and governments are planning to recreate the supply chains locally in a process called “nearshoring.” The roots of this process are deeper, however, as the age of neoliberal globalization reached its limits and has turned into its opposite, a process increasingly termed “deglobalization.”  Increasingly, the rivalry between the U.S. and China is the main geo-political axis around which world events revolve.

Bernie, Warren, and AOC have redirected their criticisms to focus on the Fed’s monetary policy. While Bernie is correct that “it is wrong to be saying the way we deal with inflation is by lowering wages and increasing unemployment,” it is possible that the Fed’s actions will slow inflation, but only at the cost of huge unemployment and a deep recession. This course would be anything but the “soft landing” they claim to desire. We completely oppose this logic; the capitalist class caused this crisis and should pay for its remediation.

Bernie’s tame criticism should also be aimed at Biden, Pelosi, and the Democratic leadership that backs the Fed 100%. By not fighting for big business and billionaires to pay for this crisis, Bernie and AOC are allowing the right wing to stand alone in its criticism of Biden and the Democratic Party on inflation.

Democrats have generally ignored inflation in their campaign ads and speeches. Shockingly, when they did mention the economy, they pointed to the low rate of unemployment and high profits to claim that everything is fine! Even despite this gaslighting from the Democrats on the economy, their losses in the midterms were padded by widespread fears of Republican attacks on the oppressed.

On the other side of the aisle, Republicans went on the offensive blaming inflation and the slowing economy on Biden. Their strategy boiled down to: encourage people to blame Democratic policies and claim to have a different plan.

It is true that Biden’s 2021 American Rescue Plan contributed to inflation by injecting nearly $2 trillion into the economy. For Republicans to heap blame on this legislation is ignoring their own support for the CARES Act, a larger stimulus package passed almost exactly a year previous and signed by Trump.

Regarding actual proposals to fight inflation, Republicans have been intentionally vague. Their “Commitment to America” promises to “Fight Inflation and Lower the Cost of Living” mostly by cutting government spending and cutting taxes while increasing oil production and “moving supply chains away from China.” These policies have little chance of affecting inflation in the short term.

The vagueness of Republican plans to address inflation are a selling point for big business. In early September, Liz Truss became Prime Minister in Britain and promised tax cuts in order to stimulate an economy suffering from inflation. The corporate elite balked, worried that these tax cuts would not only encourage inflation, but would increase the anger aimed at them. The billionaires rejected her plans and there was widespread anger from working people, forcing her to resign after only 45 days.

An Alternative For Working People

Inflation frustration is real. Prices are rising. Working people want answers and continue to take matters into their own hands by organizing unions in workplace after workplace.

We are shifting out of the era of neoliberalism which featured globalization, an outsourcing race to find the lowest wages, and finance capital dictating terms across borders. The new era features much more instability, an emphasis on borders, and the strong-man governments that can prop up domestic corporations – all framed by the new cold war between the U.S. and China. In this new era, it is possible that the Fed’s goal of 2% inflation is unobtainable – higher inflation is here to stay.

To fight this, working people need Cost of Living Adjustments (COLA) in our union contracts, attached to the minimum wage, and implemented in all social welfare programs. Socialist Alternative members have led the way proposing a successful COLA+1 resolution in the Amalgamated Transit Union. To keep the costs of housing down, we need strong rent control measures and to build high-quality public housing.

We cannot trust or wait for the Democrats or Republicans. From both corporate parties we get vague promises, dismissals of the problem, and the idea that increasing profits are somehow good for working people. A new party, free of corporate money and based on working people, could expose Democrats and Republicans alike for supporting the Fed’s attack on wages and jobs. The lack of such a party leaves open the space for the right wing as the Democrats ignore working people’s pain and defend their billionaire friends.

This bout of inflation will not go away just because billionaires and corporations want it to. It hurts everyone but working people have to look out for ourselves and each other by fighting for strong union contracts that have COLA provisions and fighting for representation independent from corporate money and influence.