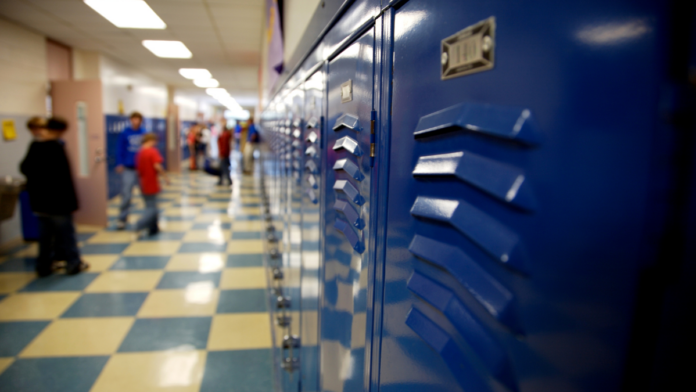 Teacher shortages, particularly in schools that primarily serve lower income students and schools in rural areas, are not new. But like a lot of issues in society, the pandemic badly exacerbated the school staffing shortage at the same time as it worsened the youth mental health crisis. This all contributed to students being well behind where they were expected to be given their age and grade level. As recent teachers’ strikes in Seattle and Columbus, and earlier this year in Minneapolis, indicate – teachers feel under immense pressure as schools have increasingly become convergence points for all the crises of society.

Pressures on school staff are at an all-time high, precisely at the moment when workers everywhere, in the “Great Resignation,” are reevaluating their work-life balance. Teachers and school staff historically work long, hard hours, at times spending their own money to supply their classrooms. Now an increasing number of school staff and educators are leaving the profession – for an array of reasons – and students are paying the price for the refusal of the capitalist system to respond to the needs of staff and kids as the impact of lockdowns and remote learning become clearer.

The Political Establishment Has No Plan

At a time when the federal government has increased its funding of education, most recently with the Biden administration’s injection of $122 billion to K-12 education as part of the American Rescue Plan, it seems like schools should have the ability to offer more money to attract new hires. However, teacher and school staff salaries have not been increased alongside these new funds, and are often abysmally low in school districts serving poor and rural students.

In New York City, newly elected Mayor Eric Adams used the pandemic as an excuse to cut education funding, instead diverting funds to the already bloated police budget. With the tight labor market and the extremely demanding nature of being a public school teacher, workers are able to consider jobs in other sectors that may not involve spending hundreds of dollars out of pocket on classroom supplies, or hours of unpaid lesson preparation and grading.

School districts are having to resort to some extreme solutions to the staffing crisis. More and more districts are moving to a four day per week schedule to attract teachers, which is associated with poorer learning outcomes, and creates childcare problems for working parents.

Some districts are hiring teachers who don’t have credentials or experience. In Florida, Ron DeSantis recently signed a law allowing districts to hire military veterans as teachers despite lacking credentials or college degrees. Teacher quality is a big factor in kids’ learning, and teachers with little or no training are 2.5 times more likely to quit after one year compared to their better prepared colleagues, so hiring uncredentialed and unprepared teachers is kicking the can down the road on the staffing crisis.

Without improving working conditions – and therefore student learning conditions – it will be difficult to turn around the crisis in the education system. Teachers know best how to improve their working conditions, add more teachers and more staff, and make other needed changes. Without a bottom-up approach based on teachers organized in unions fighting for more hiring, higher pay, and lighter work loads, the politicians will continue to jerk our communities around while not investing in education.

Inside understaffed schools, kids are struggling. Learning loss from remote schooling is a serious problem, with a key national measure of student learning, the Nationalized Assessment of Education Progress, showing substantial declines in both math and reading. This test data also showed that lower achieving students scored far worse than when the test was given in 2020, putting kids at serious risk of disengaging from learning and dropping out.

Standardized tests and other data miss the massively important social outlet that school provides. Kids are behind in social-emotional learning, study skills, self-discipline, and responsibility. Not to mention the physical impact of not having daily opportunities for sports and physical activities, music, art, theater, and numerous other extra curricular activities. Of course lower income kids whose parents couldn’t work from home, or pay privately for activities, missed out more than kids from wealthier families.

The youth mental health crisis is raging everywhere, and this is having a major impact on schooling. Suicide rates among adolescents rose 60% from 2007 to 2018. In 2021, more than a third of high school students said they had poor mental health during the pandemic. Virtually everywhere there is a shortage of mental health providers, and increasingly, as the New York Times found, kids are being put on multiple psychiatric medications, often without adequate therapy and follow-up.

Skeleton-staffed schools are creating a vicious cycle, putting even more pressure on workers to try to help kids who are dealing with mental health issues, and who are behind in learning, risking more burnout, and more educators leaving the field. This is why many recent educator strikes have raised the demand for set ratios of trained nurses, counselors, and social workers in every school building.

Meanwhile, right-wing school boards and state legislatures are responding by actively policing teachers in classrooms in a paranoid reaction to culture wars on race and gender. In Oklahoma, public school libraries are essentially prohibited from having books about LGBTQ issues or human sexuality more generally.

A proposed Missouri law would require schoolteachers to personally pay a $10,000 fine if they are caught teaching “critical race theory,” a law school topic that is being broadly redefined by the right to mean virtually any teaching of racism and its history in the U.S. Right-wing politicians have latched onto the term “groomers” for teachers who are sharing basic information on LGBTQ identities.

The collective trauma of the COVID pandemic – the millions of families who had to cope with severe illness or deaths of loved ones, the job losses and economic hardship, the fear of getting sick in the early months of the pandemic, and the social isolation – has taken an enormous toll on nearly everyone in society, but especially children and young people. The capitalist class, which lives and breathes only for profits, is in no way prepared to or even interested in meeting the needs of students and school workers, unless they are forced to from below.

Educators need an immediate 25% raise and additional funds for classroom supplies. Columbus teachers just won climate controls in their classrooms, a model for teachers working in decrepit, poorly ventilated buildings. We need to make college free, with special incentives – like accelerated certification programs – for those studying to be educators to immediately fill vacancies, and then to reduce student to teacher ratios.

Politicians on both sides of the aisle have attacked public schools for decades. It’s going to take a united movement of educators, students, and families to win a massive investment plan for our schools, curriculum that meets the needs of students (not out-of-touch politicians), and policies that address the underlying issues that background public education, like affordable healthcare, good jobs, and quality housing.