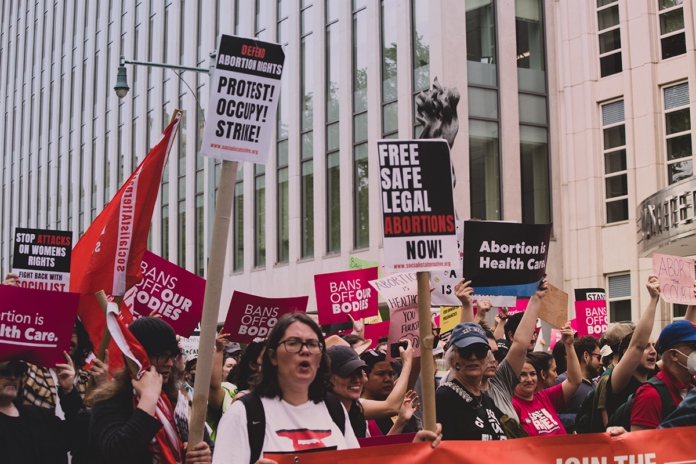 On August 25, abortion bans in Tennessee, Idaho and Texas took effect after the required thirty days since Roe v. Wade was fully overturned. Not long after on September 16, a similar ban took effect in West Virginia. These are just four of thirteen states across the country that had trigger bans in place in anticipation of the Dobbs decision. As of now, almost all of those trigger bans have become law.

All four states have put forward almost complete blanket bans, with some exceptions only in cases of rape and incest or medical emergency.

The response to the bans has been chilling, with media outlets sharing stories of pregnancies turned into medical nightmares and doctors withholding care while their patients are in danger of losing their lives, for fear of committing a felony while doing their jobs. A poignant example of this is in Tennessee, where criminal defense lawyers such as Chloe Akers are now having to consider what it will mean to take doctors on as clients if they breach the new laws.

“The defense [of the doctor] does not prevent a felony charge and, if convicted, a medical professional could face as many as 15 years in prison, a $10,000 fine, loss of employment, significant legal fees, loss of their medical license and loss of voting rights,” Akers said.

Those charges are nothing short of barbaric, not the least of the issues being that they force healthcare workers to make decisions directly at odds against the Hippocratic oath, stating that they “will do no harm or injustice to [patients].” Nurses and other medical professionals will be put in an unbelievably difficult position of choosing the care they have promised to provide or the law preventing them from giving it.

Elizabeth Weller of Texas said in light of the medical malpractice she experienced due to the new laws, “It’s just really unimaginable to be in a position of having to think: How close to death am I before somebody is going to take action and help me?” She is far from the only one asking that question, with at least one in three U.S. women now unable to access abortions in their home states.

The implications of these bans are resounding. People will be forced to carry unwanted pregnancies to term with long-term disastrous consequences. Working people most affected by these bans often aren’t granted (or able to afford) parental leave from work. Food costs are higher than they’ve been in decades, and jobs aren’t paying nearly enough to make up for that or rising costs of rent. The formula shortage still hasn’t fully let up, making things even more difficult for new parents.

It also has to be noted that among the wealthiest nations in the world, the United States ranks in the bottom ten for maternal mortality rates with 23.8 deaths per 100,000 live births. When looking specifically at Black women, that rate jumps significantly to 55.3 per 100,000 live births. Texas, Tennessee, Idaho, and West Virginia all are among the states with the highest infant mortality rates, with upwards of eight in every thousand babies not surviving. It’s also significant that the rate of teen pregnancies in these states are extremely high, ranging from every 14 to 23 out 1,000 births being that of a teen parent.

Attacks From the Right

These attacks on reproductive rights are part of a string of attacks from the right wing, which has been emboldened by the lack of a fightback from the Democratic Party and mainstream women’s organizations.

At the same time as we see these trigger bans going into place, we’re also seeing attacks on queer and trans youth across the country, even in states like Pennsylvania that have been considered “blue” and therefore “safe.” Echoes of “Don’t Say Gay” and anti-trans bathroom laws are being heard in corners of the country that working people didn’t expect, and there has been absolutely no real pushback or response from liberal NGOs or the Democratic Party.

All of that said, Republicans are pulling back from spitting rhetoric about both abortions and attacks on the LGBTQ+ community as a result of public opinion skewing overwhelmingly towards being in favor of abortion rights. Instead they’re consciously choosing to place more emphasis on economic issues.

We also are seeing some abortion laws hitting complete standstills in conservative states such as South Carolina. State legislatures, even those predominantly Republican, are splintering over fine details of the laws. Some say that they don’t go far enough and are pushing for the most draconian policies like those in Texas, and other are saying the laws go too far by banning abortion in cases of rape and incest.

Where is the Fightback?

The Democrats have, unsurprisingly, been extremely quiet through this process of trigger bans going into effect. The most resounding call from them, in fact, has simply been to “vote blue” and ask for donations. With midterms around the corner, the abortion fight is a talking point and nothing more.

Even on June 24th when Roe was overturned, Texas gubernatorial candidate Beto O’Rourke had the gall to go to the protest of thousands in Houston and ask for votes. The response was resounding as the crowd, led by Socialist Alternative members, chanted “voting blue is not enough, Democrats we call your bluff.”

While the right and Trumpist Republicans are the ones that have been actively passing these abortion bans, the Democrats are complicit through their complete and utter inaction not just in the past 6 years, but in the last 50 since Roe came to be with their refusal to codify it. We wouldn’t be in the position we’re in if they had made Roe the law.

There has been very little response to the attacks on abortion from Planned Parenthood, Women’s March or any of the other plethora of liberal NGOs that have championed women’s rights over the years. Planned Parenthood’s spineless response has been to direct people to other locations in states still offering abortions, all while not properly staffing those locations to help cover the influx of new patients and unionbusting as the workers at those locations fight for better working conditions in the midst of the crisis. This is particularly poignant in states like West Virginia, where there was a clear opening for a fightback in July when HB 302 stalled in July. The ACLU in Texas has put up some fight by suing the state and working to block the abortion ban, which was successful for a short period. Since then, they’ve posted a few things on their Instagram but put forward no real fight or path for action.

We Need a Socialist Feminist Movement

The landslide victory against an anti-abortion ballot measure in Kansas shows that abortion rights remain extremely popular, even in traditional Republican strongholds. Activists in Seattle, led by socialist City Councilmember Kshama Sawant and Socialist Alternative, won legislation making Seattle the first “abortion sanctuary city” since the Dobbs decision, allowing all those targeted in other states by anti-abortion laws to live in Seattle safe without fear of prosecution. Similar abortion sanctuary legislation is gaining ground across the country, such as in New York City.

Measures like this are possible, and necessary, elsewhere as well. Socialist Alternative members have successfully achieved abortion sanctuary status in Dane County, WI, where abortions were halted in June following the draft leak of the Dobbs decision. While the far right is loud and growing, it is no match for what can be won if working people come together on the basis of a militant movement, prepared to do whatever it takes to defend our rights. We can have no faith that the Democrats or liberal NGOs who haven’t put up one ounce of a struggle to protect abortion rights will save the day. If we want to win back the right to legal abortion, it will have to be done through a genuinely mass movement on the scale of the movement that won Roe in the first place.