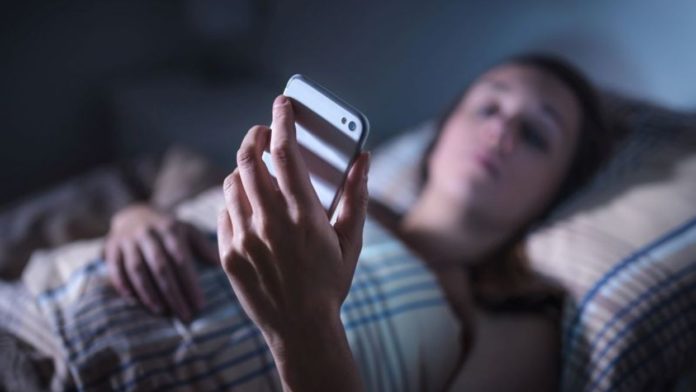 The relative fast pace of vaccination in the U.S. has been an enormous relief for tens of millions. People are able to reunite with family members and friends.

But the real toll of 15 months of isolation, the psychological and social effects on the population, is still revealing itself as many struggle to readjust. The distress of quarantine and social disaster have been compounded by a contraction of resources available to working class people as the mental health system, shelters, and social services have faced unprecedented tests.

While children and teenagers were, at least initially, considered less likely to experience the worst of the virus’ symptoms, they have been far from immune to the pandemic as a whole. Social distancing, online learning, and unparalleled disruption of daily life, especially during key phases of childhood development, will leave many young people struggling to cope in the coming months and years.

The “pandemic within a pandemic” of the childhood mental health crisis, learning loss, and trauma will have a long-term impact that demands a response.

A Year of Living Online

The onset of the pandemic was a drastic life change for everyone, including children. No age group was spared. Parents of children under five reported increased defiance, fussiness, and separation anxiety, while three studies found restlessness, irritability, anxiety, clinginess, and inattention on the rise.

Virtually overnight, a majority of kids were cut off from some of the most important factors in their psychological development. Quarantine meant day-to-day life involved excessive screen time, decreased physical activity, and mandated separation from social networks.

Over a third of adolescents described high levels of loneliness. Heightened boredom, frustration, and sleep disorders became common. But the distress was often much deeper and more severe, with alarming rates of anxiety, depression, and suicidal ideation. In 2020, mental health related emergency room visits rose 24% among children 5-11 years old, and 31% in adolescents 12-17. While much of this can be chalked up to quarantine and disconnect from social supports, grief has played a major role: among the 600,000 lives lost are parents, grandparents, relatives, educators, and family friends.

This was all met with a dramatic collapse of mental health resources with hospitals overstretched and school resources made digital. Children recovering from suicide attempts were placed in surgical beds for lack of space, and Colorado Children’s Hospital declared a state of emergency amid a flood of urgent pediatric mental health crises.

For some households, quarantine offered a chance for family bonding, while others found coexistence more difficult. For a concerning number of children, quarantine was like being trapped inside a nightmare. Families cooped up for long periods of time, with financial hardship and heightened stress, formed a breeding ground for a surge in household violence including child abuse and neglect. Worse is how much has gone undetected.

When subject to constant monitoring by abusers, lacking in-person interaction with mandated reporters, and cut off from safe havens like school, friends, and extended family, what are victims’ options?

Disproportionate job losses and a childcare crisis forced many women out of the workforce. For victims of domestic violence, this not only meant quarantining with their abusers, but being paralyzed by fear of contracting or transmitting the virus if they sought help. Many domestic violence shelters and homeless shelters were forced to reduce their capacity, or close their doors entirely, for COVID safety. While intimate partner violence and child abuse can go hand-in-hand, even witnessing violent episodes in the home will have long-term impacts on a child’s emotional well-being and safety.

Research on previous, short-term pandemic quarantines like SARS show a high prevalence of PTSD in children and adolescents after the fact. We can only begin to imagine the long-term effects on the generation quarantined for over a year, in the midst of countless other social crises ranging from poverty, food and housing insecurity, escalating gun violence, and a worsening opioid epidemic.

Now, kids are returning to in-person school with a colossal lack of resources. Countless educators are bracing for the most challenging school year of their careers. Behavioral adjustment to the classroom environment will be a struggle falling primarily on educators’ shoulders. School psychologists, social workers, counselors, and nurses are in critically short supply.

The average ratio of students per school psychologist is 1,500 to one  – three times the recommended ratio of 500. Social workers are responsible for 1,200 students on average, more than five times the recommended ratio, which no state in the country currently meets. Millions attend schools that have no social workers or school psychologists, and only half of schools have a dedicated full-time nurse. Finding hires for these positions is exceedingly difficult due to the debt associated with becoming qualified and the meager incentives offered to forego better salaries in the private sector to serve in underfunded public schools.

The $129 billion in COVID relief to schools will help, and Biden has asked districts to allocate some of the funds to mental health. However, this relief is only short term, and schools will have to make impossible choices in distributing these resources. How do they choose between hiring new staff, a long-term expense that will outlast federal relief, while also ensuring necessary safety measures like sanitation and ventilation are addressed?

Students are behind academically. The learning loss will have significant long-term impacts, especially at the primary level. As spring 2021 test results roll in, reading levels are down across the country alongside math and spelling, to say nothing of the up to seventeen million children without high-speed internet and devices, or who never logged in at all. Parents are having to decide whether to have their children repeat grades. The unjust standardized testing benchmarks that dictate school funding haven’t gone anywhere, and create grim prospects for schools’ ability to catch up. Meanwhile, for low-income and less educated households, the learning loss exceeds that of the general population by 60 percent. One research model predicted that the setbacks for high schoolers from the poorest neighborhoods will reduce their future earning potential by 20 percent.

A Future Worth Fighting For

The crisis of the pandemic has engulfed every aspect of young people’s lives. There needs to be a strategy to intervene on all fronts from schools, to households, to entire communities. This will mean fully funding public schools on a permanent basis not attached to high stakes standardized testing, and using federal funds to hire teachers and support staff en masse to help students catch up academically.

To meet the urgent mental and behavioral needs of students, incentive programs must be created to help people quickly and affordably become youth mental health care providers. More money needs to be allocated to domestic violence services, after-school programs, and community centers. We need a Medicare for All system with free and widely available mental health services.

These demands could be fought for and won if we build a sufficiently combative mass movement. Young people will have a critical role to play in demanding that their schools are adequately resourced. As school restarts in the fall, students should initiate discussions with one another and their teachers about the resources they need. This can be a jumping off point to organize actions including school walkouts to demand funding.

In reality, the crisis facing kids today predates the pandemic. Depression, anxiety, PTSD and suicides were already on the rise among children. The fact that kids at the start of their lives could suffer so acutely is a fierce condemnation of the system that allows inequality, deteriorating job prospects, climate catastrophe, and a rapidly fraying social fabric to dash their hopes for a better future.

Winning all that we need will take nothing less than a movement-driven overhaul of the system. And fortunately, this type of collective struggle is a powerful antidote to the alienation and powerlessness that’s played a central role in the crisis. To win real change means a strong movement, regular democratic meetings to discuss strategy, outreach to other students, parents, and educators, protests against the politicians and school admin holding back progress, and a common struggle for a better world.

From the global climate strike movement, to the George Floyd rebellion, to the countless mass revolts taking place worldwide in recent years, while young people have suffered from this system they too have been a driving force behind ground-shaking movements. As the crisis of capitalism deepens, it will only become clearer to legions of young people that the fight for their future is for a socialist society built on collective well-being, not misery and exploitation.