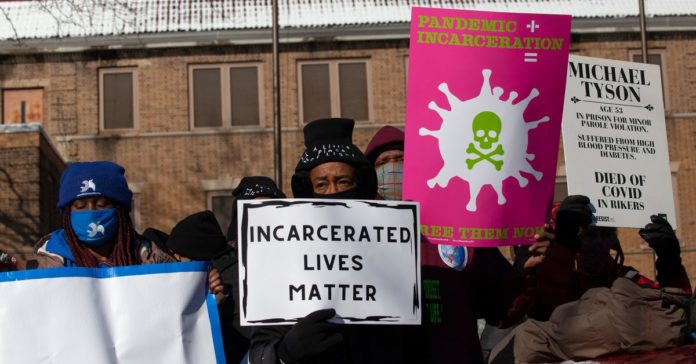 Andrew Cuomo, governor of New York for more than a decade and son of three-term governor Mario Cuomo, is no stranger to corruption and shady backroom deals. His long tenure in office has been marked with repeated scandals. These include a close aide directing state business to firms who paid more than $300,000 in bribes, and the formation and then abrupt dismantling of an anti-corruption commission once the commission turned its attention to Cuomo’s own office. Cuomo, a Democrat, was even willing to orchestrate a bizarre coalition government in Albany which effectively gave Republicans a legislative majority in the State Senate, although Democrats held a majority of the seats, all so that he could retain his role as middleman of every political deal. Again and again, Cuomo has proven himself to be more than willing to sell out the people of New York if it means he can advance his career ambitions or line the pockets of his friends and allies.

Rise and Fall – From Early Pandemic Fame to Multi-Scandal Catastrophe

Last spring, at the beginning of the pandemic, Cuomo enjoyed a moment in the spotlight as much attention was drawn to his daily coronavirus briefings, seen by some as an example of competent leadership in contrast to the Trump administration’s undoubtedly disorganized non-response. Cuomo was overjoyed with his newfound celebrity, obsessively tracking his television ratings, and was quick to capitalize. With the COVID coast far from clear, Cuomo published his book, “American Crisis: Leadership Lessons from the COVID-19 Pandemic,” in the fall, netting a seven-figure advance from the deal.

Today, Cuomo finds himself at the center of multiple scandals worse than any in his long career so far. He is the subject of multiple investigations at the state and federal level into his various misdeeds, and is suddenly alone as few of his colleagues are willing to pay the political price for coming to his defense now.

The first of these scandals, which came to light earlier this month, concerns the lengths Cuomo was willing to go to protect his reputation: including, it seems, lying to the public about the number of COVID-19 deaths in New York’s nursing homes. As he was starting work on his book about his courageous leadership through the pandemic, senior aides in Cuomo’s office rewrote a June health report to remove the high number of nursing home coronavirus deaths in the state (over 9,000, the highest figure nationally). Cuomo is currently the subject of a resulting federal investigation into the matter, and has been stripped of the emergency powers initially granted to him to deal with the pandemic.

With more breaking news every day, eight women have now bravely come forward with allegations of sexual harassment against Governor Cuomo. Many of these women are current or former staffers at Cuomo’s office in Albany, and his alleged conduct includes inappropriate and suggestive comments, unwanted physical touch, and even outright groping. The fact that much of this abuse occurred in the workplace is no coincidence; women around the world are subject to harassment and sexual violence at work, with few safe system for reporting abuse or mechanisms to hold abusers accountable (especially in non-union workplaces). Cuomo and too many other bosses take advantage of women who have no option but to show up to work everyday to earn a living.

Left out of the conversation about Cuomo’s resignation-worthy scandals in the last month has been his gross mishandling of the COVID-19 pandemic in New York’s prison system. In New York’s prisons alone, over 6,000 people have tested positive for the virus, and at least 35 have died. Correctional facilities are outdated, overcrowded, and leave very little opportunity for social distancing or proper ventilation. As a result, and as public health officials have been warning since the start of the pandemic, prisons and jails have been hotspots for COVID-19.

The infection rate in New York’s prisons is 50% higher, and the death rate three times higher, than the rates in the state’s general population. At the beginning of the pandemic, Cuomo issued a hopelessly weak order allowing for the release of some people convicted of low-level offenses, whose release dates were already coming up. As a result of these ridiculously narrow conditions, New York’s prison population has been reduced by a pitiful 11% – compared with neighboring New Jersey, where Governor Phil Murphy reduced the prison population by 35% in light of the pandemic. Michael Tyson, the first person to die of the virus in one of New York City’s jails, died on Rikers Island where he was being held on a technical parole violation. He didn’t meet Cuomo’s conditions for release because of previous convictions for which he had already served his sentence.

As Governor, Cuomo has the unilateral power to grant clemency and commute someone’s prison sentence, providing for their immediate release. Since the pandemic began, Cuomo has used this power to release a grand total of 10 individuals.

As the vaccine rollout proceeds, we would expect those in New York’s prisons, with little to no opportunity to take the necessary health precautions, to be prioritized. Unsurprisingly, but still tragically, that has not been the case. In fact, for about two months after vaccines first became available for those in nursing homes and other crowded settings where social distancing is difficult, Cuomo was outright refusing to make incarcerated people eligible, even as corrections officers and other prison staff started getting vaccinated.

Only after a lawsuit by two men on Rikers Island who argued that they were unfairly being denied access to the vaccine did Cuomo agree to start vaccinating those 65 and older and with underlying medical conditions in prisons. Even still, many suspect the state’s Department of Corrections and Community Supervision (DOCCS) is vastly undercounting the number of people eligible due to underlying conditions (estimated by DOCCS to be just over 10% of the incarcerated population). Who knows when the rest of the prison population, those under 65 and without pre-existing conditions, but still vulnerable to infection in the overcrowded facilities, will become eligible.

The state of New York alone has a higher incarceration rate than many wealthy countries like Canada and France, housing 443 of every 100,000 people in its prisons and jails. Black New Yorkers are disproportionately represented in the state’s correctional facilities, making up 53% of the incarcerated population and just 16% of the general population. About ⅓ of prisoners in New York are in custody for nonviolent offenses.

Police and prisons are tools of the ruling class used to impose social control, diminish the potential for movements against injustice to develop, and to maintain the “law and order” which keeps capitalism running. Even without a global crisis like the pandemic, our criminal justice system takes a violent and deadly toll on the population. Instead of addressing the income, education, health, and housing disparities which are the real drivers of most crime, the American ruling class simply leans on brute force policing and imprisonment as solutions. This includes sending militarized police forces to patrol poor, often Black neighborhoods, rounding up those who dare push back against the cruel brutality of capitalism or whose destitution threatens to expose it to the public, and sending them off to prisons and jails. Countless lives and families are destroyed in the process.

The prioritization of policing and prisons is a bi-partisan project. The 1994 crime bill was passed under the Democratic Clinton administration, and championed by Joe “Shoot ‘Em In the Leg” Biden – who now, at the end of March 2021, has yet to touch the “comprehensive criminal justice reform” he promised to get done within his first 100 days in office. In June, while New Yorkers flooded the streets demanding justice for the families of George Floyd, Breonna Taylor, and countless others murdered by the racist criminal justice system, Andrew Cuomo was working on the first draft of his book and sentencing those trapped in the state’s crowded prisons and jails to death. His advice to protesters demanding far reaching police reform? “You don’t need to protest. You accomplished your goal.”

Add COVID-19 to the mix and Americans in jails and prisons, who at the best of times are paid pennies for forced labor and treated with little to no humanity, are vulnerable to the most horrific abuse and neglect.

The Whole System is Broken – We Need a Political Alternative

Cuomo must go, and New Yorkers are right to be angry about these numerous scandals. But, as we’ve written: “The debate about impeachment cannot simply be about who is the “right” Democrat if Cuomo is the “wrong” one—it must center around the kind of politics and strategies that are needed to win structural change that Democrats like Cuomo have continuously blocked.”.

There is real disillusionment with Cuomo in the face of these numerous moral failings – his public approval rating has plummeted to 38% from its 71%-high at the peak of his coronavirus-briefing popularity. This provides a real opportunity. Progressive and DSA-backed politicians in New York should be linking the demand for his resignation and impeachment to these issues of vital importance to New Yorkers, in the process mobilizing support from organizations, community groups, and labor unions who are concerned with racial justice, fighting sexual harassment, and ensuring safe conditions for residents and staff of nursing homes. Getting into the streets, and getting organized as working people with the power to halt the flow of capital into the pockets of the 1%, bolstered by political leadership that is truly accountable to us and our interests, is the only way we will ever get the change we need – change we won’t get under Cuomo, or under another corporate Democrat replacement.