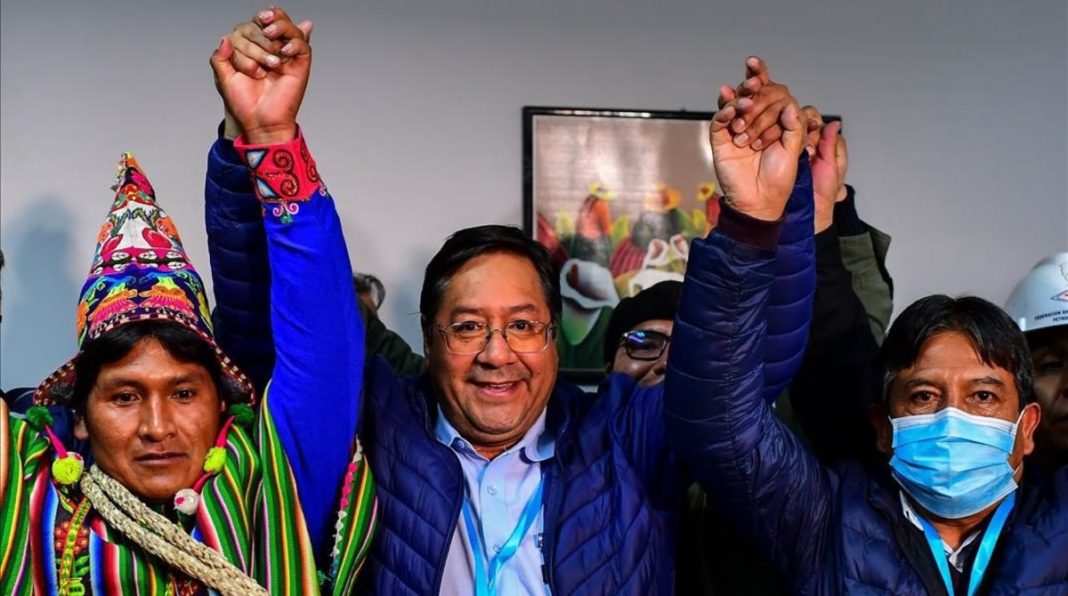 Below we publish an initial short reaction to the decisive electoral defeat inflicted on those behind the 2019 coup against the Evo Morales government in Bolivia. More detailed analysis will follow soon

Bolivia’s October 18 elections saw an evident defeat of the Latin American right and of American imperialism, against all its coup plotting, authoritarianism, racism and contempt for the rights of the people.

Those who promoted the coup and the murderous repression in November 2019 were categorically repudiated by the vast majority. We welcome this defeat of the right wing with enthusiasm.

The electoral victory of the MAS (Movement Towards Socialism) and Luis Arce Catacora would not have been possible without the powerful mobilization of the masses, which culminated in August. It was the direct struggle, the roadblocks, and the massive demonstrations that blocked the path of the coup and guaranteed that these elections could take place. We need to learn all the lessons from this.

Without the strength of the streets, it will not be possible to govern according to popular aspirations and, therefore, promote deep and radical social transformations. Instead of the search for reconciliation with the coup leaders, it is necessary to base ourselves on popular mobilization of workers, peasants and indigenous people.

In Bolivia, Brazil throughout Latin America, we must prepare for a struggle that will be difficult, but that can and must be victorious. Let’s go forward together and with our Bolivian and Latin American brothers and workers from all over the world!