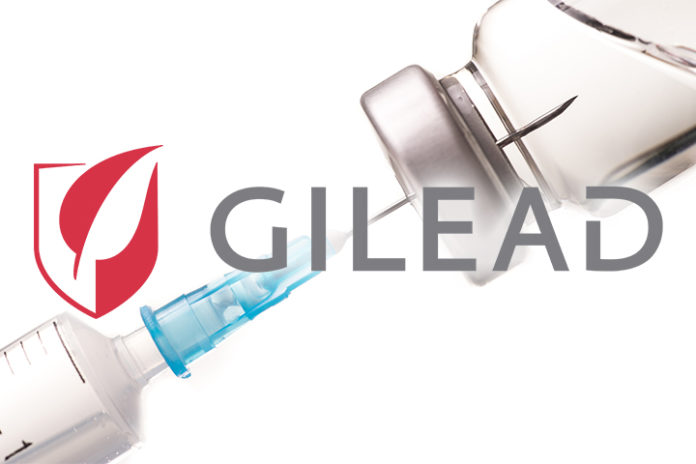 By Sophie Scholl and Jacob Druker

In 2004, as governments around the world panicked over a new outbreak of the highly pathogenic bird flu virus H5N1, Gilead Pharmaceuticals was riding high. They had developed a retroviral drug, oseltamivir, that was effective against the avian flu and contracted another biotech company, Roche, to bring it to market. Profits from the drug, branded Tamiflu, shot to $44.6 million in 2004, then quadrupled to $161 million in 2005. Former Gilead chairman and, at that time, U.S. Secretary of Defense Donald Rumsfeld personally realized over $5millionin capital gains from Tamiflu’s profits. And in 2009, with the rising threat of H1N1 swine flu, Tamiflu sales were worth almost $3 billion.

In the midst of the present COVID-19 pandemic, big pharmaceutical companies, including Gilead, are looking to replicate past successes. They have begun working overtime in search of what the rest of us hoped would be an end to our quarantine: desperately-needed vaccines and antivirals. However, when Gilead announced that a drug intended for use on COVID-19 patients, Remdesivir – which is currently being administered to Trump ahead of final testing – will be sold at the elevated premium of over $2,300per course, they revealed their true intentions. While rank-and-file workers within the pharmaceutical industry have dedicated years of study and work to creating the drugs we all need, the owners of the companies that employ those scientists are far less concerned with alleviating human suffering from disease and illness, and much more gripped by a ghoulish desire to turn pandemic into profit.

Recently Daniel O’Day, the CEO of Gilead, released a public statement about the pricing of Remdesivir where he justified a cost of over $2,300 per course on the basis of savings to the health care industry recouped by shortening patients’ hospital stays. He claimed Remdesivir shortens the average hospital stay by four days, saving providers over $12,000. He argues that his company is entitled to a portion of those savings, making his proposed price of $2,346 generous. But this rationale makes little sense. Remdesivir’s value to an individual is potentially that it saves their life; to society, its value is the promise of escape from this crisis a little sooner. These are necessities that most people would give anything for, and Gilead has clearly chosen to price the drug accordingly. Quoted in an LA Times column from June 29, Ben Wakana, executive director of Patients for Affordable Drugs, said the pricing of Remdesivir “proves that Gilead aims to profiteer off the COVID-19 pandemic.”

“Gilead will realize profits far in excess of its cost to develop and produce a drug that has yet to demonstrate it will save lives,” Wakana continued. This is just the latest in Gilead’s history of taking  maximum advantage of patients’ desperate need for lifesaving treatments to boost their profits into the billions per year. In 2013, Gilead launched a new drug for treating Hepatitis that they charged $84,000 per full course of the medication. Later on they charged even more, $94,500, for a full course of another medication for the same disease. It should be noted that the actual cost of making a full course of either of these drugs is estimated to be at most one-fifth of those prices. Furthermore, both of these drugs received partial funding by U.S. government research grants. And this is true of Remdesivir as well: simply manufacturing a full course of Remdesivir costs as little as $10 ($1 per vial for 10 days). U.S. taxpayers have already invested $70 million in Remdesivir’s development. This taxpayer money will add to big pharma’s profits, while anyone sick with COVID-19 but unable to come up with thousands of dollars will be unable to access the treatment.

It would be unfair to single out Gilead as the sole highwayman in drug production. Martin Shkreli made headlines as the man who raised the price of a drug used to treat parasites by more than 56 times overnight, and anyone who has ever needed insulin or an EpiPen knows that more often high prices are the norm as opposed to a freak occurrence. Business Insider reported that the price of Novolog, a commonly-prescribed fast-acting insulin, tripled in price from $93 per vial in 2009 to $290 per vial in 2019. Meanwhile, a “2-Pak” of EpiPens went from $94 in 2007 to over $700 in 2016. After pressure from Congress, EpiPen’s manufacturer Mylan allowed some cheaper generics to come onto the market by 2018.

These exploitative forces are a result of the profit motive of capitalism doing exactly what it does in every industry. The purpose of a private corporation is to extract profits. Whatever business or industry the corporation participates in is not the final goal of its existence. The goal of a car company is not to make cars, it is to turn cars into profit. The goal of a pharmaceutical company is not to make medicines, distribute medicines, or cure diseases. The goal of a pharmaceutical company is to profit from medicines. If Gilead wanted to cure people of COVID-19, they would be rushing to make the drug as cheaply and widely available as possible. But because profit is their only goal, they are rushing instead to make the drug as expensive as possible, just as they did with other medicines they developed. This system of undemocratic private ownership over an industry that provides lifesaving treatments can produce only endless, flagrant exploitation.

The successful GE ventilator strike shows the massive potential that all workers have to positively impact the response to the pandemic. Workers at Gilead and other price-gouging pharmaceutical companies can and should follow their example, organizing their workplaces and demanding an end to these predatory practices. Despite the dismal results of the U.S.’s response to COVID-19, workers can and should organize and strike for workplace safety, personal protective equipment, and living wages. In these struggles, the priorities of the corporations and the billionaire class are laid bare. To fully confront this system, working people will need to take control over production and redirect it from profit to human need. In order to fully combat COVID-19 and prepare for future pandemics, the entire healthcare industry should be taken into public ownership and control – including pharmaceutical research and development. As long as profit has a place in health care, there is no way to end pharmaceutical price-gouging. Ultimately, to provide a planned health care system that works for everyone requires doing away with the whole profit-driven capitalist system. By taking the profit motive out of the equation, we can more rapidly respond to major health crises and remove executives who only care about profits from the equation.