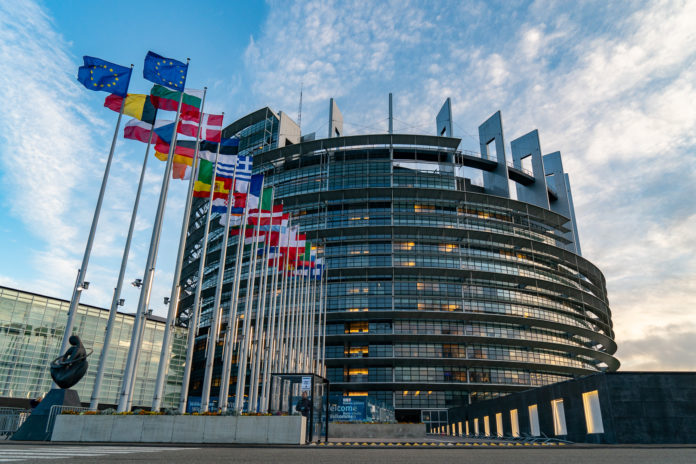 Last month saw a major clash between eurozone finance ministers with a 16 meeting ending in a deadlock before a face-saving meeting later agreed to a package of measures worth up to €540 billion. This has been heralded with much fanfare as a breakthrough and a “game changer” in terms of the EU’s response to this crisis and indeed to the structural problems of the euro itself.

However, when we drill down into the detail of what was agreed it becomes clear quickly enough that the €540 billion fund is not the “game changer” that the headlines suggested.

What exactly was agreed?

The package is a mixture of repackaged existing money such as the Commission’s €100 billion employment guarantee scheme. There are also extra guarantees to the European Investment Bank (EIB) to allow it to lend an extra €200 billion to member states.

The biggest part of the package is for up to €240 billion to be provided through the European Stability Mechanism (ESM). The ESM is an existing fund that was established in the wake of the last recession and euro crisis. It comes with strict conditions that obliges stringent austerity measures on any state that draws down from the fund.

These funds do not represent a break from pro-business policies and are in the main aimed at providing handouts to private business.

Another difficulty is that the funds are to be “geared up” to reach the €540 billion and depend heavily on lending from the financial markets. For example, the Commission’s €100 billion for an employment guarantee has been raised through borrowing from private money markets.

Any governments accessing these funds will have to incur more public debt. This in turn will result in public funds having to pay this off in the long run and therefore act as a dead weight on the economy and public spending in the years to come.

It remains to be seen if indeed this full €540 billion package will be used. Due to the conditions attached, and the fact that many states can access funds more cheaply elsewhere, many governments have already indicated that they will not be accessing these funds. Finance Minister, Paschal Donohoe, is reported as saying that Ireland is unlikely to access the ESM part of the fund “Given that we are currently able to borrow at a quarter of a percentage point, it’s very likely that Ireland will be able to find attractive terms (to fund its own programs)”.

The most contentious issue at the meeting of finance ministers was the issue of “corona-bonds”. Corona-bonds were proposed by the Italian government and supported by the French, Spanish and six other governments including the Irish government. The bonds are essentially a repackaging of the “euro bond” proposal that was put forward in the last recession. The idea is that the eurozone would sell bonds and raise funds at better rates than many individual member states could obtain.

This would mean that states like Italy, Spain, Greece who have difficulties in accessing cheap credit due to their high debt levels and weakening economies, could access cheaper funding on the back of the better credit ratings of countries like Germany, Netherlands and Finland. It would essentially see the likes of Dutch or German capitalism acting as a guarantor for debt used to fund public spending in other states.

Led by German capitalism, these states have insisted on strict conditions to any issuance of common debt and have essentially blocked the proposal. This wing of the EU capitalists won out last week, albeit in giving a concession on conditions being relaxed for health spending related to Covid-19, and a measly concession to agree to discuss corona-bonds in the future.

Tensions in the EU

This has highlighted that the tensions at the heart of the Euro and the EU itself have not gone away. The fundamental contradiction of a common currency without internal mechanisms to correct imbalances between states still exists. This contradiction calls into sharp focus the inability of the various capitalist classes in Europe, who are in competition, to integrate economically.

The EU likes to portray itself as a body that promotes international cooperation and solidarity. However, the coming of the Covid-19 virus to the continent rapidly exposed this as no more than empty phrases. We have seen this with the shooting down of the “corona-bond” proposal, however it has been evident in many spheres.

Borders between states were rapidly closed with next to no planning, leaving many people stranded. The Baltic states even had to charter ferries to repatriate its citizens after the Polish border was closed.

Most shockingly many governments also moved rapidly to prevent the sharing of vital medical goods, including the German government blocking the export of vital medical products to Italy and the French government blocking masks bound for Spain and Italy. The fact that this was happening as the infection and death rates in Italy and Spain were soaring, with a health service bursting at its seams, will not be forgotten by working-class people in those countries and has damaged the EU project.

The Eurozone is heading toward its harshest recession in its history. This is acknowledged by the European Central Bank (ECB). Its vice-President has stated that Europe is likely to face a more severe recession than the rest of the world.

The Eurozone is projected to see its economy shrink by 13% this year. To put this in context, the worst decline in the last recession was 4.5%.

Before the Covid-19 crisis, it was clear that Europe’s debt crisis had not gone away. Eurozone public debt as a percentage of GDP is at 84%, nearly 20% above where it was in 2008. This has been projected to increase to 112% by 2022, and as much as 167% for Italy. Italian banks also have colossal amounts of bad debt and were already struggling. Italy is the new weak link in the eurozone which will come into sharp focus when restrictions are lifted.

Ashoka Mody, who was previously the IMF’s Deputy Director in Europe, has stated that the Italian state alone will need between €500 billion — €700 billion to prevent a financial chain reaction from a banking and sovereign debt crisis. Mody points out that the EU can’t be relied on to provide such a “firewall” and has called on global capitalism to step in.

The last recession triggered a profound crisis in the euro. However, this time the Italian economy is on a much bigger scale than Greece, Ireland, Cyprus or Portugal. Italy is the third largest economy in the EU, it has approximately €2.4 trillion in state debt, and its banks have approximately €5 trillion of assets. The situation in Italy will be a major test of the euro and the EU, a test that could threaten the existence of the euro as we know it.

As well as the precarious nature of the Italian economy and banking system, there are several other factors that are difficulties for the eurozone. The EU enters this crisis in the context of a global recession and therefore unable to use export-based growth to mitigate the crisis in the same way as it did in the last crisis. In what is a different approach to the last recession, The ECB has stepped in already to pump money into the system, however with historically low interest rates and quantitative easing (QE) already being deployed in record numbers, the ECB has less room to have an impact.

The EU faces this recession with less political ability to implement austerity policies after traditional parties of capitalism have fallen like dominoes for their imposition of austerity. Another round of austerity being imposed by the EU will be met with a sharp rise in opposition to the EU and the growth of forces who favor the withdrawal from the EU. Already in Italy anti-EU sentiment has increased following the blocking of essential medical equipment entering the, an imposition of austerity in Italy by the EU could represent a tipping point.

The departure of another state from the EU would be happening while the EU is still coming to terms with the departure of the UK, which represents a major blow to the prestige and position of EU and poses existential questions regarding the EU project, and this happening at a time of increased competition from other capitalist blocs such as the US, China and Russia.

Given the scale of the crisis facing capitalism in the EU, the very existence of the EU and euro can be starkly posed. An uncontrolled collapse of the euro would be a disaster for all the capitalist powers in the EU. In such a climate, it cannot be excluded that pressure can be such that the “Northern” capitalist states are forced to make moves towards increased integration, and even a degree of common debt such as limited “corona-bond” programs, or possibly an enlargement and alteration of the ESM fund.

However, on balance, the main dynamic at this point is towards more disintegration and increased competition inside the EU.

For a socialist Europe — not the bosses’ EU

This highlights that despite the spin from the EU the barriers of the nation state have not been fundamentally overcome. The EU is ultimately a coming together of national capitalist classes to compete globally with other blocs, however at the same time they are in competition with each other for profits and for global influence. Any integration is solely to defend their own interests and at the expense of workers’ rights and living standards. They are incapable of genuine integration and an international response to tackling Covid-19, or any of the challenges we face such as climate change and inequality .

The only force that can bring about genuine international cooperation is the working class. The working class has no vested interests in weighing up profits and people’s safety, nor in imposing neo-liberal policies or denying the rights of workers in other countries.

A socialist Europe would not be built through the capitalist club that is the EU. Instead it would be built on the basis of genuine solidarity between working people. It would see the democratically planned use of the continent’s vast resources so that instead of workers being pitted against each other by the capitalist establishment and the far-right, they could be shared and utilized to guarantee the access of all to the public services, jobs and a decent future, ending inequality and discrimination while protecting the environment and ending the imperialist exploitation of European capitalism’s former colonies.