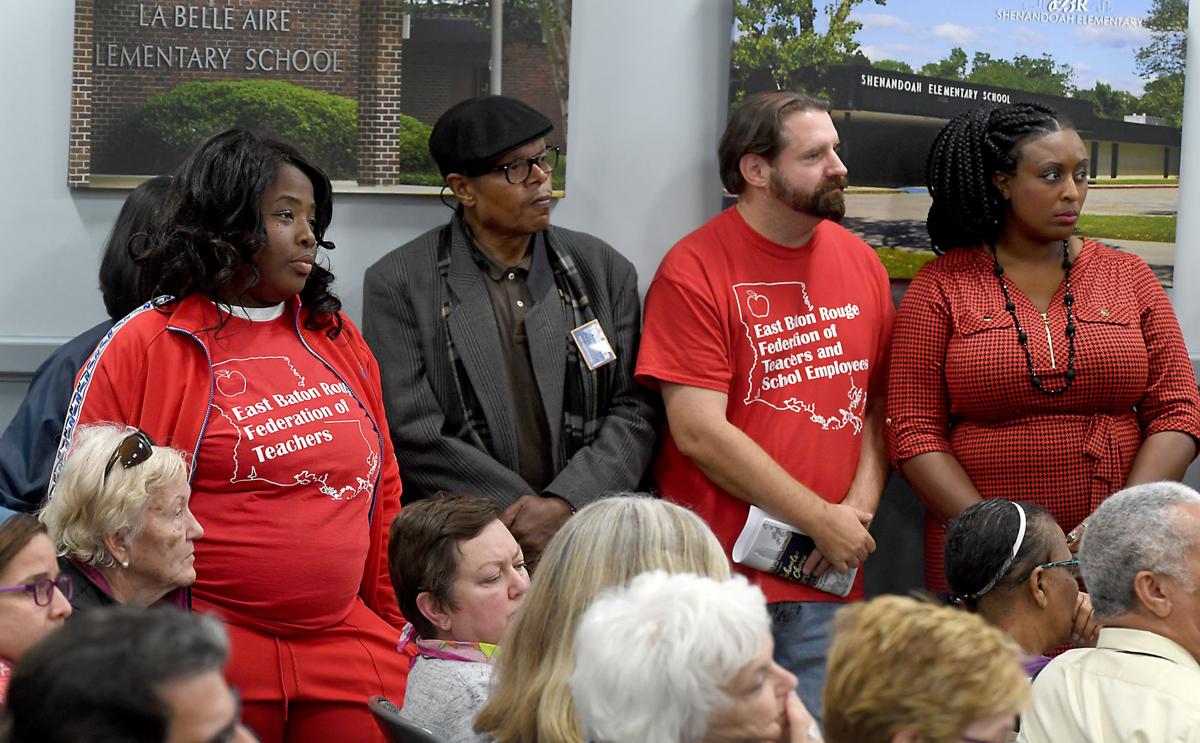 Despite the uptick in strike actions, the teachers revolt, and the recent blue wave, the right wing continues their assault on unions, spending millions of dollars on billboards, canvassers, and anti-union propaganda. While many union leaderships have limited themselves to campaigning for Democrats and fighting this right wing assault with their own mailers, the real fight is being led from below. From Ontario, Canada to Oaxaca, Mexico, from Louisiana to Los Angeles, rank-and-file educators must build a mass movement against corporate welfare, school privatization and cuts.

Ten months after West Virginia teachers sparked the largest strike wave by educators in decades, the pace of strikes may have slowed some but the spirit of West Virginia lives on. Despite the Supreme Court’s recent ruling on Janus v. AFSCME, which sought to undermine public sector unions, the education sector has some of the highest union density nationally with around one-third of education workers being unionized. Janus eliminated agency fees – also known as fair share dues – paid by non-members who benefit from collectively bargained contacts.

The teacher uprising will only make right-wing forces, including think tanks such as the so-called Freedom Foundation with its “Opt Out Today” campaign and the State Policy Network’s “Messaging Guide” funded by such familiar names as the Koch and DeVos families, more determined to attack the teacher unions. But we should not forget that under Obama, the Democrats were also determined to drastically weaken teacher unions, as evidenced by both major national educator union affiliates, the American Federation of Teachers (AFT) and the National Education Association (NEA), passing resolutions in 2014 condemning Arne Duncan, the Secretary of Education under Obama (Politico, 7/13/2014).

In Louisiana, tax breaks for ExxonMobil over the past two decades have cost the East Baton Rouge Parish (the Louisiana equivalent of a county) $700 million in revenue. Meanwhile, school busses desperately need repair, teachers haven’t all seen a raise since 2008, and more than $10 million a year of public school funds ends up in charter schools. On October 23, however, educators and school workers in the East Baton Rouge Parish Educators Association fought back; they voted by 99% for a one-day walkout in response to ExxonMobil demanding $6 million in property tax exemptions from the city. Hours after the vote, which included a call to pack the hearing on ExxonMobil’s bid, the threat of a strike had beaten back the oil giant, which withdrew its demand. Educators must build on this victory, both to close tax loopholes big business has pried open and to win permanent funding for our schools by taxing the highest earners and big business (LaborNotes.org, 11/15/2018).

On the other side of the continent, Los Angeles teachers voted by 98% to authorize a strike before the school year began. The United Teachers of Los Angeles (UTLA) is fighting to reduce the time and money spent on standardized tests, for smaller class sizes, for raises so teachers can afford to live in LA, and to rein in unaccountable charter school spending. Educators have been calling on the district to be transparent with the budget and prioritize students over the corporate profits of Pearson. With an economy larger than Britain, there is no question that a tax on big business in California like the recently passed “Google Tax” in Mountain View, CA, the home of the tech behemoth, would solve the problem.

A strike still looms as the UTLA has nearly exhausted other avenues to an agreement. Failing to settle with the UTLA before the school year began, the district went into mediation in September which ran into the ground a few short weeks later. A strike of public schools in the second biggest city in the U.S. could reinvigorate the teachers’ revolt and catch the attention of the nation.

In Washington State, with the most regressive tax structure in the country, school districts got a brief reprieve this year after fighting in the courts for nearly a decade for adequate funding. But even with Democrats in control of both state houses and the governor’s mansion, winning a one-year supplemental budget of $1 billion was just the beginning of the fight. Over a dozen districts began the school year on strike and many more held strike authorization votes.

For example, more than 2,000 educators and hundreds more community members in Tacoma, WA walked the picket line for seven days and won a 14.4% raise, a relatively modest victory compared to some in the state! Regressive funding, like the property tax levies which many of WA state’s large cities rely on but most heavily burden working people, the middle class, and renters who see rents rise with property taxes, all but guarantee a two-tier school system – one for the rich and one for the poor.


A Revolt Not Just For Teachers


In November, the school district of Port Angeles, WA saw the first strike of the year led by paraeducators. Despite having seen a one-year budget increase of nearly 40%, which included almost $1M specifically for raises, the district only offered a 3.5% raise to paraeducators, whose union responded with a demand of 22%. Out of 115 paraeducators in the small district, 87 voted to strike – about 96% of ballots cast. Schools were closed for two days as teachers honored the picket line, despite having already settled with the district. Earlier this year drivers for First Student, which holds the main transportation contract with Seattle Public Schools, struck and won big gains in their health-coverage and a first-of-its-kind pension plan for school bus drivers (Seattle Times, 2/10/18).

Public schools urgently need a tax on big business and the rich to ensure full funding, regardless of the state or ZIP code. This means moving away from property-tax based funding for schools and toward statewide and federal funding for education financed through taxing the rich and biggest corporations.  In order to do this, we must build a mass movement for smaller classes and to bring wasteful spending on standardized tests and unaccountable charter schools under control. Educators and school worker unions should hold rallies and mass actions to build statewide and, where appropriate, municipal support for taxes on big business.

As we enter 2019, it is clear the uprising of educators will not be easily returned to Pandora’s Box. But to continue winning victories means a new, fighting leadership must be built in our unions. Educators in West Virginia formalized the massive Facebook group that made up the core organizing tool of their historic strike by recently forming the rank-and-file caucus, WV United, made up of members from both NEA and AFT locals. A key task now is to build democratic, rank-and-file organizations, like WV United, within our unions and in our unorganized workplaces around the country to sustain this wave of struggle. Recently, educators in the Chicago Teachers Union, employed by the Acero charter school network in Chicago, went out on strike for higher pay and smaller class sizes. This is the first strike of its kind – charter school employees are rarely unionized, though that is changing. This is a further indication of how the strike wave of 2018 is not an end-point but, in reality, the beginning of a new, militant chapter in labor’s struggle against school privatization and for fully funded, high-quality public education.