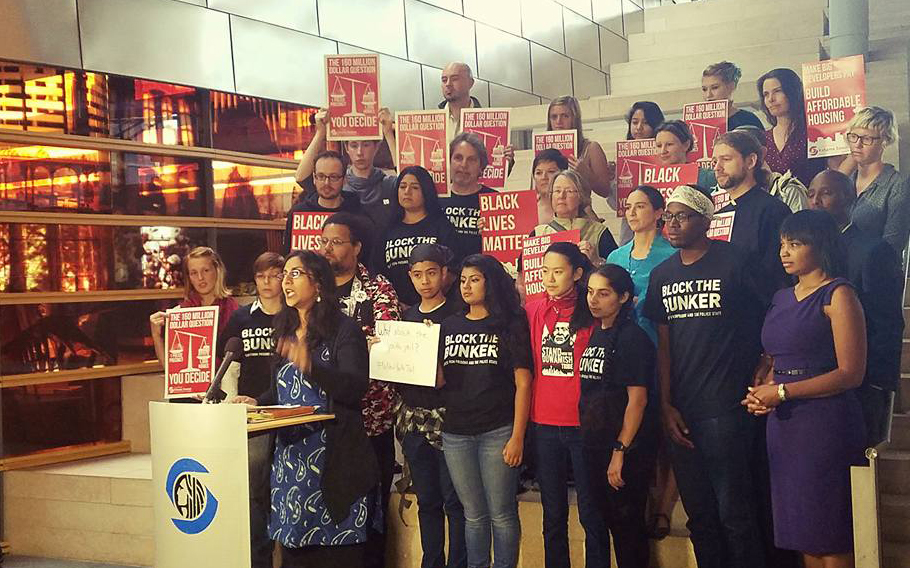 The following press release was originally published at Sawant.Seattle.gov.

SEATTLE – Councilmember Kshama Sawant (District 3, Central Seattle), issued the following statement in response to the announcement that the North Precinct Police Station project has been blocked:

Today in Seattle, anti-racist and social justice activists scored one of the most important victories nationally since the Black Lives Matter movement began in 2014. We have stopped Seattle’s political establishment, the Mayor and the majority of the City Council, from wasting $160 million of public funds on further militarizing the police by building an extravagant and unneeded new police station. Those resources should instead be used to build 1,000 units of affordable housing, and in our current housing crisis, City officials should do that with all due haste.

The Mayor and majority of Council has been forced to retreat from their previous insistence on building the most expensive precinct in the country because of the sustained and intense public opposition and protests. Block the Bunker organized major demonstrations including a protest of 400 people opposing a pro-bunker resolution sponsored by Councilmember González and supported by the majority of Council. Activists questioned the Mayor on his priorities at each of his speaking engagements, including James Kahn from my office during the Mayor’s “Find-it-Fix-it Walk” in the Central District, and Rashad Barber at a recent fundraiser for activists opposing the Dakota Access Pipeline. My office organized a tour of thecurrent North Precinct Police Station along with activists from the Seattle/King County NAACP, homeless advocates, housing providers, and socialists, along with members of the media, revealing the unnecessary nature of this huge expenditure.

Our movement made it clear the establishment would face a ferocious challenge over where those resources would go, and they would have to publicly explain why they thought an upscale new police station was more important than homes for a thousand families.

The Mayor’s press release is very clear – he is still firmly committed to building a new North Precinct Police Station and has only removed it from the 2017 budget due to intense community pressure. We need to step up that pressure and organize a strong enough movement to truly end this project and instead make sure the City’s $160 million is used to build 1,000 affordable homes.

Join me at Washington Hall next Thursday, September 22nd at 6 PM, to celebrate this victory and to discuss how we can continue building a powerful movement to demilitarize the police and invest in our communities by building affordable housing.