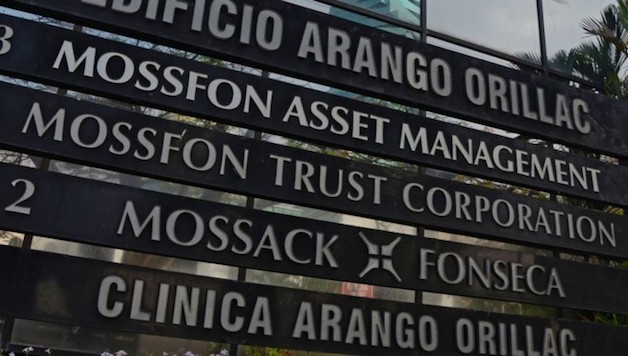 It has been called the “biggest leak in history”: 2.6 terabytes of information, containing 11.5 million files – the client database of Mossack Fonseca, a shady Panamanian law firm – was secretly passed to the International Commission for Investigative Journalism (ICIJ) roughly a year ago.

What companies like Mossack Fonseca do is allow the global rich to hide their money. Of course when we say hide we mean “steal” and when we say “their” we mean “our”, since most of this cash has been generated by fraud, theft, illegal trafficking of drugs, people and weapons, misappropriation of public funds, corruption in public office, tax avoidance and tax evasion.

The anonymous shell companies, foundations and trusts they set up have been likened to “getaway cars” for the high-end criminal. You load up the swag and put your foot down. On second thoughts, drive as slowly as you like – the cops are in on it.

The ICIJ started to release the story over the last few days through respectable outlets like the Guardian and the BBC. What is remarkable, given the wealth of new evidence, is that the focus has been on cases that were already in the public domain.

For example, David Cameron’s late father, who set up an offshore trust to hide the family millions from UK tax collectors (widely reported in 2012). Or Syrian dictator Bashar al Assad’s bagman, Rami Makhlouf (sanctioned by the EU in 2011).

Another focus has been on people from the Washington book of bad guys such as Vladimir Putin, or various members of the politburo of the Chinese ‘Communist’ party, all of who, unsurprisingly, have secret hoards of cash.

Is it possible that most of the people implicated in this scandal are ‘respectable’ business figures and politicians from western ‘democracies’? People like Cameron who says that his tax affairs are a “private matter” and who claims to have done nothing illegal? The ICIJ’s data would seem to say so – with the UK featuring strongly as a source of dirty money.

While 2,200 children die every day from diarrhoea, an easily treatable illness, $20 trillion sits anonymously in offshore jurisdictions around the world. Tax avoidance is not a victimless crime.

Unfortunately, while the villains make the rules, it is not a crime at all. Time to put them out of business.