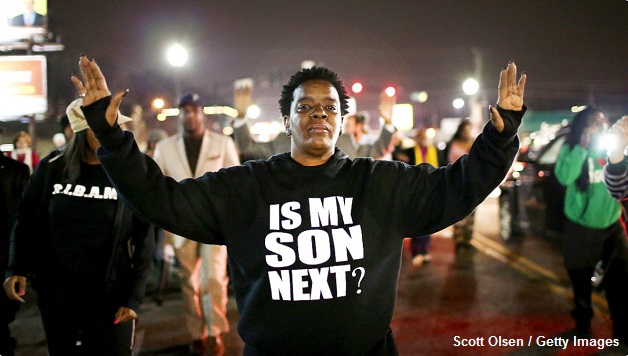 The announcement by Baltimore’s top prosecutor Marilyn Mosby that six Baltimore law enforcement officers will be charged in the death of Freddie Gray, followed by the announcement of the Department of Justice investigation of the city’s notorious police department, was greeted with celebration by the black community of Baltimore as a vindication of their claims of systemic abuse and racism. The decision by Mosby is a welcome and important short term victory for the Black Lives Matter (BLM) movement, black working class and youth of Baltimore. But this is a long way from securing a conviction.

A Revolt against Austerity

The death of Freddie Gray was the final straw for the working class and poor of Baltimore.  Baltimore is home to the Ravens football team, Orioles baseball team and Johns Hopkins, one of the most prestigious hospitals in the country. The downtown and Inner Harbor area of Baltimore has been transformed into a picturesque landscape for all to marvel. But the black working class and poor of Baltimore have been force­-fed a horrific cocktail of neo­liberal capitalism, police surveillance, and prison­-state conditions. Conditions for the black population in Baltimore, the twentieth largest city in the U.S are comparable to southern Jim Crow conditions a century ago.

The statistics are shocking. Baltimore had the second largest foreclosure rate behind Florida during the bursting of the housing bubble and great recession in 2007-­08; 40,000 housing units and 16,000 homes are vacant. This is coupled with a legacy of housing discrimination for black workers that dates back to the early 20th century. Fifty percent of Baltimore’s homes are burnt­out, dating back to the rebellion of 1968 following the assassination of Dr. King. Homelessness is a bitter reality for 30,000 people. The median income is $24,000 a year. Low-­wage jobs and 19% unemployment are the dominant features in this 63% black city.

For the next three years in Baltimore, water rates will be raised a total of 37 percent; thousands are threatened with having their water cut off if they can’t pay these outrageous increases. To compound the dire situation, Maryland Governor Larry Hogan, diverted 68 million dollars from the Baltimore schools system to shore up the state wide pension system while state officials approved 30 million dollars for a new 60 bed youth jail.

These conditions are presided over by a democratic black Mayor, Stephanie Rawlings-­Blake, and a black­-led city council, black police commissioner and majority­-black police department. The root of this crisis is the complete failure of the Baltimore political establishment to address the desperate social conditions in poor communities while carrying out the gentrification and “development” agenda of big business. The top 0.01% have been profiting hand over fist from this unspeakable misery. The seeds of the rebellion are embedded in this classic example of disaster capitalism.

What Strategies to Fight Racism and Poverty?

This year marks the fiftieth anniversary of the Watts Rebellion in LA. The explosions of Watts and in many other urban areas in the mid­to­late ‘60s were the culmination of the failure of the civil rights movement to liberate the Northern ghettos after defeating Jim Crow in the South. President Johnson’s “war on poverty” was a concession to the movement but it did not fundamentally change the underlying systemic problems faced by the generation of African Americans who migrated to the north in the ‘20s and ‘40s to escape rural poverty, white supremacy, violence, and Jim Crow.

Today, some would argue that the “riot” or rebellion is a much needed action to confront this daily onslaught by big business. Clearly, the rebellion of the youth in Baltimore had an effect in winning the indictments. At the initial stage of the rebellion the ruling elite was on the defensive. However, the rebellion was quickly put down by the state sponsored curfew, violence, harassment, and illegal detention of the youth.

Then the corporate media and political establishment moved into action, demonizing the mainly black youth as “thugs” and “looters,”. This rebellion was a visceral reaction to the denial of justice, endemic racism and lack of answers to the cause of Freddie Gray’s death. While understanding the anger, and the dire conditions that sparked the rebellion, are “riots” a way to defeat the endemic problems of police brutality, racism and poverty that dominate the inner cities like Baltimore?

While “riots” can have a shock effect, they fail to provide a way forward to address the underlying causes of racism and poverty and racism. Socialist Alternative advocates taking that raw energy and potential power of the black working class, poor, youth and channeling it in a sustaining mass movement. As Dr. King stated, “And one day, we must ask the question, “Why are there forty million poor people in America? And when you begin to ask that question, you are raising questions about the economic system, about broader distribution of wealth. When you ask that question, you begin to question the capitalistic economy.”

The crucial task is building a mighty force rooted in the working class that will challenge the ideas of capitalism and racism and mobilize people around clear and far­-reaching demands. Powerful movements like the civil rights and the militant labor movement struggles of the 1930s and ’40s are what truly frightens the ruling elite. It wasn’t the “riots” or rebellions that brought an end to Jim Crow in the South, but uncompromising and organized social struggle at home and abroad that forced the hand of the U.S. political establishment.

Are the Ferguson and Baltimore rebellions the new normal for U.S. society? As long as the conditions remain the same, the working class and poor will rebel against the tyranny of the 0.01%.  Baltimore’s State Attorney Marilyn Mosby represents a sector of the ruling elite that believes that police violence against people of color has gone too far. Another section of the ruling elite fears that victories will give the movement confidence and a point of reference for future struggles for housing, education, and jobs, and seeks to repress any emerging struggles.

On July 24­ – 26 in Cleveland, Ohio the leading grassroots and NGO organizations in the Black Lives Matter movement will meet for an all-­important conference to discuss and debate the direction of the movement. Socialist Alternative welcomes this conference to coordinate a national sustained movement to confront police violence in our cities and towns. The question that must be answered for the movement to grow politically and strengthen its reach is how it speaks to the tens of millions of workers and youth, particularly black workers and youth, whose lives are being devastated under capitalism today.

Building a multiracial working class mass movement, independent from corporate politics, is paramount. The forging of links between the community and the labor movement like the One Baltimore United coalition, which includes unions like the Laborers, ATU and SEIU 1199 and the Fight for 15, are an important step forward. In the immediate sense it is necessary to keep up the pressure by building powerful protests in Baltimore and exposing the political establishment of the city until the judicial process is complete.