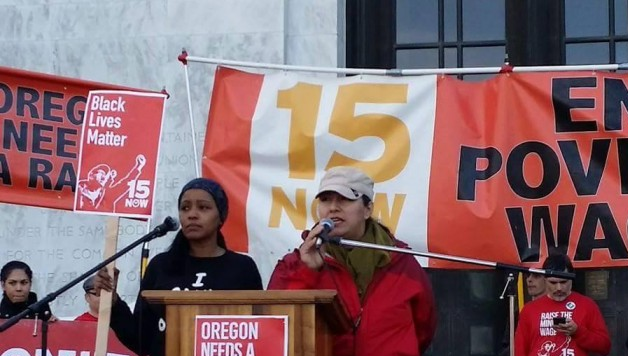 In the wake of Seattle and San Francisco passing minimum wage ordinances for $15 in 2014, and successful minimum wage ballot initiatives last November, a new poll conducted by Hart Research Associates shows 63% of respondents support raising the federal minimum wage to $15. The Hart poll shows that, in two short years, strike action and protest by low-wage workers, combined with major victories has dramatically changed public opinion.  Low-wage workers have pushed public opinion past President Obama’s 2014 proposal for $10.10, and have set the national target of $15 minimum wage in 2015.

Other highlights from the poll:

If implemented, these changes would have a dramatic effect on the lives of low-wage workers nationwide, raising millions out of poverty.

Become a monthly sustainer of 15 Now or donate what you can today.

Opposition doomsday arguments are crumbling as well. A recent University of Massachusetts study concluded that fast-food giants like McDonalds could raise wages to $15 without shedding jobs, which flies in the face of the National Restaurant Association claims that,”$15 would clearly jeopardize opportunities for existing and prospective employees.” (Aljazeera 1/23) 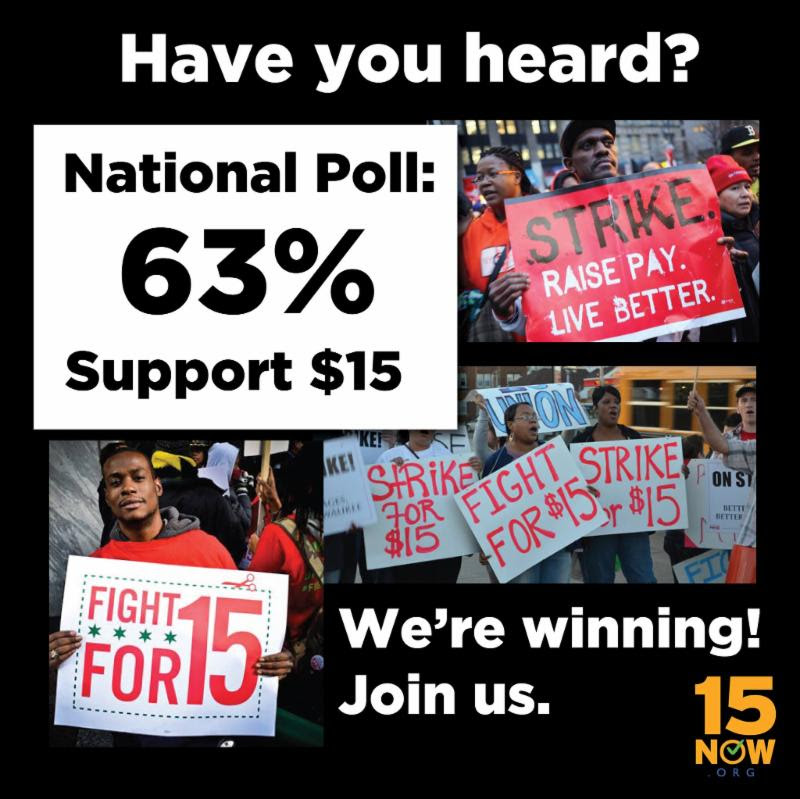 Thousands of fast-food workers have taken to the streets over the past two years demanding $15 and a union, and home healthcare, retail, and airport workers across the country have now joined in the fight for $15/hour. Now is the time to get involved to win $15 in all 50 states!