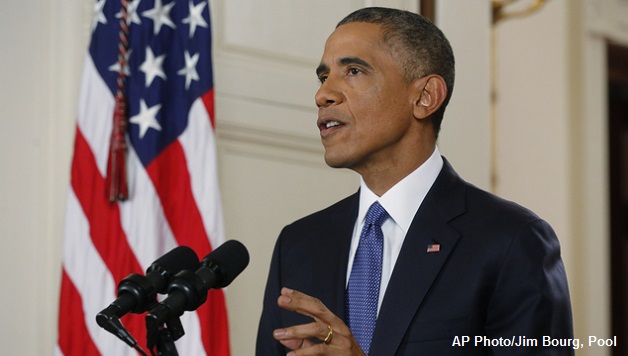 This is welcome relief from the danger of deportations, which tear families apart, destroying the lives of workers and young people.

However, Obama’s administrative steps are not an amnesty, not a way to citizenship and they’re not permanent. More than half of the undocumented immigrants in this country are not covered.

“If you’ve been in America for more than five years; …have children who are American citizens or legal residents; if you register and pass a criminal background check… you’ll be able to stay in this country temporarily without fear of deportation” (President Obama’s speech on immigration).

Despite not stopping all deportations or giving a path to citizenship, the “deal” is a partial victory for the immigrant rights movement. Movements, from the recent “Not One More Campaign” to the immigrant strike of May Day 2006 have kept alive the fight for immigrant rights. Socialist Alternative is part of this struggle to end discrimination and fight for equal rights for all.

Even the Republican leadership is aware of the potential of a more powerful immigrant rights mobilization. Wanting to avoid alienating the Latino population too much, Republicans cynically stir up rightwing-populist sentiment against immigrants. They focus on the “unconstitutional” actions of Obama. Any substantial blocking of Obama´s plans could spark an increase in immigrant rights’ demands, including justice for all 11 million undocumented immigrants.

The Democrats present themselves as defenders of immigrant rights. However, Obama delayed immigration reform for many years. He did not use past majorities in Congress to act. His administration used deportations more than any other. In 2013, U.S. deportations broke records with almost 440,000 people imprisoned and forced out of the country (Source: Pew Research Center).

Socialist Alternative welcomes the reform of limiting deportations as long overdue. But it’s only a first step. Undocumented workers are forced to accept worse living and working conditions and are used by corporations to undermine wages for all working people. The movement for immigrant rights remains a crucial struggle for all “illegal” and “legal” workers and youth.