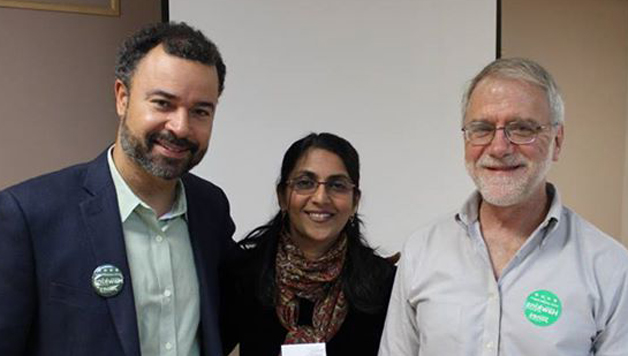 The space for independent left politics is growing. With record levels of poverty, ongoing war, environmental destruction, the situation cries out for an alternative to corporate politics. From Ferguson, to 15 Now, to climate change – there is a growing determination to take action to win. In this context, more and more independent left candidates are stepping forward and gaining increased support.

The strongest possible votes for key left campaigns can get activists the profile and preparation to build struggles against poverty wages, fracking, police brutality and the injustices of corporate domination. These results can be an important step towards what is really needed–a mass new party for the 99% that runs candidates, builds movements and refuses to take a dime in corporate money.

We also need a plan to continue this momentum in 2015. Kshama Sawant faces a monumental re-election campaign in Seattle next year. Big business is determined to defeat the socialists and the growing movements of low-wage workers, anti-racist activists and the battles against gentrification that Kshama has helped to lead.

The discussions around the 2016 Presidential elections will only intensify, and the left has a historic opportunity to get millions of votes and build a new, prominent force that can drastically change the political debate in this country. In order to get organized to take advantage of this situation, there need to be rallies and conferences in early 2015 to get prepared and talk about the necessary next steps. Large, well-attended events in different parts of the country, connecting social movements and independent left politics, could lay the foundation for the strongest-ever left political challenge to the establishment in decades.

Join us in making this a reality: Donate! Organize! Help us build and join the debate about the next steps for this growing movement.