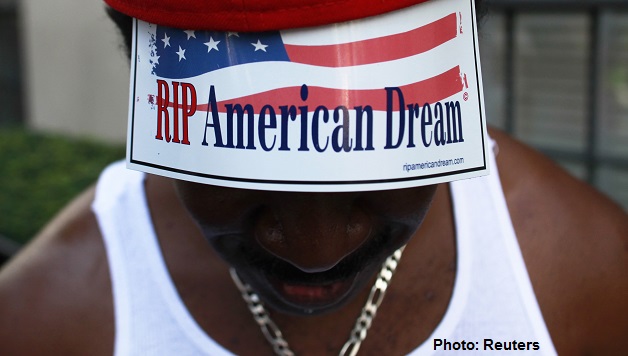 This spring, working people in Seattle won a colossal victory in establishing a $15 an hour minimum wage. Within days, an offensive struggle took off throughout the country to win back a chunk of the wealth that Wall Street stole from workers. In San Francisco, Chicago, and even New York – three crucial cities – 15 is being discussed in a real way. After the triumph in Seattle, a large opening is developing for mass struggle and independent working-class politics. Income inequality is the central issue in political discussions. This is evidenced by the fact that a massive new book called Capital in the Twenty-First Centry, by Thomas Piketty, has become a bestseller. The book deals with inequality, attacks aspects of capitalism, and puts forward the need for more sharing of the wealth. Piketty is not a genuine socialist, and the book has big weaknesses. However, its popularity is an important indicator of the mood to discuss and alleviate the vast historic wealth gap. The fight for a $15 an hour minimum wage is the most active and effective expression of the mood to fight against inequality.

After the victory in Seattle, the movement for a $15 an hour minimum wage is taking off. A section of the union leaders, in cooperation with left Democrats, are making bold minimum wage proposals but they often limit their tactics by not carrying out a full mobilization of working people. Still, this provides the political space for the democratic, visible, grassroots tactics of 15 Now across the country to get a big echo. Instead of depending on Democratic Party politicians in Seattle, 15 Now focused on mobilizing working people with credible threats of mass referendums, working-class candidates and targeted protest actions.

In San Francisco, a $15 with fewer loopholes than Seattle is possible. Of course, this wouldn’t be the case if the example hadn’t already been set. San Francisco is also experiencing an economic boom compared to the rest of the country; this means that big business there is more willing to grant concessions. The Bay Area has many radical union leaderships backing the effort in a stronger way than unions backed 15 Now in Seattle.

In Chicago, eight Alderman – their version of City Councillors – are backing legislation for $15. They will be up against a corporate hack in union-busting Democratic Mayor Rahm Emmanuel. To be successful, this movement needs coordinated neighborhood action committees to support 15 and hold the politicians accountable. These committees could petition, hold actions, plan strike support, and back independent working-class candidates.

These potential offensive victories, coming in a period of decline and defeat for the labor movement, can be a shining beacon for future struggles. The movement for $15 has taken off far more than imagined by the initial SEIU-supported organizers in New York. The clarity and bold nature of the demand was central. The strike actions captured imagination. The issue links up naturally with fights against racism and sexism as well as with the labor movement. The success in Seattle took it to a whole new level. This shows the centrality of even small socialist forces in turning things around for working people. In this situation, it is an urgent task to build 15 Now to help spark a wider resurgence of the workers’ movement.

In 2013, Socialist Alternative pointed out perspectives that a movement like Occupy would develop, except on a higher level with clearer demands and goals. Currently, this process is reflected most prominently in the fight for $15 and other struggles to raise the minimum wage.

The days of strike action called by major unions have spread and become larger every time they are called. Future plans for strikes will likely see continually increasing participation. However, there seems to be no serious attempt to unionize the fast-food workers in the determined struggle that would be necessary to achieve large-scale organization.

From OUR WalMart to Raise the Wage, the unions have set up many pre-union formations to organize low-wage workers. However, their business union approach has combined with lower levels of struggle and consciousness to make it difficult to organize on a large scale. In order to achieve union recognition, there would likely need to be coordinated mass strike action. Consciousness and organization are not yet at this level. However, this can change, and unionization will require determined tactics and an inspirational vision of how working people can transform the world.

At this point, strikes can back up fights for increased wages on the legislative plane. However, we shouldn’t limit our demands to what the billionaires and their servant politicians are willing to give us. We need to make demands that mobilize workers and youth into action.

Faced with the difficulties of “organizing the unorganized,” SEIU and other unions, even the AFL-CIO as a whole, are funding campaigns to increase the minimum wage across the country. These are often limited to symbolic actions and giving a platform to Democrats. Still, with the ruling class split on how to deal with the economy and its growing worry of social unrest, gains can sometimes even be won without a strong movement from below. However, the wage increases will be larger and the lessons of the struggle clearer with a force like 15 Now coming to the fore.

The limitations of depending on Democrats to get wage increases have been shown this June in Rhode Island. A Business Week story showed how Democratic politicians there are trying to block a referendum on $15 from going to the ballot in November because they know that it would have widespread support.

The fight against economic inequality and for higher living standards for low-wage workers will dominate politics and prove crucial to give strength to all political fights against the injustices of capitalism. Independent left political campaigns should build the fight for $15 and vice versa.

Economic inequality remains as the key galvanizing national issue, and the fight for 15 can become the centerpiece of this discussion. This underscores the urgency to build a profile for 15 Now, the only organization in this battle with a consistent approach to building struggle and grassroots participation.