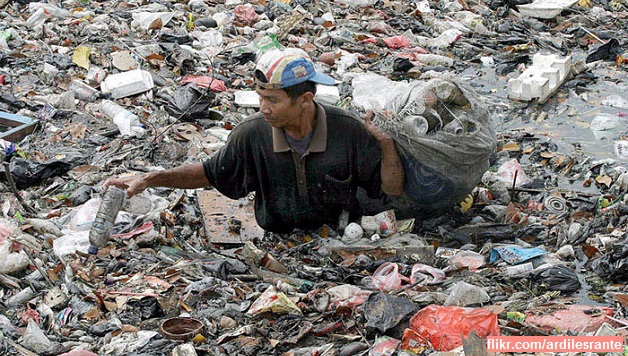 This is the text of a flier Socialist Alternative handed out at a public hearing in Seattle.

A consortium of corporations want to build the Gateway Pacific Terminal – North Americas largest coal export terminal north of Seattle in Bellingham, WA. These corporations seek to exploit the poor economic conditions and massive unemployment faced by working people to force through their environmentally destructive project, which they claim will create 2,000 temporary construction jobs and approximately 180 long-term union jobs. However, a study by the independent non-profit agency Community Wise Bellingham indicates that there will be no net job growth once jobs lost to the coal trains negative impact on Bellingham businesses are factored in.

Coal is the number one contributor to global warming. Yet, corporations like the ones behind the Gateway Pacific Terminal are looking to sell massive quantities of coal overseas, mainly to China, where it will be burned to generate electricity and add to the already overburdened atmospheric carbon load, bringing us closer to climate catastrophe. One study found that the Gateway Pacific Terminal, due to its massive size, would exacerbate climate change more than the Keystone XL oil pipeline!

Since coal will be transported along the I-5 corridor to Bellingham, passing through Belltown and Georgetown, the Seattle traffic crisis will be massively worsened. A study from Seattle Department of Transportation shows that these 18 daily coal trains, which are 1.5 miles long each, will disrupt Seattle traffic for 1-3 hours a day! They will also prohibit emergency vehicles from reaching the waterfront. Studies also indicate that a trail of polluting coal dust will be left behind in the wake of these open-air coal cars.

Seattle residents are already dealing with the 2nd worst traffic in North America. How does it benefit us to sit longer in traffic, waiting for loud trains to pass, so that corporations can sell their dirty products overseas with coal dust littering our land and water, damaging our air quality and health?

Though the Seattle City Council has already voted against this project and Mayor McGinn has said he is against the trains passing through Seattle, we cant rely on corporate politicians to stop this project. Both the Republicans and the Democrats are completely compromised by their ties to big business. At least 9 of the politicians who will decide whether this project goes ahead have received thousands of dollars in electoral campaign contributions from the corporations behind this project, including Democratic U.S. Senator Patty Murray, Democratic U.S. Congressman Rick Larsen, former Democratic Governor Christine Gregoire, Democratic Bellingham Mayor Kelly Linville, Republican Attorney General Rob McKenna, and Republican Senator Doug Erickson. Ultimately, politicians who draw money and support from the corporate elite will not represent the interests of ordinary working people. Only a mass movement, independent of both political parties will be capable of beating back the destructive policies of corporate America. Bellingham, Friday Harbor, and Mount Vernon communities have already overwhelmingly proclaimed NO to the coal terminal! In fall 2012, over 2,000 people packed a public meeting in Bellingham, 450 in Friday Harbor, and 1,000 in Mount Vernon to protest the construction. But our movement would be far stronger if we ran activists as independent candidates for office.

Here in Seattle, the Vote Sawant campaign showed what can be achieved by running independent, activist candidates against Democratic incumbents. The Occupy-inspired Socialist Alternative candidate Kshama Sawantwho called for a massive green jobs program funded by taxing wealthy corporations and super-wealthy individualsreceived a historic 29% of the vote against Democratic Speaker of the Washington State House, Frank Chopp. Sawant used her candidacy to oppose the Gateway Pacific Terminal and to reach a wider audience with real solutions to fix the economy and deal seriously with global warming.

The fight against this coal terminal in our state is an absolutely crucial battle in the fight against one of the most urgent crises of our time  climate change. The perilous nature of unchecked climate change has been brutally shown to residents on the East Coast with Hurricane Sandy and in the mid-west with the prolonged drought in the summer of 2012. Nearly 70% of Americans now say that global warming is a problem, an increase of 22% in the last 3 years. Big Oil (which has become virtually synonymous with Big Coal, as a result of massive mergers), has spent millions in an attempt to convince the public that global warming either wasnt happening or wasnt a problem. But their cynical deception is being undone by the record number of extreme weather events in 2011 and 2012.

The protests last year against the Keystone XL oil pipeline showed the way forward. Thousands of activists organized unprecedented protests against the Obama administration, compelling Obama to publicly oppose the project and postpone the final decision on the northern route of the pipeline, at least until after the election.

To seriously address global warming, we have to build on these actions and develop a broader struggle that links different groups in solidarity. Labor union and environmental activists should unite and fight for a massive tax increase on corporations and the rich to fund a green public works program, providing millions of union wage jobs to transition our economy from non-renewable, polluting energy sources to clean, renewable, and sustainable sources.

SSA Marine, the main corporation behind this project, is a vicious anti-union company that succeeded in locking longshore workers out from work in 2002 when the workers were fighting for a contract that would defend their jobs, healthcare, and pensions. Peabody Energy, the coal company behind the project, has a similar brutal record of super-exploiting miners. So why are the labor leaders defending these corporations today when the corporations stabbed workers in the back yesterday?

To completely stop global climate change, we also must challenge the oil-addicted capitalist system, which is rooted in the maximization of short-term profits over the interests of the environment and working people. Big Oil and Wall Street use their power to promote their own destructive interests, profit off of high gas prices, and block the way to an urgently needed transition to an environmentally sustainable economy. To make this transition possible, major oil and coal corporations will need to be brought into public ownership and run democratically. This would be a step toward a democratically planned, socialist economy, where the 99% could collectively decide to end the forced march toward climate catastrophe and turn instead toward a society fueled by green energy and centered on human needs.