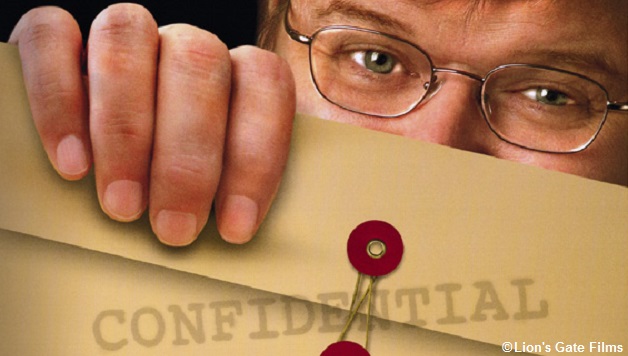 If box office opening numbers tell us anything about current ideological trends in society, then Fahrenheit 9/11 enlightens us to the fact that many people are fed up with the current political state of affairs in the U.S. It was the top box office grosser for its opening weekend, and had the largest opening weekend ever for any film that opened in less than a thousand theaters. These numbers are incredible for a documentary, and show that millions of people are searching for answers not found in the corporate media. They are even willing to pay good money to get this unrelenting, left-wing information.

Michael Moore’s new film is a scathing review of the Bush administration, specifically condemning their handling of events stemming from 9/11 and the Iraq war. Much of the film’s content is based on facts, but much of it plays to the audience’s emotions. This is one of Moore’s strengths, for he is able to cater to both our intellect and our feelings. Moore’s anger is transparent, and the goal of his film is to remove Bush from office. Will he succeed? Let’s just say the evidence is damning.

Moore captures atrocities associated with the war well, from the grief-stricken mother who lost her son in Iraq, to the gruesome footage of the actual war. Moore knows what to do to tap into the audience’s emotions, and the movie works well when exploring the genuine truths of war.

What Moore also accomplishes is superbly showing the ridiculous effects of the policies the Bush administration has come up with to “defend” the U.S. from terrorists, from the mother who is unable to board a plane because her bottled breast milk may be poisoned, to the infiltration of peace groups throughout the U.S. These moments are quite humorous and entertaining, and yet it gets across the message that these policies, stemming from the Patriot Act, are completely asinine.

Moore also addresses issues of poverty as it relates to the military. The military is essentially a poverty draft, and this is well documented within the film, from the military recruiters assaulting poor neighborhoods to the marine who said he would not go back to Iraq to “kill other poor people.” Moore’s critique of this is sharp, even blatantly stating: “War is used to keep the structure of society intact.” This is very true, and yet he offers no real answers or solutions to these problems. His critiques are flawed by the fact that he puts most of the responsibility on one man. In a recent article, Moore is quoted as saying that he hoped the film would encourage people to vote in November. Vote for whom exactly? The answer is easy to find in this era of “anyone but Bush.” His support is for the Democrats.

How can Moore be such a staunch critic of our political system and corporate America, and not be as disapproving of the Democratic Party? He points to a couple of their failures in this film, ranging from their lack of intervention in the fateful 2000 elections to their blind support of the Patriot Act, but the blame is primarily on the Republicans and the Bush administration.

Moore seems to be missing the point. Sure, many people feel this way about George Bush, and rightly so, for he has been so blatant and unabashed in his agenda. But are the Democrats a real solution to these issues? Did John Kerry not support the Patriot Act, the war with Afghanistan and the war with Iraq? He also supports sending more troops to Iraq, the very troops Moore rightly portrays as young, poor, and people of color. If elected, thousands more will have to be sent under Kerry’s administration to die for a worthless war. This is not a viable solution, and Moore’s film would be more honest if this was addressed.

Though Moore misses this crucial point, the film is uncompromising in its goal to raise people’s consciousness on the issues affecting our society. This is crucial in these fervent political times, for it motivates people to examine and change society. Fahrenheit 9/11, only released on 849 screens nationwide, has attracted a firestorm of controversy, from Disney refusing to release the film to numerous conservative groups calling for a national boycott of it. Ironically, it made more money during its first weekend than the whole run of his award-winning and popular film, Bowling for Columbine. This is quite astounding, and shows the growing radicalization of American society. For this, we applaud!