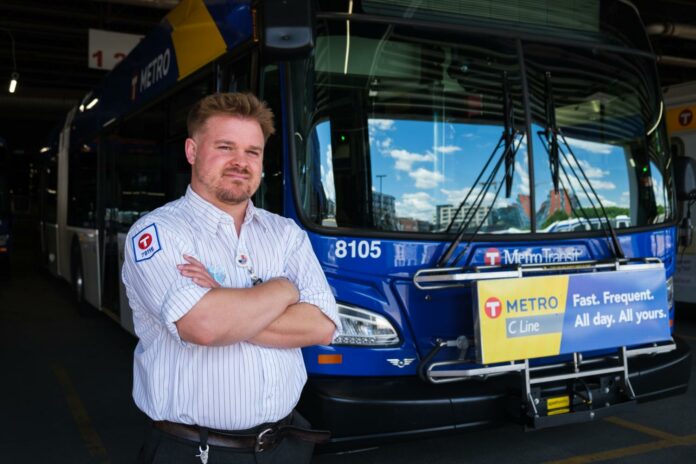 This “Summer of Inflation” – the latest in a long line of capitalist crises – is grinding working people down under the burden of rising prices, on top of crushing heat waves and a pandemic that just won’t go away.

Capitalism and the economists who proclaim how great the system is are downplaying the effects of inflation on working people. But we have to see through their propaganda. Minnesota  bus drivers are fighting for a Cost of Living Adjustment (COLA) to keep our wages at pace with rising prices. We think workers everywhere can and should take up this demand.

At the outset of this most recent period of inflation, capitalist economists assured us that inflation was only going to be temporary, that the global supply chain will work itself out eventually, and prices will go back to normal. Contrary to those predictions, inflation and rising prices is the new normal, hitting working people hardest while corporations make record profits. These economists have now had to admit their ignorance. Mark Bergen, a professor at the University of Minnesota who studies inflation said, “There is hope on the horizon that this isn’t going to keep on getting worse and worse, but exactly when and how, I’m not sure anybody exactly knows.” Many economic forecasters (if we are to believe them) anticipate that it will take a few years for inflation to drop back to their goal of 2%.

We are now experiencing the worst inflation in 40 years. In Minnesota, an average gallon of regular gas hit a record high of $4.76 on June 15. As of June 2022, the CPI-U (Consumer Price Index for All Urban Consumers) in the Midwest Region specifically, increased by 9.5% since June of 2021. Energy prices rose 44.5% and food prices were up 11.9% over the year (U.S. Bureau of Labor Statistics).

Some capitalist economists downplay the impacts of inflation and  describe this kind of economy as “hot.” These capitalist apologists will point to a low unemployment rate to try to convince the rest of us that the economy is actually just fine. They also want us to think that rising prices must mean a growing economy if there is this much demand for consumer goods, incentivizing more capitalist production at increased profits.

When capitalist economists talk about the economy, they’re referring to incentivizing business and profits. But for working people, for an economy to be “working properly,” at a minimum, workers will need their wages to keep pace with rising prices. And according to any Econ101 textbook, low unemployment, or a “tight labor market” under capitalism should – in theory – increase the competitive advantage for workers to be in a better position to demand increased wages from employers. Despite some evidence of wages, on average, rising, most working people are seeing their earnings slip.

In Minnesota, the average nonfarm private sector job posted earnings increases of only 2.16% from April 2021 to April 2022! It is unfortunately a very similar story all across the country; workers’ wages have not kept up with rising consumer prices. What this means is a pay cut for workers in real dollars. In Minnesota, average hourly earnings declined 3.6% in the last year, after taking inflation into account.

We should not have to accept it. This capitalist economy is failing working people yet again. If that wasn’t enough, to add insult to injury, the capitalists themselves are better than ever while we suffer. The U.S.’ biggest oil companies made record profits in these last months. In July, ExxonMobil reported an unprecedented $17.85 billion in the second quarter, nearly four times as much as the same period a year ago. Chevron made a record $11.62 billion as the UK’s Shell broke its own profit records. This is in addition to the combined $100 billion they made in profits in the first quarter!

Despite workers’ wages very clearly not keeping pace with rising inflation, and corporate profits soaring well above the rate of inflation, that doesn’t stop the capitalist economists demanding that workers must continue to bear the brunt of their crises, like always.

Matt Schoeppner, senior economist at Minneapolis based U.S. Bank, said that it’s actually a good thing that workers’ wages don’t keep up with inflation. He said, “That’s the one thing I would argue needs to happen [workers continuing to make less] in order to reduce all of this excess demand that’s been built up through the past couple of years.”

These capitalist economists are so conditioned to blame wages for inflation that even the idea of increased wages is enough for them to obsess over, despite wages actually not keeping up, therefore obviously not being the reason for the inflation.

In fact, the only “solution” that these economists can come up with is to make things worse. Federal Reserve Chairman Jerome Powell explained that Fed policy is aiming to “get wages down” – and Biden has backed him! This is a large part of why the Fed is raising interest rates, it wants working people to bear the brunt of inflation while protecting the profits of big business.

Thankfully, workers organized in unions haven’t always bought into this irrational capitalist logic. The last time inflation was as bad as it is now was during the early 1980s. At that time unions were relatively stronger than we are now. Organized workers demanded to have “COLA” instituted into our contracts. COLA stands for “Cost of Living Adjustment.” That means whatever inflation is at the time, workers automatically get that percent increase, then any negotiated raises would be on top of that. Therefore, guaranteeing that workers actually get a raise in real dollars.

The last time my union – ATU Local 1005 – had that in our contract was 1984. It was a mistake to negotiate COLA away then, but now we are determined to win it back in our contract in 2023!

During July’s ATU 1005 General Membership Meeting, Socialist Alternative member, and ATU 1005 President, Ryan Timlin, introduced a resolution to our membership that committed ATU 1005 to fight for COLA +1 during our next contract campaign. The “+1” means whatever inflation is plus 1%, guaranteeing an actual raise. Workers using this formula as a demand will mean actual real gains for working people everywhere! The resolution passed unanimously!

Not only does ATU Local 1005 want to win this demand for our next upcoming contract, but we want to encourage all ATU Locals to fight for this same COLA +1 demand! When workers everywhere can organize around a similar set of demands, that strengthens workers everywhere in their specific struggles. We want all workers – organized and unorganized – to feel confident that they too can fight and struggle for this demand alongside Minnesota transit workers and members of ATU Local 1005.

Like the eight-hour day and “15 Now,” we want to make COLA +1 the sharpest demand in our upcoming labor struggles. The resolution also committed the ATU 1005 delegation to pass a similar COLA +1 resolution at the upcoming ATU International Convention in September. We want ATU and all workers everywhere to fight with us for COLA +1, union or nonunion. And we at ATU 1005 will assist in any way we can to broaden the struggle to win COLA +1, not only for us, but for all the workers we can! Solidarity!