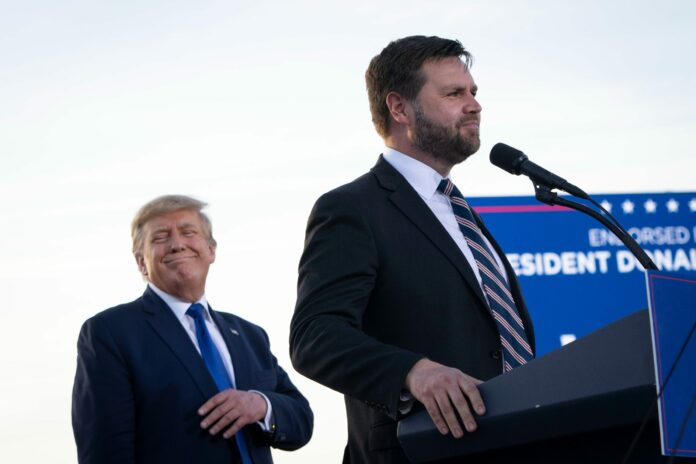 The Democrats’ prospects this November are bleak. It’s all but certain that the Republicans will win back the house this November, and the only thing keeping them from winning the Senate too is Pennsylvania Democrat John Fetterman, who could take a seat currently held by the Republicans but is still off the campaign trail after a nine day hospital stay following a stroke.

Even though they control all branches of government, the Democrats have nothing to run on.

They chose their corporate funders over popular policies like a $15/hr minimum wage, investing in jobs through Build Back Better, or supporting unions through the PRO Act. Their new plan is just to lie: since June 1, the DNC has tweeted 26 times about Biden’s economic “recovery.”

Biden’s failures could offer the left an opportunity, but rather than fight the crime that is being committed against working people, Bernie Sanders and the Squad hopped into the getaway car. They attacked their own base rather than force a vote on Medicare for All. In early June, AOC was quoted saying she thinks Biden is doing “a very good job so far.” Meanwhile far-right fringe candidates like Majorie Taylor-Greene have gotten an echo sharply criticizing #Bidenflation and gas prices.

The Democratic Party’s last bets for the Midterms are bad ones. They are hoping voters care more about January 6 than they do their watered down paychecks and shrinking savings accounts. Likewise NOW, NARAL and Planned Parenthood are betting $150 million that they will gain more electoral momentum this November out of a defeat for Roe v Wade, than the momentum gained by the GOP for delivering a historic victory to pro-lifers.

However, the Republicans’ temporary unity against Biden and temporary momentum from Biden’s failures have not reconciled the deep divisions within the party, which were on full display in this year’s primary elections. Trump and the far-right made gains against establishment Republicans, though the GOP old guard has not entirely given up. In addition, the GOP showed it can continue the trend of winning Black and Latino voters, especially among older people. These contradictions will come to the surface as the GOP moves from being in opposition to being in power.

The Republican Party moved sharply to the right under Trump’s presidency. It was to such an extent that the party ceased to function as a reliable tool of the U.S. ruling class the way it has for nearly all of American history. The clearest illustration of this was the storming of the capitol on January 6 where all out war was declared within the party by the Trump wing. This is the context for the GOP primaries today, and the battle within the party for control. The traditional establishment finds itself in an extreme bind as they seek to rid the party of Trumpism – which poses a legitimate threat to bourgeois democracy as we know it – while also recognizing the popularity of Trump’s ideas among their voters.

To prepare himself for a third run for president in 2024, Trump successfully made the primary elections a referendum on the baseless claim that the presidency was stolen from him. The fact it worked showed how powerful he still is and how powerful his brand of right populism still is among the Republican base.

Over 100 GOP primary winners openly cast doubt on the 2020 election results. Trump won important senate primary victories in battleground states like Mehmet Oz in Pennsylvania, JD Vance in Ohio, Herschel Walker in Georgia, and Ted Budd in North Carolina. Trump was more opportunistic in the Alabama senate primary, where he switched his endorsement from Mo Brooks to Katie Britt after it was clear she would win.

Trump’s victories in individual primaries confirmed a shift that had already taken place in the GOP. Forty four percent of the sitting Republican legislators in the nine states where the presidential race was most narrowly decided have publicly cast doubt on the 2020 election results. Republicans have proposed at least 250 new laws in 43 states to limit mail, early in-person and Election Day voting.

However, this does not mean the GOP is fully united around Trump’s extreme “election theft” brand. While 24% of sitting Republican legislators supported an independent audit of the election results, which can be useful beyond Trump to create a pretext for voter suppression against working class people, only 7% supported the far more legally dubious theory of “decertification” of the 2020 election, a tactic currently unacceptable to the U.S. capitalist class.

Trump’s biggest defeat happened in Georgia. When he was scrambling to undermine the 2020 election, he called Georgia Governor Brian Kemp and infamously appealed that “I just want 11,780 votes.” To punish him for failing to do this, Trump endorsed challenger David Purdue, and put millions into his lackluster campaign. The establishment fought back with all their tools. They gerrymandered Purdue supporters out of their seats. They also passed “gas tax holidays” once voting started. In the end, Trump’s candidate lost by more than 50%.

The Far-Right Made Gains Inside the GOP

This year, five members of the Proud Boys were elected onto the 135 member Miami-Dade County Republican Executive Committee. When asked for comment, the Chairman of the Committee replied, “yes, we have different points of view in our party.”

In other cases, Republican candidates are openly pandering to paramilitary, far right ideas in an effort to win elections. For example, Eric Grietans, a Republican candidate for senate in Missouri, released a campaign ad featuring him brandishing a shotgun, flanked by soldiers in tactical gear outside of a home. He kicks in the door hunting for RINOs (Republicans in Name Only) who have surrendered to “Joe Biden and the radical left.”

This normalization of certain far-right ideas has taken on a life of its own, leading to an emboldening of far-right vigilantism. We saw this with the 31 self-identified “fascists” were arrested in a van preparing to attack PRIDE in Boise, Idaho. In another vein, far-right ideas coming out of the shadows no doubt gave confidence to the man who carried out the racist, mass shooting in Buffalo. He planned his attack for months, driving over two hundred miles to a grocery store in a Black neighborhood and livestreaming the attack on right wing forums.

While these attacks have almost no mass support, the ideas that underpin them are promoted by right-wing commentators and politicians who have access to millions through mainstream media to win votes. Republicans, both in politics and in the media, know that they have no real solution to the crises facing working class people, so they lean on “culture war” issues as meat to their base. Tucker Carlson in particular is a poster child for this tactic.

In many ways, Democratic Party mega donors are also responsible for the rise of far-right, fringe ideas in one of the two parties of U.S. capitalism. Karl Rove is accusing Democratic party PACs of artificially elevating the profile of fringe, right-wing Republicans in order to create more favorable general elections. In Illinois, Democratic Governor JB Pritzker has spent $32 million attacking a previously unknown right-wing candidate in an effort to avoid running against Mayor Richard Irvin of Aurora, IL, a Black Republican who has a better chance of winning the state. In a Colorado senate race, Democrats are spending millions attacking a fringe candidate even though he’s currently being out fundraised by his opponent 20:1.

One of the most uncomfortable facts about the 2020 election for liberals was that Trump made significant gains among Latino and Black voters, especially older people. In 2020, Trump doubled his 2016 vote in Miami-Dade County. He won 30% of Puerto Ricans and 48% of non-Cuban Latinos in Florida. This pattern was not unique to Florida. In Zapata County, Texas, which is 93% Latino, Trump beat Biden by 6% – Hillary Clinton won the same county by 33% in 2016.

One particular candidate very clearly demonstrates the growing appeal of right-populist ideas to voters of color.  Republican Mayra Flores became the first Republican to win her south Texas district in over a hundred years. She is a 36 year old healthcare worker whose husband is an ICE agent. In her campaign she played up her working class background as a migrant who worked alongside her parents in cotton fields. She ran against the Democratic Party. The first sentence on her website read: “Voters in District 34 are realizing we no longer have to beg for scraps from Nancy Pelosi and the Democrats.” Interestingly her website does not mention Trump, anywhere.

Her victory mainly shows the dangers of relying on empty, “woke” slogans that don’t offer material benefits to working class people as the Democrats have. While the Republicans have not made significant inroads into major cities, “law and order” politics have. The mayoral election of Eric Adams in New York and primary victory for Ric Caruso in Los Angeles, show that right-wing Democrats can also cash in on the backlash against Black Lives Matter, especially among the wealthy and among older Black men. This year’s recall of San Francisco District Attorney Chesa Boudin has similar features.

Class politics, not “woke” sloganeering, is the way to split the base for these right wing candidates. Bernie’s class appeal did very well with Latino voters, even older voters, in states like Nevada. In fact, in a 2020 poll of “very important” issues in the 2020 election, Latinos were 10% more likely to list healthcare; 15% more likely to list racial and economic equality; and 20% more likely to list climate change than the whole electorate. These are all issues the Democrats betrayed, and it will take more than AOC’s “minirant” of the use of the term Latinx to win these voters back.

Even in Crisis, the GOP Can Win – A Working Class Alternative is Needed

There are many fault lines that can undermine the GOP’s current coexistence between the old guard Republican establishment, Trump’s personal branch of opportunistic patronage, the far-right who are using the situation to advance their own ideas, and fresh candidates of color who see a political moment in the general outrage at the Democratic Party.

However Republicans do not offer anything to working class people. Once in office, they defend billionaires and corporations, just like the Democrats do. The way to break with the cycle of bouncing from one corporate-controlled party to another is to build an independent political party. A political force that is rooted in strikes, social justice movements, and working class communities; democratically controlled by its members; free from corporate cash and that fights unapologetically for a working class program that offers real material benefits to working class people, not performative liberal soundbytes or divisive scapegoating culture wars.