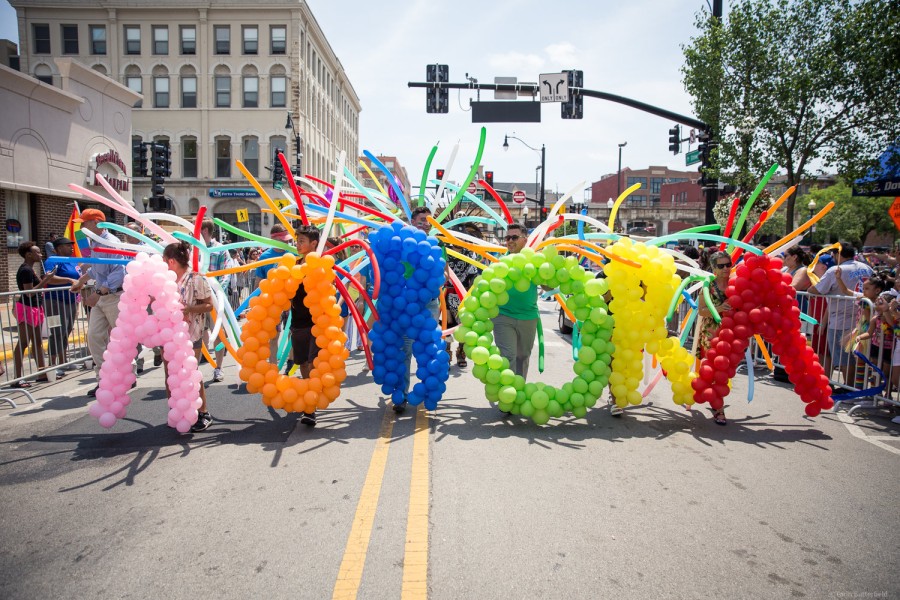 In mid-May, the organization behind Aurora, IL’s Pride march, Aurora Pride, made the decision to ban uniformed police from marching in this year’s parade. This move was rooted in 2020 and the BLM uprising that left a particular mark in Aurora, a majority black and brown working class city, after weeks of protests and riots that included a police car being set on fire in front of the police precinct. The Aurora police have their own history with police brutality which sustained and deepened the anger of the movement. Two years later, organizers of the Pride march still felt compelled by solidarity with BLM to make this demand of not having uniformed police march in the Pride parade. This decision created a political maelstrom that became wrapped up in the ongoing dynamics in the Republican primary race for Illinois governor.

Republican Mayor and primary contender Richard Irvin released a threatening statement that implied he would take measures against the Pride event, maybe taking permits away or canceling the event entirely, in retaliation for the ban on uniformed police marching. Irvin – Aurora’s first black mayor – is losing ground in the polls in the Illinois GOP primary. He saw attacking Pride as a quick fix to his recent polling slide with a cheap appeal to the downstate rural GOP voters. He deeply miscalculated his position in the GOP primary, but also thought he could move to the right without anyone back home noticing. Irvin’s statement and subsequent comments in the media fueled anger in the city and the whole Fox Valley area.

Aurora Pride released a strong statement in response to Irvin, refusing to back down from not having uniformed police at Pride. This was absolutely the right move: we can’t allow our movements to be bullied by police and city officials that can undemocratically hold power over who can and can’t march in the streets.

In the lead-up to June 1, undoubtedly emboldened if not coaxed through back channels by Richard Irvin, the Aurora police had a number of officers reverse their already planned decision to perform police duties on Pride, creating the “understaffing problem” which the city insisted was “not a political issue.” This happened right after Richard Irvin made his remarks in the media, and right before the permit was revoked. The mayor and the police department all-but openly attacked and canceled Pride, while at the same time trying to claim it wasn’t a political issue! Meanwhile the city council didn’t lift a finger to support the Pride parade. No alderman showed up to the appeal hearing in support of Pride or so much as released a statement against the city’s decision.

In a final insult, Auroral Pride was told by the city that they could try to find other cops from surrounding towns to provide security for the parade, and with Aurora PD refusing to help, of course they weren’t able to do so. Aurora Pride then filed an appeal to the decision, which was set for the Thursday before the parade was supposed to happen. The courtroom was filled with reporters and Pride supporters, along with a number of Aurora cops. More crucially, dozens of protesters gathered outside against a dozen Aurora officers lining the courthouse doors. The crowd was overwhelmingly queer high school students on summer break furious about the Richard Irvin and the city’s attack. The chanting from the crowd outside could be heard clearly inside the courtroom as the appeal case was heard. In the moment, however, the judge didn’t bend, and rejected Aurora Pride’s appeal, essentially canceling Pride.

Not two hours after the appeal was won by the city, Aurora reversed their decision. This was for a number of reasons, not the least of which was the ACLU filing a federal lawsuit on the behalf of Aurora Pride.The sentiment was overwhelmingly, both at the courthouse protest and online afterwards, that the movement was “coming out on Sunday no matter what” meaning that Pride would be turned into a protest if the decision stood up. This social pressure from ordinary people, the anger expressed at the courthouse on the day by particularly the youth, forced the hand of the city of Aurora, and they had to reverse course.

This was a clear victory for the LGBTQ movement locally. Socialist Alternative was on the ground in Aurora at the protest at the courthouse leading up to Pride, and mobilized our members to the event to talk about how we can use the momentum of winning back Pride to build a mass movement in Aurora against rotten Republicans like Richard Irvin and the Democrats who won’t stand up to them.

The anger of working-class LGBTQ youth we encountered was proof of just how big a mistake Richard Irvin has made. Space has opened up for a serious campaign from below to tax the rich to fund publicly owned affordable housing, as well as services for homeless youth, disproportionately LGBTQ, in Aurora and across the country. Building such a campaign will require young people and workers getting organized to build new organizations of struggle, calling demonstrations and democratic planning meetings, to take the leadership of the movement out of the corporate sponsored NGO model, and towards a more militant class-struggle approach.

Women and Queer People Must Unite to Fight Gender Oppression!