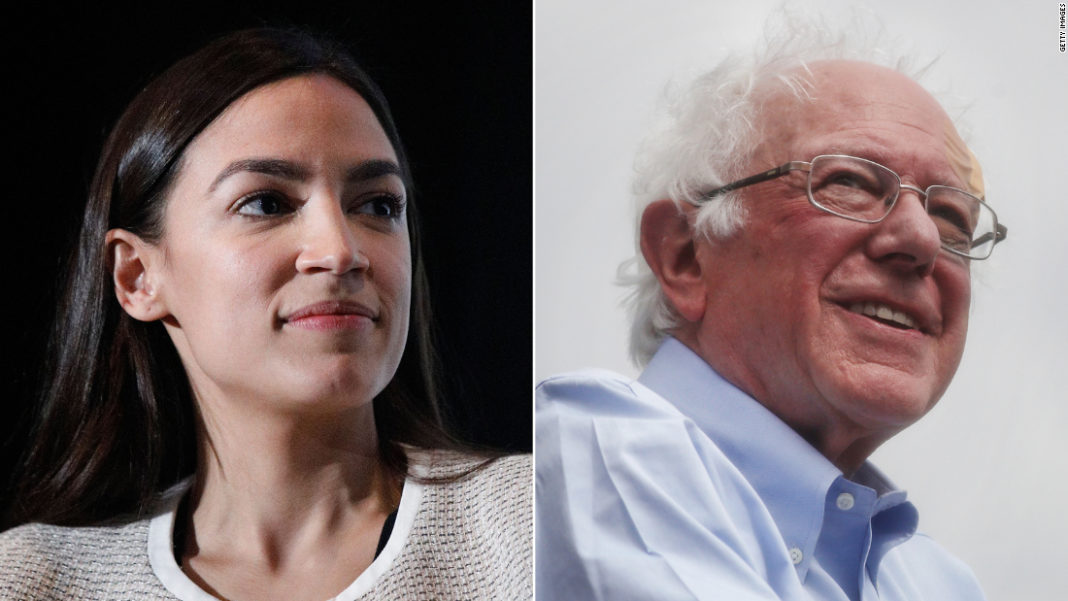 In times of war, socialist politicians can come under huge pressures to side with the capitalist classes of the nations in which they reside, rather than with the interests of the global working class. This can be even more so in the context of a brutal attack, as we are seeing today with Putin’s imperialist onslaught against the people of Ukraine.

Unfortunately, Senator Bernie Sanders and House Representative Alexandria Ocasio Cortez (AOC) are already taking positions that could lend themselves to escalation of the conflict. Neither has taken a clear stand against the sending of U.S. troops, and both are supporting severe sanctions which will do nothing to stop Putin but instead land brutally on working people.

The dangers are all too real. If socialists do not take a clear stand against war and imperialism, their silence or acquiescence can help pave the way for even more catastrophic consequences.

In the run up to World War I, many socialists caved to the demands to support their national government’s war efforts, lending their backing to the carving up of the world’s resources by the major imperialist powers that ultimately took more than 10 million lives.

More recently, in the wake of the horrifying attack on the Twin Towers in 2001, a blank check was issued to the Bush Administration to carry out ongoing war in the Middle East. This was signed onto by all but one member of the House, unfortunately including Sanders. To his credit, Sanders later spoke out against war in the run up to the invasion of Iraq, unlike the vast majority of U.S. politicians, including former Senator and current President Joe Biden. But the road to war had already been paved as Bush and U.S. imperialism systematically used the genuine anger over 9/11 for their own strategic ends and in pursuit of the region’s oil wealth. Today, the outcome is widely recognized as a humanitarian disaster.

International Socialist Alternative fully defends the right of the Ukrainian people to self-determination, and calls for an immediate withdrawal of all Russian soldiers. We also recognize that this war does not represent the interests of working people anywhere, including in Russia. Our solidarity also goes to the youth and working class of Russia who are courageously protesting this war, despite highly repressive measures by Putin, leading already to thousands of arrests.

We recognize that none of the imperialist powers stand for the Ukrainian working people, who are in fact caught in the middle of a conflict over strategic and economic interests several decades in the making. While Putin’s viciousness is plain to see, NATO is no neutral force either but a representative of Western capitalist powers which has been steadily advancing its interests east toward Russia. In recent decades, NATO itself played a brutal role in bombing Afghanistan, as well as Libya and Yugoslavia, and every time, it was the working people and the poor who paid.

In a tweet on February 23, AOC wrote that “any military action must take place with Congressional approval.” This was done in tandem with signing onto a letter with a similar call for Congressional approval “if the ongoing situation compels you to introduce the brave men and women of our military into Ukraine.”

In reality, approval by the legislative branch of U.S. capitalism presents no serious obstacle to military intervention, as we saw in 2001. Not only does this letter not represent clear opposition to the mobilization of U.S. troops and further escalation, it leaves the door wide open. It’s no accident that it’s also signed onto by a wide range of corporate politicians, each for their own reasons, including right-wing Republican U.S. Representative Paul Gosar, who exclaimed on Twitter in joining his name alongside Squad members that “hell hath frozen.”

Senator Sanders has not based his position on Congressional approval, but has made no clear statement against U.S. troops being sent. He has also called for “severe sanctions,” which AOC supports as well. Sanders stated that “the nations of the world must respond vigorously to defend democracy and the rule of law… Putin chose this war. And now he and his country will bear the consequences.”

Sanctions are a form of warfare by other means, and will not be borne by Putin, but by ordinary working people — a fact recognized not only by socialists, but the ruling class as well. The Economist acknowledged last week that despite the idea of these sanctions being “targeted,” that they will land on ordinary Russians, predicting that the “middle class looks likely to be shredded.” It’s expected that soon a million Russian working people may be made jobless by sanctions and war. This can then be used by Putin to whip up nationalist sentiment against NATO to try to prop up his currently floundering support and isolation.

To her credit, Ilhan Omar has publicly stated her opposition to banning Russian oil imports as well as broader sanctions on the basis that those who will suffer most are working-class Russians. She has vowed to vote against these measures and other members of the Squad should follow her lead.

In a speech made as he launched the invasion, Putin angrily blamed the existence of independent Ukraine today on Lenin and the Bolsheviks, and credited Stalin with bringing Ukraine back under the thumb of the bureaucracy in Moscow. Putin is correct that the Bolsheviks supported the right of oppressed peoples in Ukraine and elsewhere to self determination, and that it was Stalin who abandoned this policy of working class internationalism (along with other basic ideas of Marxism).

Pressures on elected socialists will only increase as the war continues. Already, there are growing calls for a no-fly zone which would require military intervention to enforce and which would lead to further and dramatic escalation.

Instead of joining the march to war, socialists and the left need to build a massive anti-war and anti-imperialist movement. Sanders, AOC and the Squad should use their platforms to call anti-war rallies, rather than supporting sanctions and lending their political support to Biden.

Socialists in the U.S. must support Ukrainian working people building committees of self defense against Putin’s invasion. We should urge that  these are democratically organized by workers, and not under the control of Zelensky and the Ukrainian oligarchs. They should also make appeals against the war on the basis of internationalist working class solidarity to the youth and workers of Russia, as well as to Russian soldiers, none of whom have anything to gain by being fodder for Putin.

What happens in Ukraine has major implications in this age of disorder and global capitalist crisis. And what the left does now can have long-lasting, life or death impacts.