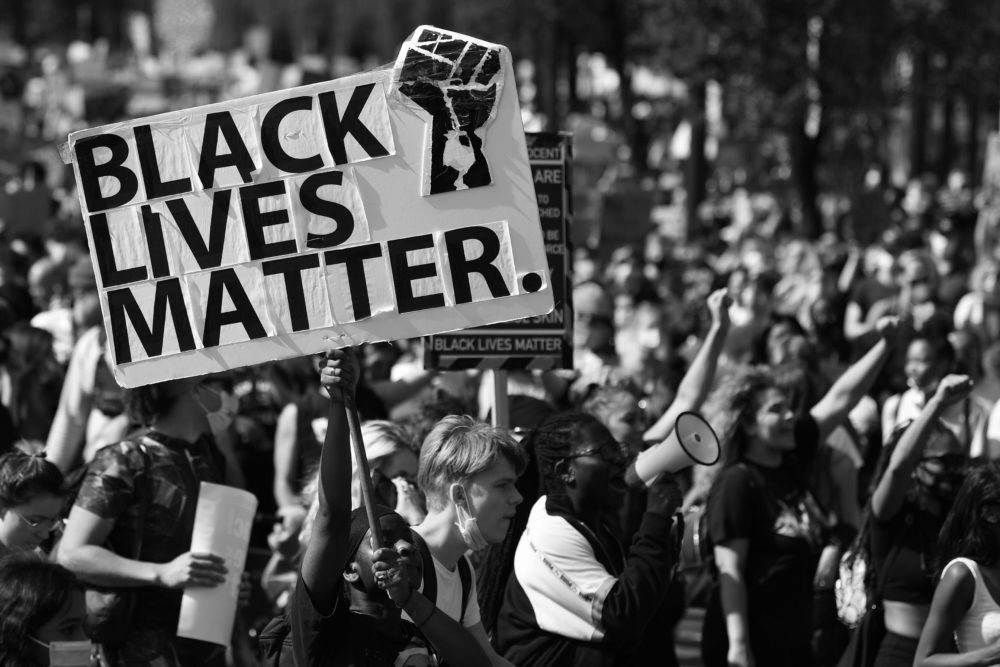 A recent viral piece in New York Magazine profiling the mysterious finances of the Black Lives Matter Global Network Foundation (BLMGNF) has resurfaced long-standing tensions over the organization’s lack of democratic accountability and financial transparency. In the piece, it is revealed that BLMGNF took in more than $90 million in donations brought on by the George Floyd uprising, during which millions of people were looking for ways to support the struggle against racist police violence. More than $20 million of that haul is alleged to have been distributed to 30 grassroots organizations, though this has been disputed by local chapters who claim to have received no resources. After Patrisse Cullors stepped down as the nonprofit’s executive director last spring following news of her home-buying spree going public, it’s now unknown who is currently serving in leadership of BLMGNF, or who exactly is in stewardship of its remaining $60 million endowment.

These revelations come as Black America is in crisis and the movement is at a crossroads after failing to win lasting gains against systemic racism and the onset of reactionary backlash. The scandal around the BLMGNF ultimately lays bare the limitations of nonprofits and NGO leadership in our fight for liberation from capitalist oppression.

BLMGNF is the umbrella organization of the official and unofficial network of Black Lives Matter chapters across the country. Started in 2012 as a hashtag response to the murder of Trayvon Martin, BLMGNF emerged as a nonprofit following the highly public deaths of Eric Garner, Michael Brown, and then Tamir Rice in 2014. BLMGNF has always existed as a highly decentralized network of affiliated chapters and organizations, mainly powered by on-the-ground activists, centered around racial justice. Even so, the limitations of the leadership’s NGO approach and the danger of attempts by the Democratic Party and corporate entities to dilute the movement’s militancy were apparent from the beginning. During its 2015 convention, no national strategy, program, or demands were offered to organize around.

The nonprofit or NGO organizational model within social movements under capitalism raises serious issues in terms of methodology. The most serious systemic criticism is that of “movement capture” – wherein which activists and their mission can become coopted by their funders and their particular priorities.

This issue has historically plagued Black-led anti-racist organizations funded by wealthy donors. During the Civil Rights Movement, the NAACP shifted its focus from anti-Black violence to desegregation of education due to its financial reliance on the Garland fund, despite the sentiments of Black organizers at the time. At the height of the George Floyd protests, Campaign Zero, a BLM affiliate, released a series of demands under the hashtag #8CantWait – including requiring officers to give a warning before shooting and that they report use of force. This agenda received widespread acclaim from corporations, billionaire celebrities, and politicians, but in reality, these paltry measures were incredibly out of step with the urgent needs of the movement against racist police violence, like disarming cops on patrol, cutting police funding to fund housing, education, and jobs and electing community control boards with the power to hire, fire, and subpoena.

To avoid movement capture going forward, more sophisticated conversations will need to be had about fundraising, program, and tactics. Organizations need to have financial resources, but who should be allowed to donate, and who should not, to keep the organization accountable to the movement? What role does leadership play in struggle – and how can organizations fight to win real change? The BLMGNF’s leadership’s steadfast refusal to imbue the organization with the democratic apparatuses necessary to tackle these tough questions has resulted in the organization being captured, which, without an alternative leadership to take up the mantle of struggle, is a devastating blow to the movement.

At the very same time one local BLM chapter was organizing protests against neo-Nazis, the parent organization was holding a dance-off sponsored by UGG boots. BLMGNF leaders even attempted to legally trademark the slogan ‘Black Lives Matter’ in 2018, proving that the capitalist, opportunist desire to monetize the struggle, aggrandize personal profiles and profit off of Black death and local organizers’ labor was evident early on.

It is due to Black Lives Matter’s “leaderful” decentralization, its nonprofit/NGO-like organizational model reliant on corporate patronage and funding from capitalists, as well as its proximity to the Democratic Party that caused the BLMGNF to completely fail to point a way forward in the struggle for Black liberation during the height of the uprising.

With the whole of the nation watching, there was no analysis offered to the masses on class society being the progenitor of oppression, how racism was created as an ideological justification to sanction economic exploitation, or how the police’s most fundamental role is to serve as the state’s oppressive force to abet that exploitation. Capitalism and systemic racism developed together. The BLMGNF, allied with corporations and the party of billionaires, was structurally incapable of pointing to capitalism as the offender, or offering the multiracial working class a program on how to fight back.

The absence of visible, accountable, militant leadership allowed for unapproved stand-ins within the Democratic Party and corporate America to represent themselves on the movement’s behalf and ultimately muddy its message. This squandering of the Floyd uprisings’ revolutionary potential led to the BLM10 – local chapters who went public to voice their disagreements with the national leadership over the lack of internal democratic structures, financial transparency, or organizational and political coherence.

This discrepancy between the BLMGNF’s shortcomings and the movement’s needs also led to Ferguson activists like Tory Russell and parents of victims of police violence like Michael Brown Sr., Samaria Rice, and Lisa Simpson openly denouncing the organization. To be sure, these criticisms are warranted: the global network’s murky web of donors, nepotistical top-dollar payments to consulting firms, and overpriced real estate purchases have drawn the ire and distrust of Black working class people and movement activists. What’s more, the negative attention has also fed into the right’s reactionary backlash – exactly at the same time as a revival of the uprisings in the streets and workplaces is desperately needed.

Even though the pandemic has confined many Americans to their homes, police killings have continued nearly unabated – virtually at the same rate prior to the 2020 summer of protest. In 2021 there were only 15 days where police did not kill someone, totalling over 1,100 deaths by the end of the year. Federal police reform bills like the George Floyd Justice in Policing Act have stalled in the Senate due to the Democrats’ adamant defiance to calls to abolish the filibuster.

President Biden has led the Democratic Party in an unabashed undermining of the movement, pledging hundreds of millions more funding to police departments than Trump, and all but abandoning his campaign promise to build a national police oversight commission. Black Democrat mayors like Eric Adams in NYC, Bruce Harrell in Seattle, London Breed in San Francisco, and Lori Lightfoot in Chicago have all dutifully followed along, championing pro-police rhetoric and policies that will target Black communities. The ramifications of these political sellouts have culminated in the latest high-profile police slaying: Amir Locke, a 22 year old Black man killed in a no-knock raid while asleep, much like Breonna Taylor. The fact that Locke was murdered in Minneapolis, the same city as George Floyd and under the same Democrat mayor Jacob Frey, who lied about banning such raids to get reelected, should come as no surprise.

The work to whittle away the public’s advancements in consciousness and supportive sentiment for Black liberation attained during the Floyd uprisings has become a bipartisan affair, as the GOP have engaged in a wanton culture war to lead the reactionary backlash to BLM. Over 16 GOP-led states have taken measures to ban books dealing with race or LGBTQ issues, while states like Florida have gone even further: introducing a bill that will allow parents to sue schools over critical race theory.

Teachable moment: What are the lessons?

For many young people the Floyd uprisings, rallied under the cry of “Black Lives Matter,” have been the defining social movement of their generation. Over 20 million people protested in some form; the protests became international in scope and even galvanized the #ENDSARS movement in Nigeria. Unfortunately however, at this stage, the regrettable lack of material concessions from the uprisings means real lessons need to be drawn.

To advance the movement for Black liberation, key lessons will have to be learned by movement activists and organizers: no faith can be placed in nonprofit leaderships reliant on capitalist funding, the Democratic Party, or the courts. Our social movements will have to be used to build, on a revolutionary political basis, solidarity among the multiracial working class around an agenda beneficial to the Black masses, rather than to gain proximity to the political establishment, elevate a misleadership class, or attempt to make capitalism more “woke.”

A final and in some ways most important lesson is the value of fighting leadership in movements. Weak leadership that seeks exaltation by the mainstream media and corporate America or collaboration with do-nothing politicians and their parties can only end in disaster. Accountable, militant leadership that draws its strength from the movement will be necessary to point the way forward out of the crisis for the Black working class, poor, and oppressed with a fighting program of demands.