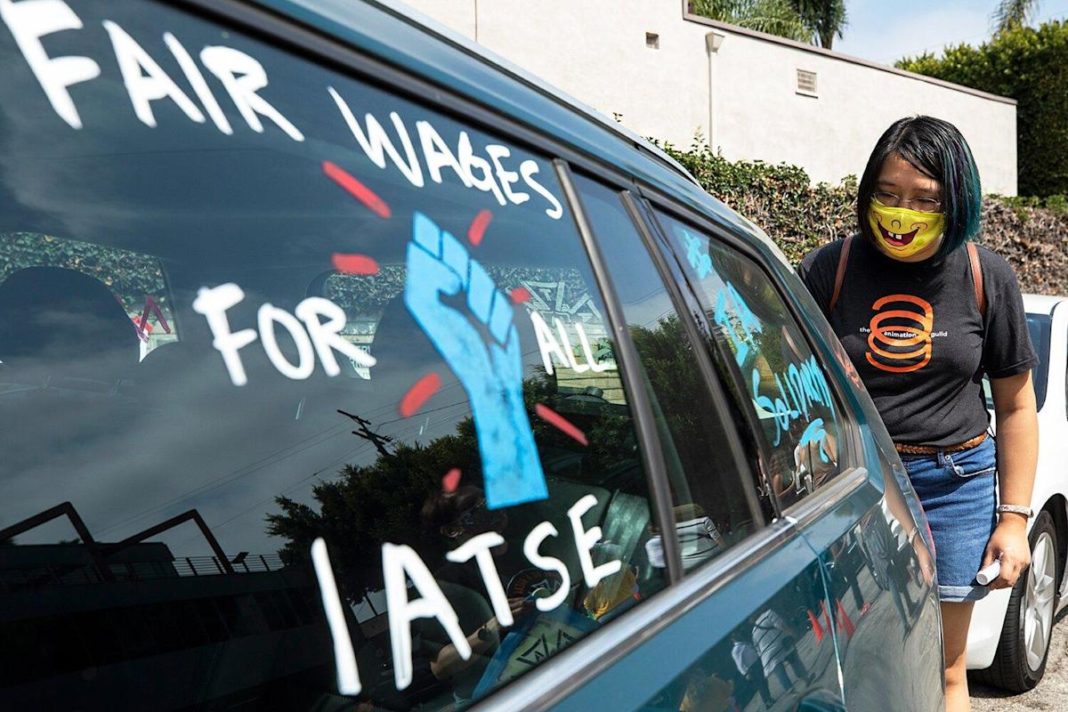 Vote “No” on concessionary contracts! For a militant rank and file led strike!

As IATSE members were preparing to go on strike, word spread that a TA was reached. Despite a temporary moment of excitement that perhaps the workers’ demands had been met, IATSE members descended on union social media pages to express their outrage at the new contract. Comments poured in saying: “We can’t accept this. They just tried to give the bare minimum to keep things going,” and, “Is this winning? Vote no.”

In early October, IATSE members voted overwhelmingly in favor of strike action as anger grew at unlivable wages and inhumane working hours (including regularly being denied breaks). A member of editors’ Local 700 was once asked, after working a 24 hour shift, to bring a hard drive to a producer. Because of exhaustion he fell asleep on the highway and totaled his car. After calling the producer to tell him what happened, the producer’s first question was “is the hard drive ok?” The producer drove to the site of the accident, picked up the hard drive, and left the worker there. Experiences like this are the norm across trades.

Among the demands of IATSE members are: guaranteed breaks, a limit on daily working hours, pay and benefits parity between streaming and traditional film and TV, and raises that outpace inflation. The new TA has been widely criticized by IATSE members for not doing nearly enough to address the brutal conditions that led them to authorize a strike in the first place. It only grants a 10-hour turnaround between shifts rather than the minimum of 12 demanded by workers. It does not guarantee breaks, only increases meal penalty rates. And it does not deliver equal wages for streaming productions.

In the coming weeks IATSE members will vote on whether to accept this TA or vote it down and send leadership back to the bargaining table. Organizing a “vote no” campaign across the 13 locals (whose leaders are all recommending a “yes” vote) could be a starting point for the emergence of the rank and file leadership within the union that would be required to win a strike.

Socialist Alternative sends its solidarity to the IATSE rank and file in their fight for guaranteed breaks, a 12-hour turnaround time between shifts, equal pay for streaming production, and raises that keep to pace with inflation.