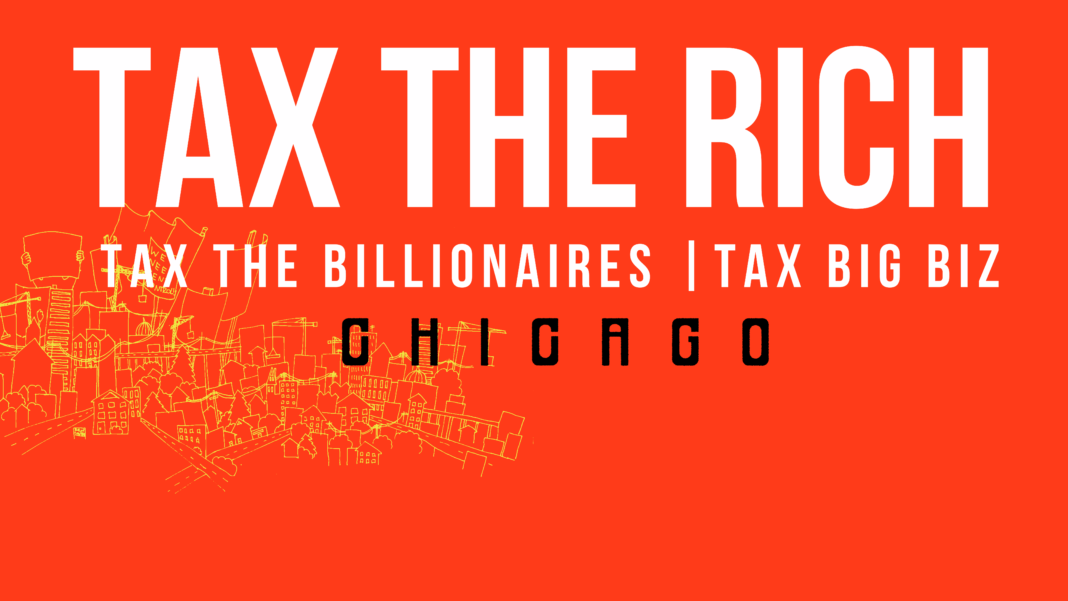 Chicago is the third largest city by population in the U.S., and is home to over 400 major corporate facilities, including 36 companies from the Fortune 500. While Chicago produces a GDP larger than the entire nation of Sweden, much of the wealth being created goes completely untaxed.

Chicago’s schools, hospitals, and social services go chronically underfunded while large corporations like Amazon and Boeing pay nothing in taxes.

The top 1% of Chicagoans make over $600,000 a year, while 21% of Chicagoans live under the poverty line. The city government has failed to house the houseless, pay nurses and teachers, or fully fund our schools.

Chicago’s two mercantile exchanges on LaSalle Street see hundreds of trillions of dollars flow through them each year, and not a cent of that money is taxed. A tax of even $1 on every LaSalle Street transaction would raise over $10 billion a year.

In July 2020, the workers’ movement spearheaded by Socialist Alternative and Councilmember Kshama Sawant won a $240 million tax on big business in Seattle. Amazon and Jeff Bezos spent millions trying to defeat this effort, but ultimately failed to shut down this energetic mass campaign of workers.

Chicago has a long history of radical labor organizing and mass movements, and this is an opportune time to take on big business in Chicago and tax Amazon and LaSalle Street!

The Tax the Rich Chicago campaign is out talking to people in neighborhoods across the city. If you want to join this exciting campaign, reach out here to tax big business and the LaSalle Street speculators!