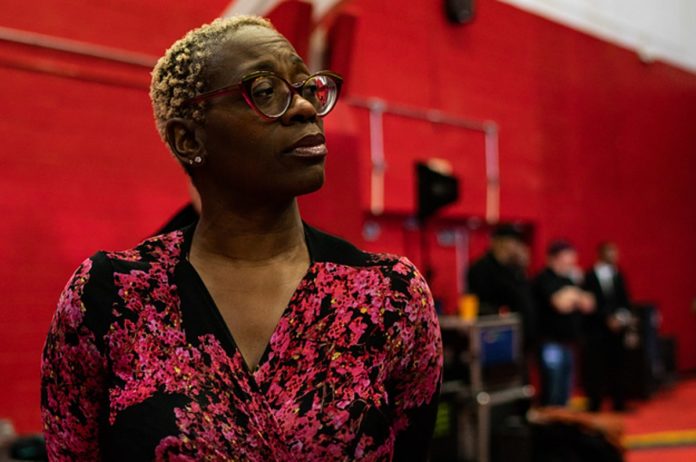 The forces that buried Nina Turner’s progressive campaign for Congress are the same forces that buried both of Bernie Sanders’ presidential runs. These are not inevitable obstacles born out of a conservative electorate who’re simply not ready for progressive change. To believe that would be to ignore the fact that Nina Turner dramatically out-fundraised Shontel Brown among ordinary people, that 70% of Americans support Medicare-for-All, and that in early summer Turner was beating Brown in the polls by as much as 35 points.

Nina Turner lost because the Democratic Party establishment put its foot on the scale. They threw Shontel Brown last minute high-powered endorsements from Hillary Clinton and Rep. Jim Clyburn. In the final weeks of the campaign, the establishment-connected PACs spent millions on advertisements painting Nina Turner as a “disloyal Democrat.”

The lessons from this defeat, which felt like the tragic echoing of Bernie’s two defeats, is that if the left is going to win, we need to make a jailbreak from the thoroughly pro-corporate Democratic Party.

Nina Turner’s campaign faced very real obstacles: the scandalously misleading ads from Corporate PACs, the intervention of the Democratic establishment, and the very real issues of special elections where in this case only one fifth of the normal electorate voted. At the same time, the inability to overcome these obstacles traces back to the logic that comes with running in the Democratic Party primary.

Nina Turner was not a political unknown with no name recognition. She was the former Executive Director of Our Revolution, was endorsed by Bernie Sanders and The Squad, organizations like the Sunrise Movement and the Justice Democrats, and unions like Amalgamated Transit Union, American Postal Workers Union, locals of the Communications Workers of America, National Nurses United, SEIU locals, the Ohio State Council of Machinists, the RWDSU, and others. She was endorsed by the Democratic Socialists of America although Turner herself does not identify as a socialist on her campaign site.

Her opponent, Shontel Brown, was a local Democratic Party insider whose website background is a picture of her with President Barack Obama. She was endorsed by Hillary Clinton and numerous other national Democratic Party officials, over 50 Ohio mayors, prominent faith leaders from the Black community, and over 15 unions, including Cleveland Building & Construction Trades Council. Without this institutional support, her campaign would be anemic. Nina Turner raised twice as much money in total direct campaign contributions, and multiple times more total campaign donors, though this was eventually outweighed by the massive amount of corporate PAC money spent to support Brown.

While it’s true these corporate PACs scandalously misrepresented Nina Turner’s actual positions on issues like universal healthcare, raising the minimum wage, and immigration reform, their primary appeal to vote against her was on the basis that she was a bad Democrat. For example, they used her correct position to vote “hell no” on a DNC platform that did not include #MedicareForAll as an example of her undermining the Democratic Party as a whole.

However ridiculous the corporate PAC’s argument is, the logic of it was strengthened by Nina Turner’s response to these attacks which was to try and flip the logic on its head. She tweeted “People want to know what kind of Democrat I am. I’m a #MedicareForAll Democrat. I’m a #GreenNewDeal Democrat. I’m a #PROAct Democrat. I’m a #RaiseTheWage Democrat.” However, this only makes clearer the incompatibility of her campaign with the Democratic Party itself. It is a party that fundamentally does not support, or will not fight for, Medicare for All, a Green New Deal, the PRO Act, or a $15/hr. minimum wage. Given the history of these issues under the first six months of the Democratic Party in control of the White House and Congress, these sentences are a contradiction in terms.

This is the exact tactic Bernie Sanders used in 2016 when he relentlessly campaigned for Hillary Clinton in order to diffuse allegations he was disloyal to the party. His efforts to prove his loyalty, like Nina Turner’s, are fundamentally futile. They both failed to understand that the very thing that makes you disloyal in the eyes of the establishment is the bold, progressive change you’re fighting for. No amount of politeness can win you the favor of the establishment unless you adopt the party’s moderate, pro-corporate political approach.

These mistakes, unfortunately, are being replicated daily by progressives in office like Alexandria Ocasio-Cortez and other Squad members who have bent over backwards trying to prove their loyalty to the party, elevating the principle of party unity over a relentless fight to win demands working people and the planet desperately need. The end result of this strategy is that the Squad, up until last week, has landed absolutely no victories against the party’s establishment. The only exception to this is the partial victory scored by Rep. Cori Bush who forced the Biden administration to temporarily extend the eviction moratorium. Crucially, this was only won because Bush put herself in direct opposition to the Demoratic establishment and relied on occupations and protests rather than backroom negotiations. She successfully called the establishment’s bluff, something progressives in Congress have been terrified to do up to this point.

It’s important to evaluate the role of the Democratic Party Congressional Black Caucus in securing Turner’s defeat. The caucus’ bankruptcy was on full display during the election through their endorsement of Shontel Brown, and their relentless attacks on Nina Turner. CBC Chairwoman Joyce Beatty (D-Ohio) openly tried to make the election about patronage, arguing Brown would add to the “the rich history” of the caucus. Bennie Tompson supported Brown because she wouldn’t “come in and try to break up that unity.”

In a devastating moment of deja vu, House Majority Whip Jim Clyburn came out swinging for Shontel Brown. This is the same Jim Clyburn who bragged about defeating Bernie Sanders when he campaigned for Biden in his home state of South Carolina, handing Bernie a brutal defeat in the state’s primary. When visiting Ohio he bragged about his long history of opposing left-wing “sloganeering” and said Brown showed “basic, good respect.” The message is clear: unity and respect in the Congressional Black Caucus are based on the whims of what’s deemed acceptable by the Democratic Party elites, not the needs of Black working class people.

It’s important to note that even despite the weight of Clyburn and others bearing down on the district, Nina Turner still performed remarkably well among working class Black voters, demonstrating the desire for class-struggle politics among an important section of the Black working class and youth. This is no doubt connected to the Democratic Party’s abysmal track record of fighting racism which can be boiled down to several symbolic gestures and remarkably limited concrete change.

We Need a New Party for the Working Class and Youth

By running within the Democratic Party primaries, Nina Turner chose to fight on fundamentally bad terrain for progressive politicians. Low voter turnout from working class people and high turnout from wealthier, more conservative voters are a constant feature of the Democratic Party primaries, especially primaries for a special election. While establishment Democrats and the corporate media will try to claim that working class people don’t support candidates like Nina Turner and issues like a Green New Deal, Medicare for All, and the $15/hr minimum wage, it’s important to remember Turner lost by 5% among an electorate one fifth the size of a normal presidential election.

Had she run as an independent, Nina Turner would still be in an election against a clearly establishment-backed Democrat where Republicans routinely have troubles winning more than 20% of the vote. Importantly, she could have given voice to the millions of Americans who are looking for a political alternative to the two-party system.

Running as an independent would have blunted the attacks about being a “bad Democrat”, and freed her up to connect with voters who are alienated by appeals for party unity from political institutions that regularly betray them. It would have also enabled her to run a bolder campaign around issues like a Green New Deal, Medicare for All, and $15/hr. which are fundamentally at odds with the political program of the Democratic Party. Turner’s insistence to tie these issues to being a Democrat actually undercut the message, especially given the Democratic Party’s track record on these issues while in power this year.

The special election in Ohio showed that the Democratic Party establishment is perfectly willing to appeal to unity, so long as that unity is based on peace with the party elites and its big business funders. They were perfectly willing to risk unity with their base to ensure Bernie Sanders lost the primary, and they will be willing to do it again as long as there is no credible threat of a viable, working class political alternative. Running independent, grassroots, unapologetically working class campaigns is not just strategically important for the broader interests of working class people, but could have fundamentally changed the dynamic in the special election for Ohio’s 11th congressional district, which will now be filled by a corporate backed candidate who is a reliable vote against Medicare for All, a Green New Deal, a $15/hr minimum wage, and more.