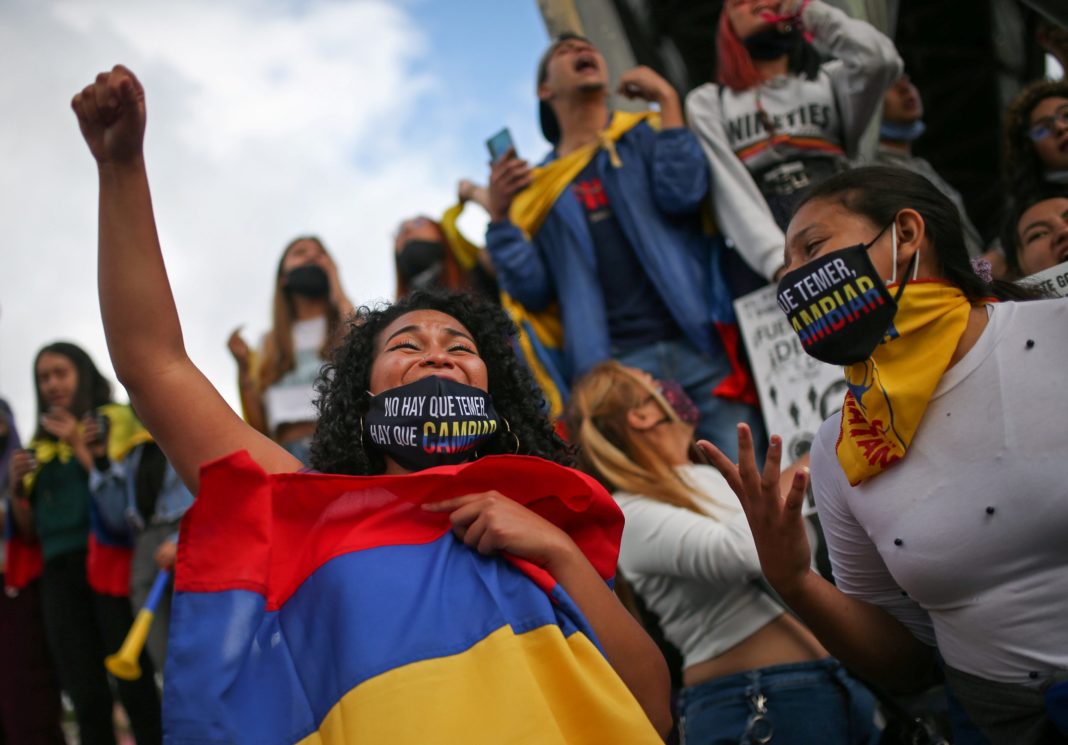 Over the last two months, large scale protests across Colombia have presented the right-wing government of president Ivan Duque with a nationwide revolt against the poverty and inequality he has defended since taking power in 2018. The revolt reignited the protests of 2019 and, along with recent movements in Bolivia and Peru, provided a beacon to workers and the oppressed in Latin America and throughout the world.

Like many countries in the former colonial world, Colombia has struggled to address the combined economic and social crisis triggered by the global outbreak of COVID-19. In 2020, the economy contracted by seven percent, 500,000 businesses closed permanently, and an additional 3.6 million Colombians were pushed into poverty, bringing the total to 42% of the population!

Since taking office, Biden has been under dual pressures; to reassert the image of the U.S. as a consistent defender of democratic rights against a rising China, while simultaneously maintaining international institutions, like the IMF, that have kept Colombia and other nations in Latin America permanently indebted. U.S. imperialism does not care one iota for the people of Colombia. As long as the Colombian state complies with protecting their business interests they will be happy to support any government, no matter how brutally they repress dissent.

Unlike the United States, the Colombian government simply does not possess the resources for a massive stimulus response. Earlier this year, Duque proposed new taxes on working people. He sought to expand the income tax and add a new sales tax on basic items like eggs and chicken. The government claimed these taxes on the “middle class” were aimed at helping the government assist the very poorest in society. In reality, these proposed taxes on those earning the equivalent of 168 U.S. dollars per month were a way to shield the richest from having to contribute to addressing the crisis.

On April 28th, a National Strike Committee made up of the union federation and other organizations, including indigenous and feminist groups, called a one-day strike to oppose these measures. Tens of thousands took to the streets, and more importantly, remained there. The strike spread to over 250 cities across the country, and began to take up broader demands: to not only oppose the new tax measures, but also to confront the ongoing effort by the government to finish the privatization of the healthcare and pension systems. Working people of Colombia shut the entire system down, in a sustained mass strike throughout the month of May.

On May 2, the government announced that the army would assist the riot police to subdue the crowds, while simultaneously announcing the withdrawal of the proposed tax measures. Since then, they have used brutal force to repress protests. Human rights organizations in the country have estimated that over 40 people have been killed so far, hundreds have been disappeared, and thousands injured by rubber bullets, tear-gas, and baton blows.

What Strategy is Needed to Take the Movement Forward?