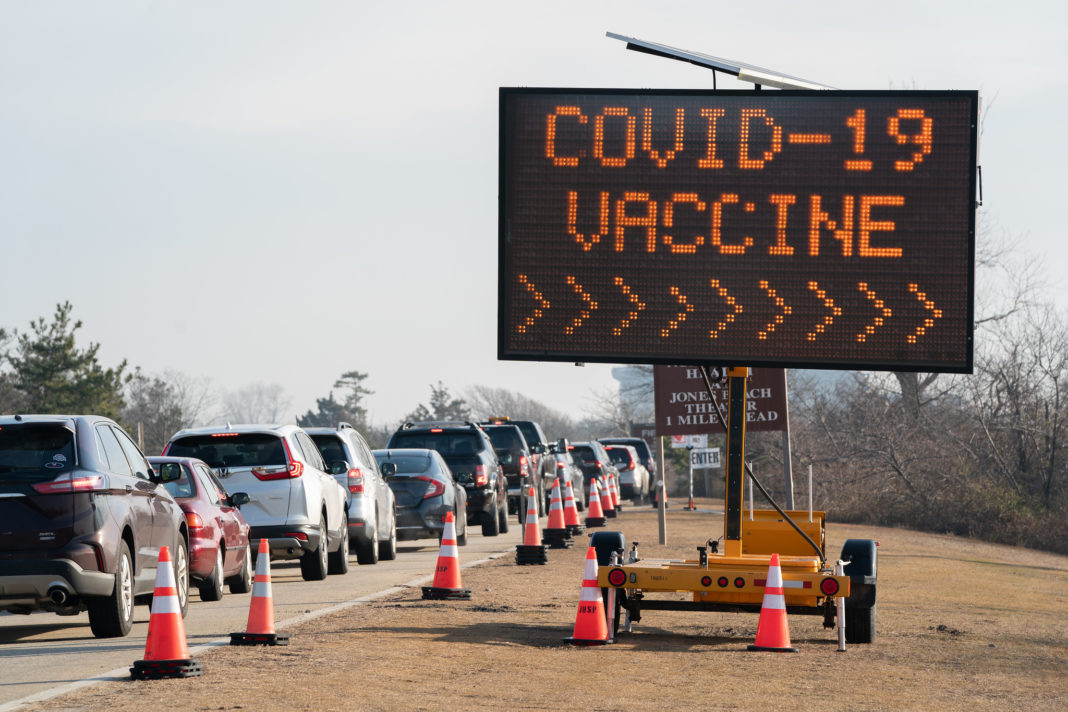 As winter storms blew across the U.S. this February, slowing the vaccine rollout nationwide, something strange happened: COVID numbers dropped dramatically, by more than 70% since mid-January. As many millions are still waiting on stimulus checks and vaccinations, this news feels cautiously sunny.

Public health experts speculate that this downward trend may have to do with the seasonality of the coronavirus, with longer days and warmer weather leading to less transmission. Others speculate it’s the result of underreporting and that many more people have natural immunity to the virus because they’ve already gotten sick and were never tested.

Regardless of the exact cause for this rapid decline in positive cases, we are definitely not out of the woods. Vaccination distribution around the world is still exceptionally sluggish. Cases in the U.S. are still higher than they were during the peak last spring and we could still see hundreds of thousands more deaths in the U.S. if restrictions are prematurely lifted. Even with good news making headlines, if we’ve learned anything over the past year it’s that the capitalist establishment can mess just about anything up if given the chance.

Their overeagerness to declare the war on COVID over is exactly what has prolonged this disaster, and we will need to fight for restraint.

Dangerous coronavirus variants are making their way through the population with the 50% more contagious U.K. variant projected to be the dominant strain in the U.S. this month. Because the U.S. has done such a dismal job at genome mapping, it’s quite possible it’s already been the dominant strain for some time and that the South African variant, which is resistant to the AstraZeneca vaccine, is rapidly circulating. While vaccinations are picking up, any previously acceptable pace is no match for a variant that is 50% more contagious.

In the context of good news about slowed spread, we need to double down on measures that can keep us safe: absolutely no premature reopening of non-essential business, money to the states to ramp up vaccinations, and direct aid to workers and small businesses, including unemployment benefits for anyone who refuses to work in unsafe conditions.

The Democratic and Republican Establishments Failed

Over the past 12 months, the world has watched the American ruling class completely fail to develop a central, coherent plan to bring the virus under control.

Well, triggering a rapid fall from grace, a recording was leaked last month proving Cuomo intentionally underreported nursing home COVID deaths in an attempt to shield himself and wealthy nursing home executives from investigation. Now, with cases rising faster in New York than almost every other state, Cuomo has again reopened indoor dining.

While bipartisan gridlock at a national level is often blamed for the depths of this crisis, the Democrats and Republicans in states across the country have been totally united in their service of big business. They have, across the board, completely failed working people.

We Need A Central Plan For the Coming Months

While the corporate media is ringing celebratory bells across the country that herd immunity is on the horizon, the truth is, no one knows when we’ll get there. If dangerous new variants are not kept at bay by natural immunity, the clock will be set back while scientists tweak existing vaccines. Even if the vaccines generally do hold up, we’re still on pace to add hundreds of thousands of new names to the COVID death toll.

Avoiding the worst of bad potential outcomes requires swift intervention and spending from the state. Biden’s $1.9 trillion stimulus plan is a good start and represents a departure from the Democrats’ traditional neoliberal comfort zone. But in reality, so much more is needed. Household debt now totals over $14 trillion. While the number of student and mortgage loans becoming delinquent has slowed due to government aid and forbearance programs, once those programs expire, millions will be left holding the bag for debt they can’t afford to pay down.

Even the biggest spending proposal from corporate Democrats is depressingly thin compared to what’s needed.

What we need right now is renewed lockdowns across the country, including the closure of all non-essential business. Any lockdown measures need to be accompanied by emergency aid to workers and small businesses including monthly $2,000 stimulus checks, a renewal of the $600/week unemployment top up, and cancellation of all rent and mortgage payments.

As we peek our heads out of this immediate crisis, we have to be crystal clear that more disasters are on the horizon. We got a glimpse of this with the cascading system failures in Texas. We need dramatic, permanent change that will transform the lives of millions of working people: Medicare for All, a Green New Deal jobs program, public ownership of utilities, and a complete overhaul of our infrastructure. We need a union in every workplace, high quality, permanently affordable public housing, and cancellation of all student debt.

Winning the scale of change we need means building a mass, multi-racial struggle of the American working class connected to an international fightback against inequality, poverty, and oppression on every corner of the earth. With the system in complete crisis, it’s never been clearer that we need to do away with capitalism and construct a socialist world built and maintained democratically by workers ourselves rather than parasitic billionaires and their for-profit outfits.