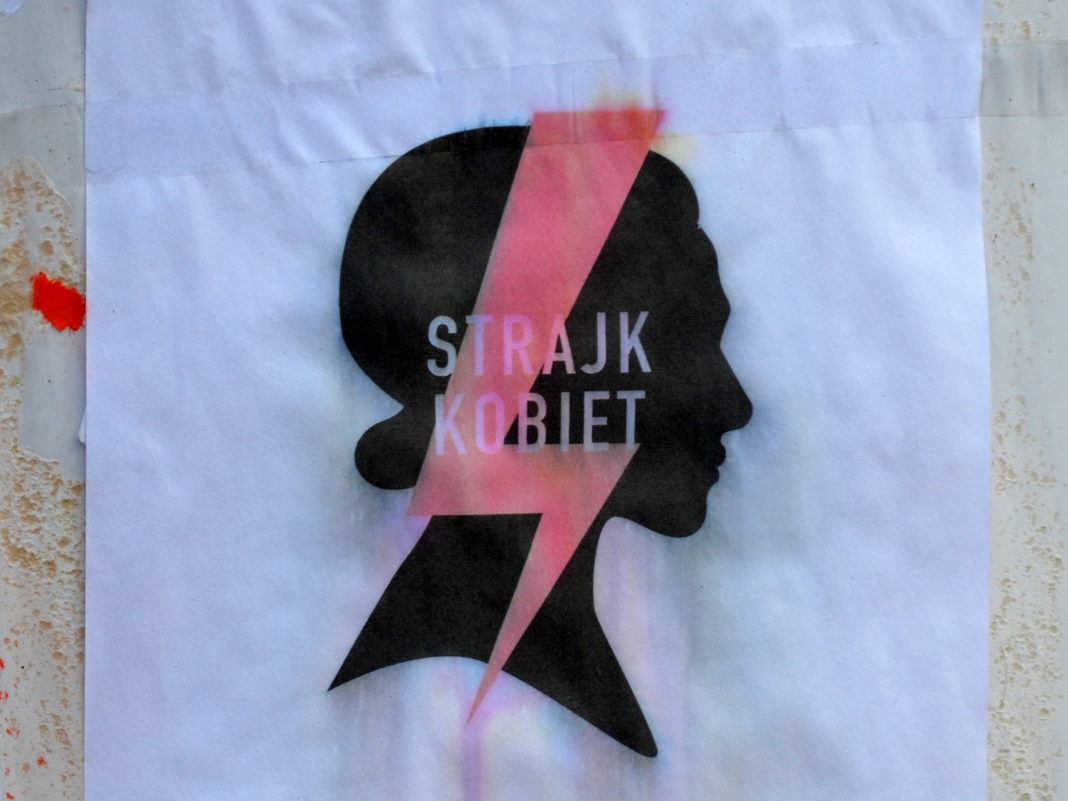 When judges sitting as a “Constitutional Tribunal” ruled to make practically all cases of abortion illegal, even when the fetus has a severe and permanent disability or incurable disease, a massive protest, the women’s strike — Strajk Kobiet, broke out.

Autumn 2020 was marked by a huge movement of resistance to the abortion ban in Poland. About 100,000 people protested in Warsaw on October 30. Large demonstrations took place all over the country. The aspirations of the movement were clear: to obtain access to abortion on demand, and to reject the rule of Law and Justice (PiS), the ruling conservative party.

PiS felt threatened by this tremendous movement and, although not officially abandoning the project, has not yet transformed the ruling of the constitutional court into law. They are playing the card of waiting for the movement to run out of steam, relying in particular on the lockdown that was restarted in November.

Demonstrations decreased in size after the peak on October 30, but smaller actions have continued, showing ingenuity in protesting despite the health situation and threats of repression. Today, the anger and the will to fight are still there, but the movement has, for now, receded.

Following the big czarny (black) protest movement in 2016, 2020 has been another missed opportunity to win this fundamental reproductive right. In October, the movement proved that it would not be intimidated by threats of repression. The government was prepared to use the pandemic as a pretext to increase the repression, but pulled back as it would surely have outraged the broad population and thrown even more people against the PiS camp, while stirring up the anger and determination of the demonstrators.

Unfortunately, the movement lacked a leadership capable of understanding the potential of the mood and how to channel it to a victory. The de facto leadership that emerged from the 2016 movement) has turned away from mass action, instead relying on discussions with politicians from the establishment who have nothing to do with the movement. They talked about calling for a general strike, but took no steps to organize one.

Alternatywa Socjalistyczna — ISA in Poland, through the socialist-feminist campaign ROSA which we launched in 2020, proposed the formation of strike committees at local level. These would have made it possible to decide together democratically on how to continue and develop the movement and on which demands. Elected representatives from the movement could meet to coordinate at national level, and to decide who represents the movement publicly and in negotiations. In arguing this, we stressed that a general strike would be a decisive blow to obtain the right to abortion on demand and that these committees should aim at organizing such a strike.

Unfortunately, our appeal was ignored by the pro-choice groups, many of which do not understand the need to orientate towards the working class elements in the women’s movement. Even those in the feminist movement who agreed with our text did not have confidence in the possibility of building a link between the women’s movement and the wider labor movement.

It is precisely the aim of the ROSA campaign to forge this link by building a working class wing of the feminist movement. A general strike on women’s issue was possible, as illustrated by the many examples of traditional sections of the working class taking solidarity action in their workplace to defend women’s rights: hospital workers, public transport workers, radical trade unions in the coal mines and the post office. While workers were taking action however, the trade union leaderships at national level did not mobilize on this issue, merely declaring that the government was acting irresponsibly by bringing up abortion rights during the pandemic.

Just as the first wave of women’s protests receded, the momentum for a general strike seems to have subsided for now. But the mood for reproductive rights and against the reactionary establishment continues, and will need to be linked up with the slogan of general strike again at some point. Given the growing discontent amongst workers — notably reflected in ongoing preparations for a national nurses strike — building for it is a key task for socialist feminists.