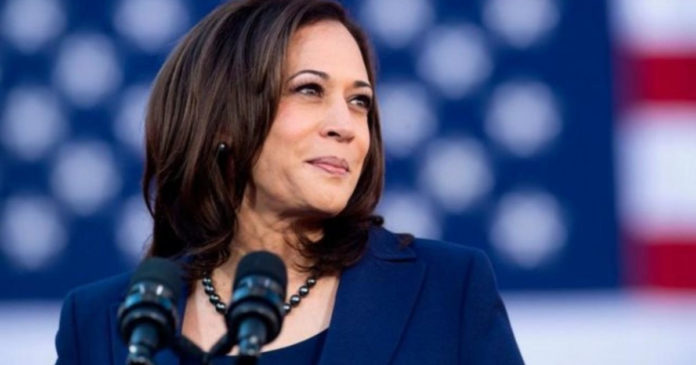 Like in 2008, Americans have achieved another first: voting in not just the first woman, but the first Black woman, and person of Black Caribbean and Indian descent as Vice President of the United States. This is seen as a symbolic victory by many, especially in the context of Trump’s defeat, which represents a loss for the emboldened far right.

While symbolic representation has its place, progressive change should not be measured by the race or gender of our elected officials, but by the policies they fight for and their political records. Kamala Harris has been far from a fighter for the Black working class and voters knew it. In the Democratic primaries, Bernie Sanders was the candidate who garnered the support of young Black and Latino voters – not Kamala and certainly not Joe Biden.

Kamala Harris began her career as a District Attorney in San Francisco and then advanced to Attorney General of California. While she has styled herself as an advocate for criminal justice reform, her record shows an overall commitment to upholding the status quo. While she spearheaded programs to help people find jobs instead of putting them in prison, she also fought to keep innocent people locked up on technicalities. One of her early initiatives as District Attorney of San Francisco was a program designed to increase school attendance by threatening to arrest and prosecute parents whose kids were truant.

While she says she is against the death penalty, as Attorney General she said she would implement capital punishment, and in 2014 she appealed a judge’s decision that deemed California’s death penalty system unconstitutional. Lawyers working under Kamala Harris argued in court against the release of prisoners in California, on the basis that it would deplete an important labor pool – even after the U.S. Supreme Court found overcrowding in prisons in the state amounted to unconstitutional cruel and unusual punishment.

Kamala also refused to prosecute OneWest, a bank where Treasury Secretary Steven Mnuchin served as CEO, after an investigation found evidence of widespread misconduct in foreclosures of homes; Kamala was the only Democrat to receive a donation from Mnuchin in the 2016 election cycle.

Will Kamala Support the Demands of the BLM Movement?

The Democratic Party strategically chose Kamala as Biden’s Vice President to give a symbolic concession to the Black Lives Matter movement. However, she does not reflect any of the real demands of the movement around police accountability or defunding the police.

As Attorney General, Kamala introduced anti-racial bias training for police officers, but she also defended numerous law enforcement officials accused of misconduct and defied calls from ordinary people to rapidly investigate police killings in California. She also opposed a bill that would have required the Attorney General’s office to look into police killings, and opposed efforts to implement body cameras for the police statewide. After Walter Wallace Jr. was murdered by the police in Philadelphia, the official Biden/Harris campaign statement spotlighted looting without even mentioning that Wallace was killed by a police officer.

At best, she has waffled on the question of defunding the police. Earlier in her career she was a proponent of more cops on the streets. More recently, under the pressure of the BLM movement, she has criticized the bloated police budgets in major cities, but remained vague on concretely what should be done.

While the Biden/Harris platform includes welcome goals for criminal justice reform (including eliminating mandatory minimum sentences, eliminating the death penalty, ending cash bail, and stopping government use of private prisons), their collective record of attacking Black and brown workers and social movements raise real questions about how much they will get done, versus how much was simply ‘playing politics’ to get elected.

What Will a Biden/Harris Administration Do For Black People?

It’s important to remember that the last time a racial milestone was crossed in the White House, conditions for Black people did not improve. Under President Obama, conditions for Black workers and youth actually got worse: the 2008 recession decimated Black homeownership and wealth, and led to huge unemployment figures in the community and new levels of poverty. The Black Lives Matter movement erupted during Obama’s second term.

It’s only going to be through a relentless multi-racial, working class, mass movement that we can force Joe Biden or Kamala Harris to support progressive policies like Medicare for All which will disproportionately improve the lives of Black and brown people.

A painting was recently redone to depict Kamala Harris walking with the shadow of Ruby Bridges, the first black child to attend a desegregated school. Ruby Bridges taking that brave walk at just 6-years-old helped open the door for millions of Black children after her to be able to get an education at any school. But Kamala Harris becoming the first Black woman to be named Vice President does not open the door for millions of Black people. Her focus on the glass ceiling she broke, as opposed to the actual needs of regular Americans, softens the image of the brutalities that we experience everyday. We need more than for the faces in power to look like ours – we need the politics to be ours.