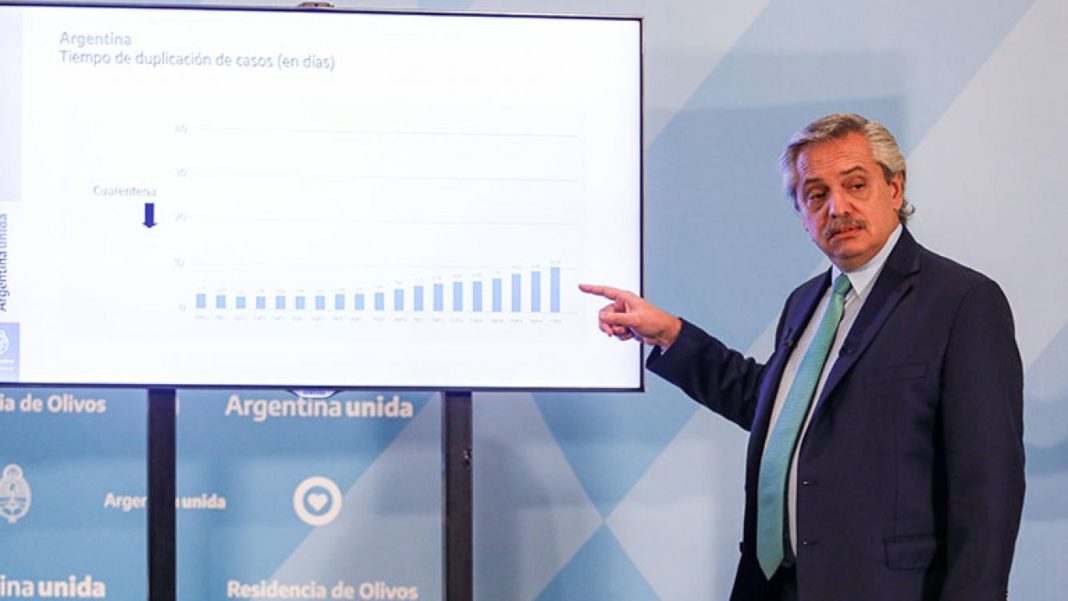 After months of negotiations and ever-increasing concessions by the government of Alberto Fernández, finally on Tuesday, August 4, an agreement with the main “vulture funds” was announced to restructure the payment of US$ 64.8 billion, out of a total of US$ 321 billion in foreign debt.

This is far from a victory for the Argentine people, as the government would have us believe. On the contrary, with a recession that has been going on for two years, an economic recession that is estimated to be 11% by the end of 2020 and with the pandemic spreading more and more throughout the country, it is we, the workers, who will pay for this agreement with more “sacrifices”. Those who are celebrating are the big businessmen, the mainstream media and the right-wing opposition with (former President) Macri at the helm, who quickly rushed to congratulate the government. When the agreement was released, Argentine shares on Wall Street grew between 10% and 14% in one day! If these people are celebrating, there will be nothing good for the workers.

The initial proposal, made in March and supposedly the “final offer”, by the Finance Minister, Martín Guzmán, was to pay 33 dollars out of every 100 and “owed”. The government ended up agreeing to pay 54.8 out of every 100. 54.8 dollars on devalued debt, whose market value was just 25 dollars! In total, the vultures will be paid US$17 billion more than the government’s first offer.

On the other hand, the capital write-off will be practically null and moreover, the date to start paying was also brought forward to January 9 and July 9 (paradoxically on Argentine independence day!) of next year, when before the pandemic the date offered was November 2023. In addition, legal sovereignty has been abandoned by the Argentine state, recognizing jurisdiction of the courts of New York and the “Collective Action Clauses”, which means that legally speaking, the vultures will decide when and how Argentina pays . A true capitulation!

Foreign Debt an Instrument of Plunder and Domination

Despite his electoral campaign rhetoric, when he denounced the foreign debt, now the President says that paying is the best option to have a “future of sustainable growth.” The Argentine people have been listening to this lie for decades. Unfortunately, the recent history of our country is the history of hemorrhaging money to the foreign debt which, being a mechanism of plunder and domination, was introduced by the last military dictatorship in 1976 and all democratic governments have continued since.

Despite the defaults and the crises, Argentina always paid. But the more we pay, the more we owe. Thus, the debt went from US$8 billion in 1976 to US$321 billion in 2019, despite the fact that, in that period, more than US$600 billion were paid!

With this agreement, the direction of the Alberto Fernández government becomes clear. By April 21, they had paid $1,393 million dollars to private external creditors, 320 million to the IMF and more than 100,000 million pesos to other groups of bondholders.

It should be noted that the Argentine government was not alone in this. A kind of international united front for the payment of the debt, from IMF president Kristalina Georgieva and Pope Francis, to Trump, Macrón, Pedro Sánchez and even López Obrador, all, to a greater or lesser degree, lobbied for an agreement beneficial to the bondholders which at the same time, would prevent Argentina from going into default. The latter would be a bad example for all debtor countries at a time when capitalists increasingly need wealth transfers from peripheral countries to the big imperialist powers. Moreover, the IMF needs Argentina to keep paying it, as well as the Paris Club, which is owed $2.1 billion.

Where will the money come from to start paying in January? Once again from the pocket of the workers. Through adjustments to salaries and pensions, shortages in hospitals, through scarce social assistance to the unemployed, etc. It will also be paid for by auctioning our future by further deepening the extractivist agro-mining model.

All of this in a country where poverty affects more than 40% of the population and which, according to ECLAC, is among the top 3 in social inequality in Latin America. Where more than 60% of children will be in poverty by the end of the year, it is immoral to prioritize payment to external capitalist creditors.

The Real Debt is with the Workers! Not One Dollar More!

As the central slogan of the March 8 women’s march, in which numerous Peronist groups participated, “The debt is with us…”. That is to say, that the debt that must be paid is with the workers who see their salaries reduced every day due to inflation and the devaluation of the Argentine peso. Despite having fallen due to the agreement with the bondholders, inflation quickly increased again. The debt is with the health workers who are on the front line of the fight against the pandemic but do not have the necessary PPE. It is with the youth who suffer the most from job insecurity. It is with the teachers who were offered a $0 salary increase and who they now want to force to return to the classroom without any health security conditions.

It is with women who are victims of gender violence and who continue to die from femicides and clandestine abortions. It is with trans women who are still denied the right to decent work. It is with the migrants (the majority Senegalese and Venezuelans) who are denied social assistance because they do not have Argentine citizenship. It is with the unemployed. This is the urgent debt that must be paid.

This will only be possible with a great movement of struggle of the working class and other oppressed sectors. A workers’ government, backed by such a great fighting movement, could impose the non-payment of the debt and immediately begin to put wealth where it is really needed. It would be necessary to confront the blackmail of the vultures and the entire ruling class through the nationalization of banking, foreign trade and the imposition of capital controls to prevent a flight of capital and force the super rich to bring back the dollars that have already escaped abroad, combined with a heavy tax on large fortunes. This would be a necessary first step, as a lever to begin the socialist transformation that the country so badly needs.

But this fight must also be continental. It is urgent not to pay a single dollar more. We need these resources to fight the pandemic that harshly punishes workers in Latin America. In the context of the terrible global crisis of the capitalist system, an Argentina that refuses to pay, and that mobilizes to prioritize the needs of the majority, will find a fundamental ally in the workers and oppressed around the world.