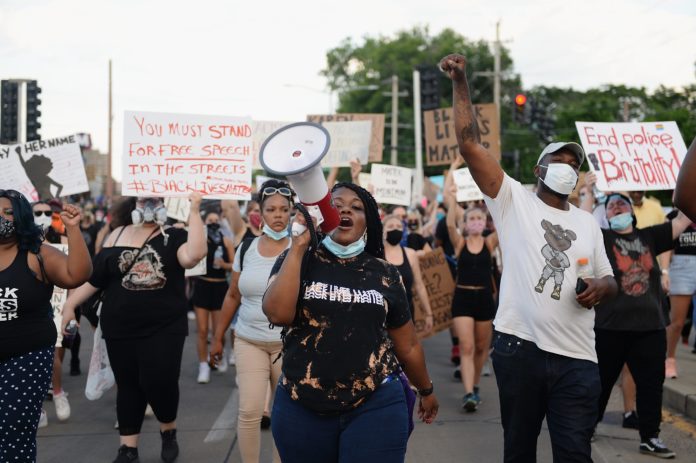 Cori Bush’s primary victory on August 4th sent shockwaves through the political establishment and the corporate media. Her grassroots campaign defeated a 10-term incumbent congressman Lacy Clay, who was a senior member of the Congressional Black Caucus and whose family had been known as a “political dynasty” in St. Louis since the 1950’s.

Bush was endorsed by Bernie Sanders, the Justice Democrats, the Sunrise Movement and other progressive organizations. She ran on a left wing program that included demands for a federal $15/hr minimum wage, Rent Control, Medicare for All, and a Green New Deal. In addition, she outspent her opponent while refusing corporate donations, and built a powerful grassroots activist base to win.

Her opponent tried to give lip service to many of these issues, playing up that he co-signed bills for Medicare for All and a Green New Deal, but his corporate-funded candidacy and close ties to the political establishment made it difficult to deceive the overwhelmingly working class St. Louis electorate.

Bush’s victory will give much needed momentum to the other progressives in The Squad, who will re-enter a hostile congress after defeating their own well-funded, pro-corporate challengers in the primaries this year.

One of Bush’s greatest strengths was that she embraced the fact that she is unlike ordinary politicians. Bush is a working class, African American single mother who works as a nurse. She’s open about having been homeless in the past. At a time when the establishment is fear-mongering about “antifa” and “outside agitators,” Bush embraced her background as a leader in the 2014 Ferguson uprising over the police killing of 18-year-old Michael Brown. The second picture on her website is her with her fist in the air, marching at a protest. In an interview following her victory, she said: “it’s time for an active leader, someone who knows the streets, someone who knows the struggle.”

Her victory is a continuation of many of the processes sparked during the Ferguson uprising, where the established leadership of the Black community was pushed aside by a new black freedom movement, which eventually coalesced into Black Lives Matter. She stands in stark contrast to her opponent, who infamously voted against an amendment that would stop the military from providing police forces with heavy weapons and vehicles just two months before Michael Brown’s death. She also stands in stark contrast to the vast majority of politicians on Capitol Hill, where more than half are millionaires and Harvard, Yale, Dartmouth, Princeton, and Stanford rank among the top ten most common schools they graduated from.

However, simply running on a working class platform and coming from a different background than most politicians wasn’t enough to win. Bush needed to build a powerful grassroots campaign to actually overcome entrenched opposition from the political establishment, relentless corporate funded attack ads, and the Democratic Party elites themselves. Through small donations from working people, she both outraised the incumbent William Lacy Clay and outspent him on television advertisements. Her team made half a million calls, recruited 2,000 volunteers, and knocked on 25,000 doors. It shows the massive potential power working class people have – even when facing a pandemic and looming recession.

While her primary victory is an achievement on its own, her fight with the political establishment is just beginning. She will undoubtedly face racist and vile attacks from Trump, Fox News and the Republicans, and also outright opposition from the Democratic Party establishment. To actually get anything done, she will need to fight unapologetically for her program regardless of the political reality within the pro-corporate halls of congress, continue to rely on the power of social justice movements and use her public position to strengthen those movements, and refuse to put Democratic Party unity over the needs of working class people.

Trapped in the Democratic Party

Unfortunately, Bush sometimes holds back on attacking the Democratic Party establishment, even when that same establishment went out of its way to defeat her. When asked about Joe Biden on Democracy Now on the eve of the DNC, she dodged the question, answering “that’s the person who became the Democratic nominee, the presumptive nominee, so that’s who we’re going to rock with.” While it’s understandable why many would defend Biden’s candidacy compared to Trump’s presidency, there is no reason not to explain the treacherous role big business, the corporate media, and the Democrac Party elites played in shaping the outcome of the DNC, and sabotaging Bernie’s chances at winning the nomination.

In the same interview, Bush was asked to comment on a tweet criticizing Kamala Harris from Briahna Joy Gray, the former national press secretary for Bernie Sanders 2020. While Bush did not go so far as to endorse Kamala Harris, she again dodged the question saying “Yeah, so, you know, that was, Joe Biden had the — you know, it was his pick, and he chose her.” She continued “[Kamala Harris] has evolved in some ways, and so I applaud her for that. But we can’t forget about the people that were hurt along the way.” There’s no need to overstate whatever political evolution Kamala Harris may have gone through since being a key architect of the mass incarceration system, especially when Kamala Harris endorsed Cori Bush’s establishment opponent on election day.

Bush’s weakness on the question of unity with the Democratic Party leadership follows a similar pattern as the rest of The Squad and Bernie Sanders. Earlier this spring as the political establishment consolidated around Biden in a desperate attempt to block Bernie’s rising campaign, Socialist Alternative warned that Bernie’s refusal to confront Biden, referring to Biden as “my friend,” ran the risk of clouding what was actually at stake for working people at a decisive moment in the primary. Since then, Bernie has gotten worse, misleading voters that Biden could be the “most progressive president since FDR.” If Bernie thought this were true, why did he run in the first place?

Alexandria Ocasio-Cortez didn’t endorse Bush’s insurgent campaign, showing a similar weakness as Bernie in appeasing the Democratic Party establishment. Many speculated that AOC made a “deal” with incumbent Lacy Gray, and if so, this would be a step towards trying to make peace with the Democratic establishment. Although she is arguably one of the most influential people in congress in terms of shaping policy and public opinion around key issues like the Green New Deal, AOC received an insultingly short 60-second speaking slot at this year’s DNC. During her speech she missed a key opportunity to highlight the rotten role of the Democratic Party establishment and rally working class people for what will be an uphill fight regardless of the outcome in November, especially as the pandemic worsens and a new recession looms. Even though she limited herself to a ceremonial nomination of Bernie Sanders, the corporate media took the opportunity to cynically attack her anyways, forcing her to reiterate her loyalty to Biden and the Democratic Party.This approach doesn’t strengthen the fight for issues like Medicare for All, which Biden still opposes.

This type of party unity only helps big business and the establishment. As public figures with immense authority and influence among working class people, insurgent elected officials like Cori Bush, AOC and Bernie Sanders need to use their position to clarify the struggle, constantly expose the role of the establishment, and help working class people find the best possible terrain to fight for their interests. The only possible way someone with a track-record like Joe Biden could be forced to carry out progressive policies would be if there was a well-organized, relentless mass movement that threatened the political establishment itself with social ruin. This means working class people need to be prepared to openly confront corporate-politicians at every turn, and fight unapologetically for their interests.

The Democratic Party establishment’s first line of defense is to outright defeat insurgent candidates on election day, like they tried to do with Cori Bush. If the establishment loses, they attempt to isolate left-wing elected officials far away from any sort of decision making. This is why Socialist Alternative calls for cutting all ties with big business and the establishment, and building a new party.

In a truly working class party, “party unity” would be achieved on the basis of what program, strategy and tactics are needed to fight for the interests of working people, unlike the Democratic Party where “party unity” means conciliation with establishment politicians like Joe Biden and their corporate backers. Equipped with a genuinely working class program, free from corporate cash and traditional politicians, such a party could win away sections of working class people who may make the mistake of voting for Trump because of mistrust of Joe Biden and the Democratic Party’s very real betrayals of ordinary people.

A fighting working class party could not rely on politics as usual to get things done. It’s power would come from its roots in social justice movements like Black Lives Matter, the Youth Climate Strikes and the teachers’ uprisings that swept across the country over the last few years. Along these lines it would need truly democratic structures that engage working class people to be able to hold its elected officials accountable, especially as they enter the hostile waters of corporate-dominated legislative bodies. For example, people’s assemblies or town halls could be organized in Bush’s Congressional district to hold her accountable and politically engage folks on the urgent questions of the day. This is where the role of socialists becomes vital in arguing that we should break with capitalism altogether, and build a society that is built around the needs of the vast majority of society, not the billionaire class.

In January, Cori Bush and the rest of The Squad will enter the next Congress in the midst of a New Great Depression, with mass unemployment, evictions and potentially an ongoing pandemic as a part of normal life for working class people. Regardless of whether Trump or Biden is in the White House, there is a dire need for genuine representatives who fight constantly for the interests of working class people. This means going into conflict with corporate interests and establishment politicians on both sides of the isle, and when blocked, relying on the tremendous power working people have when well organized and fighting for their collective interests. These are the tactics Cori Bush used to bring down a corrupt St. Louis political dynasty, and they will be needed even more once she gets to Congress.