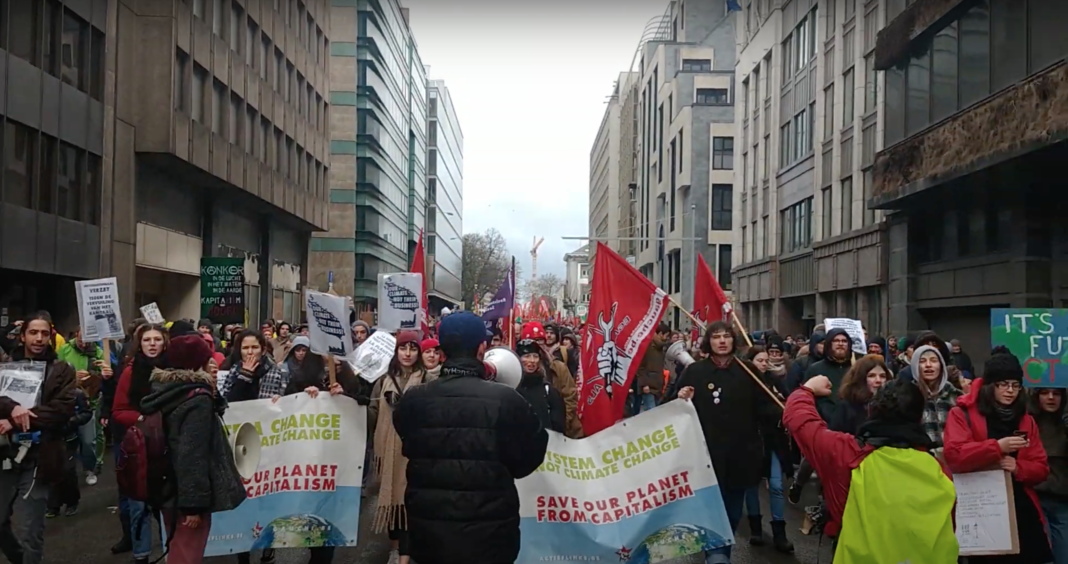 From July 18-25, over 1,500 activists from 34 countries attended International Socialist Alternative’s (ISA) first ever “Virtual Marxist University.” Socialist Alternative is in political solidarity with ISA and had hundreds of members attend and lead sessions throughout the week. More than 78 sessions were prepared for this event, and over 140 members facilitated or gave lectures that were translated into 12 languages. The “World Perspectives Plenary” on the first day had over 600 participants. Among the most popular commissions were “Marxist Economics: How Could a Planned Economy Work,” “The 1930s – Revolution and Counter-revolution, Lessons for Today,” and “The Movement for Indigenous Rights Across the World.”  Other sessions throughout the week covered topics ranging from the history of revolutionary internationalism to a Marxist approach to the anti-racist struggle.

The Virtual Marxist University served not only as a vehicle for political education during the COVID-19 pandemic, but also as a way for ISA members from different parts of the world to share their experiences. Discussions included theory and history, as well as vibrant exchanges about socialist organizing in workplaces, schools, and mass movements. For example, ISA members shared their experiences participating in and organizing climate strikes and Black Lives Matter protests across the globe. Some of the biggest BLM protests outside of the U.S. took place in Germany, where Socialist Alternative’s sister section Sozialistische Alternative (SAV)‎ has been actively involved. For one full day of the event, commissions brought together members from different sectors (health, education, transportation, retail, etc.) to learn from each other’s experiences and lay the basis for future coordinated work.

Since its foundation six months ago, ISA has thrived as a rapidly growing, dynamic international with sections on six continents. ISA functions as a cohesive international with common analysis, a fighting program, and method. This approach enables its sections to work together effectively to build for socialism worldwide in this time of intensified class struggle. The perspectives and program of a united international offer a strong and concrete expression to international workers’ solidarity.

The ISA has also developed successful initiatives such as ROSA – International Socialist Feminists, which has taken hold in countries from Ireland to Russia to fight for abortion access, an end to gender based violence, and more. ISA members organize solidarity campaigns, joint action on International Women’s Day, and against right-wing regimes – whether it is Donald Trump in the U.S., Boris Johnson in the UK, or Jair Bolsanaro in Brazil.

Since the founding of ISA, many of its sections have experienced impressive growth. The U.S. section is experiencing its biggest ever period of growth, and Socialist Alternative England/Scotland/Wales increased its membership by 30%. Membership in the Irish, Swedish, and Mexican sections has also risen during this same period. In addition to growing its existing sections, ISA continues to expand and is discussing with activists in a number of countries.

This decade has already highlighted the importance of Marxist ideas in fighting capitalism’s instability and inequality. Become a part of a fighting international by joining Socialist Alternative today!