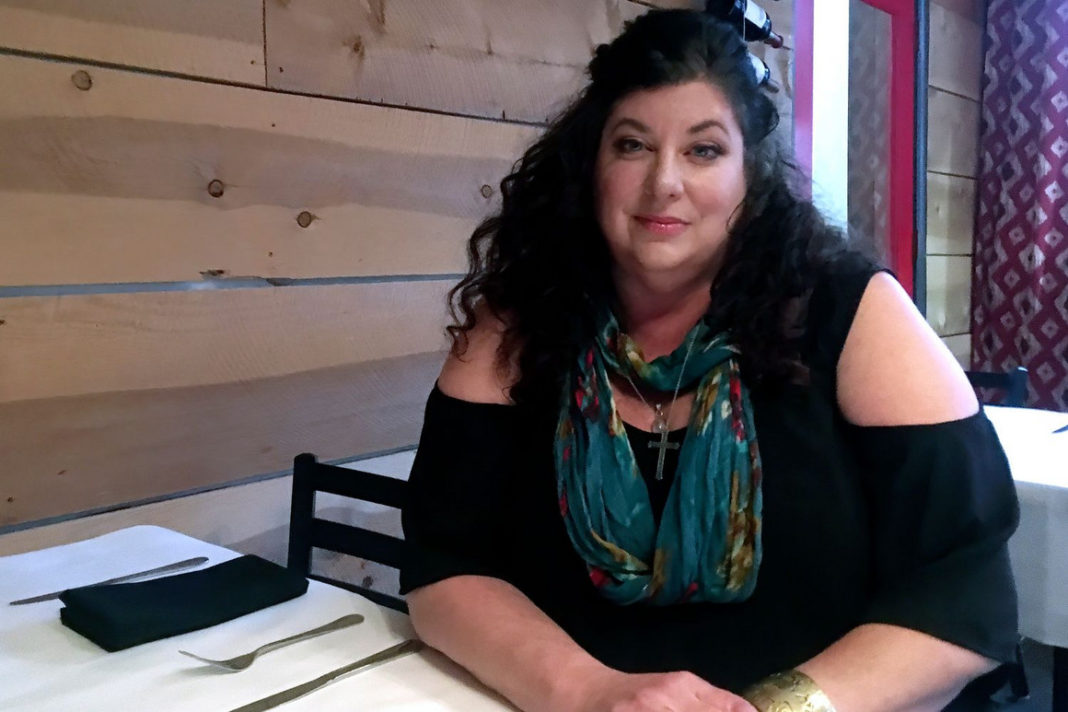 Jeffrey Epstein. Harvey Weinstein. Brett Kavanaugh. Donald Trump. Powerful, well-connected men have used their money and influence within the billionaire class to discredit, undermine, and pay off countless women who’ve brought forward allegations of sexual assault, many of whom felt emboldened to fight back within the rising tide of the #MeToo moment. Tara Reade’s allegations against the Democratic establishment’s pro-corporate candidate, Joe Biden, exposes the deep hypocrisy of their approach to sexual assault and harassment.

Once again, the real priorities of the elite are laid bare. Despite eight women bringing allegations of inappropriate touching alongside Reade, Biden is defended to the hilt by the liberal establishment for whom the interests of women is subordinate to defending corporate interests. The number one goal of the Democratic leadership was to get rid of Bernie Sanders and replace him with a frontrunner that would reliably serve Wall Street. Whether or not their chosen candidate had a record of abusing women was a secondary consideration.

Obviously the Democrats – at face value – do not wage the same overt attacks on women’s right as the Republicans, who’ve nearly eliminated access to abortion and reproductive health care across GOP controlled states, and fight minimum wage increases which disproportionately impact working-class women, among other things. However, the Democratic leadership ruthlessly fought Bernie’s program. Combined with leading Democratic figures now attacking rather than standing with Tara Reade belies that women’s rights or the interests of the working class are substantively important to the party.

In fact, the broader liberal establishment turned its back on Reade. Time’s Up wouldn’t help her, Alyssa Milano, various “feminist” columnists and even the originator of #MeToo, Tarana Burke, have all offered statements that seem to point to defending survivors – just not this time, claiming there’s too much at stake with Trump in the White House. Planned Parenthood, Emily’s List, NARAL, and other prominent women’s organizations issued statements that amounted to accepting that Biden made a statement, and that’s enough.

However, the establishment as a whole knew for months what was coming. The New York Times sat on the allegations against Biden for 19 days before reporting on it. In the same story, executive Times editor Dean Baquet describes Biden’s team actually getting to see and offer editorial advice on the first article that appeared about Reade on April 12. Bernie Sanders suspended his campaign on April 8. If Reade’s story had been a part of the public debate in February/early March, this contradiction would have been on full-display and would’ve complicated the establishment shoving Biden to the fore to stop Bernie.

The current attitude of the Democratic establishment reveals that their outrage in defense of Christine Blasey Ford was merely window dressing to a limp, failed fight against Trump and Republicans during the Kavanaugh hearings. It’s working-class people, particularly working-class women who face the greatest possible setbacks from this utter sabotage to the movement against sexual assault and sexual harrassment. This gives mountains of material to the right wing to say that the liberals are not credible – and the truth is, they’re correct.

The deep anger of millions of women at Kavanaugh and the Republicans in that context was, however, extremely genuine, justified, and showed the raw potential for an organized women’s movement. In this context, it’s understandable that broad anger exists at the idea that this is an election “between two rapists.” We deserve real leadership for that movement, not the sabotage that is on offer from the Democratic Party and liberal elite.

“You’re nothing to me.” – Joe Biden, as quoted by Tara Reade to Megyn Kelly

While the Democratic establishment would far prefer the story to fade into the background of the election cycle, last week, Reade’s divorce papers further strengthened her story. Documents show that her ex-husband cited Reade’s changed behavior in response to sexual harassment during her time working in Biden’s Senate office as an intern. This adds to Reade’s allegation corroborated by multiple sources, including neighbors and friends at the time.

Reade gave an exclusive interview with Megyn Kelly – who came forward in 2017 describing quid quo pro sexual harassment at Fox News under Roger Ailes, saying even “sex in exchange for promotions” was on the table. The interview is posted on Kelly’s personal YouTube channel. In the interview, Kelly asks Tara Reade whether she would take a polygraph to which Reade responds combatively, unwilling to accept the victim shaming inherent to such a question: she responded that Joe Biden should have to tell the truth, and should go further and drop out of the race.

Biden has bigger problems than Tara Reade’s accusations in the presidential election. Trump’s 2016 Communications Director Jason Miller points out that “[Reade’s accusation] reminds people that [Biden is] part of that permanent political class.” Trump faces a certain dilemma if he chooses to highlight Reade’s allegation, having faced during the 2016 campaign more than 15 accusations of sexual harassment and his famously mysoginist “grab ‘em by the pussy” line. However, because the Democratic leadership maneuvered for a presidential race between billionaire-backed, pro-corporate candidates, Trump will attack on Biden’s truly atrocious record.

When the stability of the billionaire class is on the line, the establishment defends their class interests – which is why working-class women cannot trust liberal, glass-ceiling feminism to genuinely fight for equality, nor is it possible under capitalism. Even more, the Democratic establishment’s failures to fight for working-class people, and their glaring double standards, serve to validate Trump’s “drain the swamp” demagoguery, hardening his base of support.

The cover-up and dismissal of the accusations against Biden by the Democratic elite are a slap in the face to the ordinary people who shared their stories under the viral #MeToo that inspired heroic protests. #MeToo began in Hollywood but amongst working-class women the conversation turned to organizing against sexual harassment when your assailant has power but isn’t famous. Collective action taken by McDonald’s workers and 20,000 Google workers walking out against sexual harassment led to concrete victories won through workplace organizing, actions which were applauded by Democratic politicians across the country. According to a March 2019 Gallup poll, 62% of Americans believe sexual harassment in the workplace is a major problem (70% of women).

We Need Our Own Independent Party

Pressure from working people forced Biden to make a statement, finally denying the allegation. The New York Times editorial board initially downplayed Reade’s claims and poked holes in her story, only to soften their approach as outrage grew, and was forced to call for an investigation of Reade’s claims.

Bernie’s movement-based approach to take on economic inequality, gender descrimination, and attacks on abortion care made him the clear choice for socialist feminists and working-class women. That he mobilized an unprecedented grassroots campaign to wage a political revolution against the billionaire class shed light on the contradictions of the Democratic establishment embedded with big business interests. This makes it all the more tragic that Bernie did not draw the correct conclusions about the need for political independence from the Democratic Party that pulled out all the stops to ultimately defeat him.

Now the COVID-19 crisis and impending economic depression have only shoved global gender inequality into the spotlight. Women make up 70% of all health and social-services staff globally. Domestic, sexual, and gender-based violence increases during crises.

To root out and fight against sexism, we need a new party built by and for working-class people which views sexual violence as an endemic threat, not as a talking point during election cycles. This party would need to fight tooth and nail for a program oriented toward mobilizing the working class to win affordable, social housing built by taxing big business and the rich; for expanded union rights, and a labor movement ready to combat workplace harassment with a fight for equality; for Medicare for All that includes free abortion on demand, alongside free, high quality childcare. Time and again the Democratic Party – in its collusion with the billionaire class – proves that it cannot be that party.

It would be a massive mistake for the feminist movement to rally behind Biden. The Democratic establishment’s chosen candidate has a long history as a “hair-sniffer” who doesn’t know how to keep his hands to himself. Papering over allegations, questioning the timing of when they come up, and apologizing for openly sexist behavior continues to help Trump and the right wing – and undoes the steps forward made with the convictions of serial rapists Weinstein and Epstein. The Democratic Party once again shows that its leadership is fundamentally opposed to grassroots movements that can win the participation of the wider working class. If two scandal-ridden, billionaire-backed, recorded abusers are the best candidates U.S. capitalism can produce, working people need an alternative.

We shouldn’t vote for Biden. Not just because Biden is personally abhorrent, but because we can give no support to the Democratic establishment that is rooted in protecting a tiny elite hoarding the world’s resources while millions of working people face even deeper crises. If our social movements are to win significant gains, political independence from the ruling class is non-negotiable.