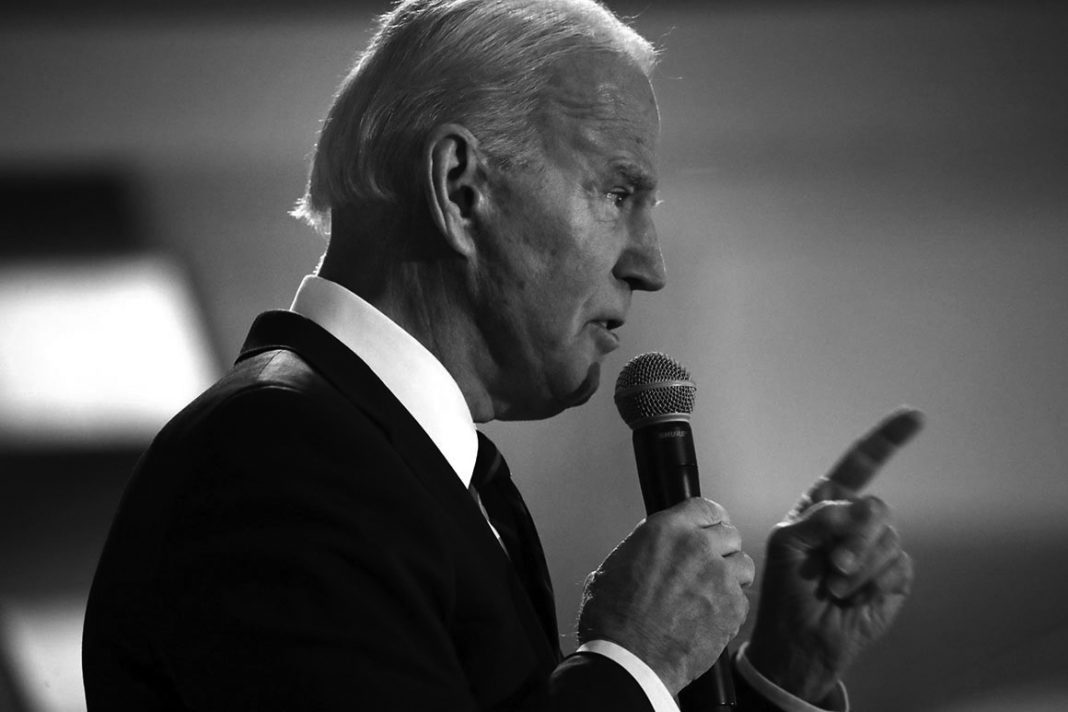 Joe Biden’s history as a loyal servant to corporate interests is well documented, and has come at an enormous cost to working people, both in the U.S. and internationally. During his six terms as a Senator from Delaware and two terms as Vice President, Biden has been a reliable and enthusiastic booster of the billionaire class. From the catastrophic war in Iraq which resulted in the deaths of an estimated 2.4 million Iraqis to his championing of a 2005 pro-corporation bankruptcy law that has been devastating to working people. During Biden’s nearly five decades as a leading Democrat, including 20 years of Democratic administrations, income inequality has accelerated to the historic and outrageous level where it is today.

Biden’s total incapacity for leadership for working people, as well as that of the Democratic party establishment as a whole, has been fully exposed during the coronavirus crisis. At the time of this writing, with COVID-19 cases skyrocketing, one-in-five Americans living under shelter-in-place restrictions, and millions of workers losing their jobs, Biden completely disappeared from public view for days. When Biden finally released a video statement, he attacked the Trump administration for their lawsuit against Obamacare at a time when it’s obvious that the private health care system is an enormous obstacle to meeting the demands of the coronavirus pandemic.

History in the Senate

Biden outperformed expectations in the March 15 debate with Bernie Sanders although Sanders did expose some of his real record. Take the “bankruptcy reform” legislation in 2005 which benefited the credit card companies headquartered in his home state of Delaware by making it nearly impossible for ordinary people to declare bankruptcy. This was a years-long focus for Biden. The amendment he wrote to make child support the first priority in bankruptcy proceedings was nothing more than a political stunt over a technicality. Biden’s amendment changed absolutely nothing in practice, yet he uses it to claim he was making a bad law better. Biden’s son, Hunter, was making $100,000 per year as a consultant for one of the biggest credit card companies, MBNA, at the same time that Biden was pushing to get bankruptcy reform passed in congress. Among other punishing measures, Biden’s bankruptcy bill made it impossible for student debt to be discharged in the bankruptcy process.

Biden was one of the main architects of mass incarceration during the height of the “War on Drugs” in the 1980s and ‘90s. Biden authored several bills as a senator to build more prisons, hire more cops, and prosecute drug offenses more harshly. More recently, Biden has shifted in the other direction as consciousness on the racism of the criminal justice system has changed among Democratic voters. But in 1989, Biden criticized President George H.W. Bush’s policies from the right, arguing that the president’s plan “doesn’t include enough police officers to catch the violent thugs, not enough prosecutors to convict them, not enough judges to sentence them, and not enough prison cells to put them away for a long time.”

As chair of the Senate Judiciary Committee, Biden took the side of harassers in his sexist treatment of Anita Hill in 1991. Instead of calling corroborating witnesses or using his position as chair to defend Hill, he stood by as Republican senators attacked her in vicious racist and misogynistic terms, despite the fact that Biden actually opposed the nomination of arch-conservative Clarence Thomas to the Supreme Court.

It’s All on Tape

Video evidence belies Biden’s claims that he has never advocated cuts to social security. In fact, he’s long been a deficit hawk, looking for ways to balance the budget by cutting programs that benefit working people. His chief of staff while vice president was Bruce Reed, a neoliberal technocrat who helped write the Clinton administration’s welfare reform act “to end welfare as we know it” and has been the president of billionaire school privatizer Eli Broad’s foundation. Reed was a key part of the Simpson-Bowles commission that wrote a plan for cutting the deficit that included big cuts to Social Security. Simpson-Bowles failed in Congress, but Reed was included in Biden’s administration in part to continue working on a bi-partisan deal to cut Social Security.

For all his lies, nepotism, and overnight reversals of long held positions like his support for the Hyde Amendment which restricted abortion access for poor women, Biden is not all that unique. Just like the rest of the degenerate class of capitalist politicians from which he hails, he’ll say just about anything to try and convince voters that he has working people’s interests at heart at election time. But once in office, he has a long rap sheet of austerity, wars for oil, and divide-and-conquer oppression that help keep his capitalist paymasters swimming in profits.

From coronavirus to climate change, housing to health care, we are living in an increasingly crisis-ridden society where working people and the poor are bearing the brunt of capitalist chaos. A Biden administration promises more belt-tightening and dysfunction for working people while a tiny elite hoard more of the world’s resources. This will provoke mass resistance and is just one more reason we need to start building an independent working class political force now.

A New Era of Capitalist Instability