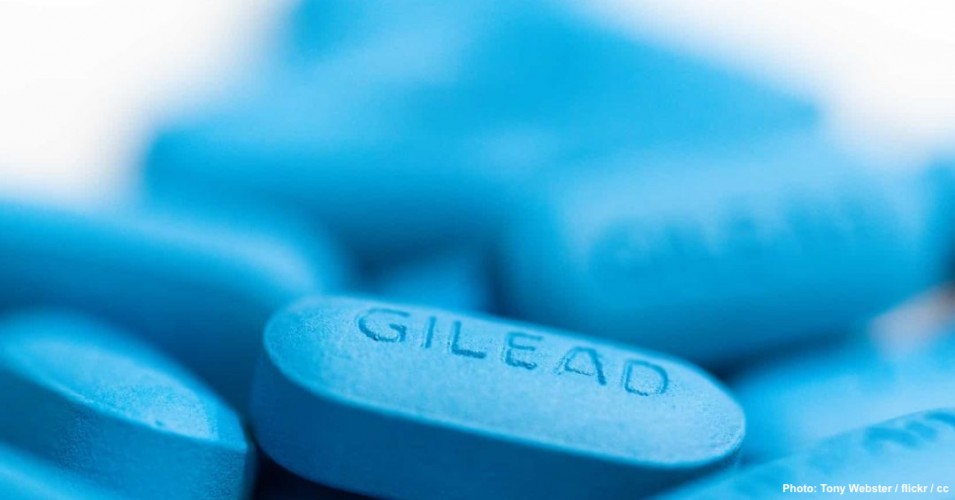 Under capitalism, disease is an immensely profitable industry, and what huge pharmaceutical corporations excel at is extracting enormous amounts of wealth from our public health.

Big pharma would have us believe that without their investments in scientific research, millions of people would not benefit from the dizzying array of drugs they sell us, but the truth is far less savory. Instead of reinvesting their huge profits in cutting-edge research, the huge corporations that dominate the medical landscape prefer to let fledgling scientific enterprises take all the risks to push research agendas forward. Then, when a small company creates a new drug that corporate predators think they can sell, to at least the richest proportion of the global citizenry, they mobilize their immense financial resources to wrest control of any new patents from their rivals.

This perpetual cannibalism of smaller businesses that guarantees maximum profits with minimum risks is a dark process, which includes the consumption of other companies to ensure their drugs never see the light of day. This, more than anything else, demonstrates where the real priorities of corporations lie. What system other than capitalism would encourage the disembowelment of life-saving knowledge so that big pharma can gratify their macabre pursuit of profit?

It is the relentless drive for super-profits that defines how big pharma decides what type of drugs they will prioritize for mass production. Medicines that can be sold to wealthy consumers in developed countries, are fast-tracked, while drugs and treatments that might benefit the poorest billions simply fall by the wayside.

We are lumbered with an inhumane big pharma juggernaut, that is both unable and unwilling to serve the needs of the many. The rapid spread of COVID-19 is laying bare the corrupt and bankrupt nature of corporate power-brokers. This new and deadly disease has thrown the masses of ordinary people together in a desperate effort to see off this harbinger of death, but rather than help out, big corporations are using the pandemic as just another opportunity to turn a buck.

US-based Gilead Sciences is a powerful member of the big pharma community closely associated with Donald Rumsfeld and the former Secretary of State George Shultz. It is best known for its profiteering from Tamiflu and desire to undermine scientific efforts to submit their research on this anti-viral drug to democratic scrutiny.

As a result of public investigations last year, Gilead once again made international news for its “heartless and cruel price-gouging practices toward vulnerable groups” like those suffering with HIV.

Now with the COVID-19 pandemic bringing death and mayhem to the globe, Gilead have discovered that Remdesivir, an antiviral drug developed in the wake of the 2014 Ebola outbreak with “at least $79 million of US government funding,” could be used to “alleviate the worst effects of the disease.” Ready to seize another opportunity to line their pockets, Gilead quickly moved to prevent other companies from selling generic versions of “their” drug.

They assumed that these actions would go unopposed, but mass opposition to this pandemic profiteering soon forced the corporation to rescind their plans in the United States at least, although as Médecins Sans Frontières (MSF) point out, the company “has yet to commit to not enforcing its patents globally.”

Another corporate giant with similar ambitions to swell their bank accounts from this pandemic is the US-based diagnostic test maker Cepheid — a company which has “just received US FDA Emergency Use Authorization for a rapid COVID-19 test (Xpert Xpress SARS-CoV-2) that delivers results in just 45 minutes, using existing testing machines that have been routinely used for tuberculosis (TB), HIV and other diseases.”

Aghast at such profiteering MSF states: “Cepheid just announced they will charge US$19.80 per test in developing countries, including the world’s poorest countries where people live on less than two dollars per day. MSF and others’ research on Cepheid’s TB test (which uses a similar test cartridge for TB for which the corporation charges $10 in developing countries), shows that the cost of goods, including manufacturing, overhead, and other expenses, for each cartridge is as low as $3, and therefore each test could be sold at a profit for $5.”

Cepheid is a perfect example of how smaller and successful pharmaceutical companies get gobbled-up by big pharma. At the time of Cepheid’s 2016 acquisition by the big pharma giant, Danaher, the smaller enterprise was just one in the latest of 400 odd companies that its new parent had purchased since 1984.

Quite rightly MSF maintains a critical eye on other more systemic forms of pharmaceutical exploitation which, as they explain, create corporate barriers which “stop people living with TB from getting the lifesaving medicines they need.” Approximately 1.5 million people die every year from TB, a disease that, if there was the political will, could have easily become all but eradicated. The tragic scale of this needless suffering also vastly increases the number of vulnerable people who will be more likely to die from COVID-19.

In an important article titled “5 barriers from Big Pharma preventing people getting lifesaving TB drugs” MSF provides a forensic examination of the devious way in which big pharma corporation Johnson and Johnson (J&J) engages in such murderous practices. J&J produce the TB drug Bedaquiline and then multiply the cost of making it by “eight times” or more when selling it to markets in poorer developing nations say MSF. The profits from this despicable behavior go directly to the corporation even though it is “estimated that taxpayers put three to five times the amount of funding into the development of Bedaquiline as J&J.”

Realizing that such price-gorging makes it look greedy, which it is, the corporation pumps out a great deal of nice-sounding propaganda to advertise to the world that they donate some Bedaquiline to the needy. Yet for 130,000 people in India who require treatment, they have only donated 20,000 treatment courses, a drop in the ocean considering the corporations rampant profiteering.

To make matters worse, Johnson and Johnson are currently “trying to wring out yet more profits by blocking more affordable versions of Bedaquiline in India for an additional four years.” And contrary to all their nice sounding words about helping the poor, the corporation is protecting its own personal golden goose by shutting down their R&D units for new antibiotics that could potentially cure the disease.

Ties to the military

When human life is treated with so little respect, it should come as no surprise that the board rooms of many big pharma corporations tend to overlap with those of military profiteers. For example, the board of J&J includes the CEO of Lockheed Martin, the chairman of Rolls-Royce, a board member of Boeing, and a board member of Honeywell.

Not one to look a pandemic in the eye and not see a profit, Johnson and Johnson have now teamed up with the US Department of Health and Human Services’ Biomedical Advanced Research and Development Authority (BARDA) to collaborate on a potential vaccine for coronavirus. As the corporation notes on their web site, they are “closely monitoring the COVID-19 (coronavirus) situation” and have “robust business continuity plans in place across our global supply chain network to prepare for unforeseen events and to meet the needs of the patients, customers and consumers who depend on our products.” (April 2) These business plans to rake in profits from their consumers are of course being funded by a $0.5 billion investment from the America tax-payer, an event of stunning corporate welfare which led to a 3.8% rise in the value of J&J’s shares.

Human life is clearly secondary to the pursuit of profits. The chaos of the free market must be superseded by a more scientific system of planning — a socialist system, where drugs are produced to meet the needs of the mass of humanity. Pills for greed must be replaced by pills for need.