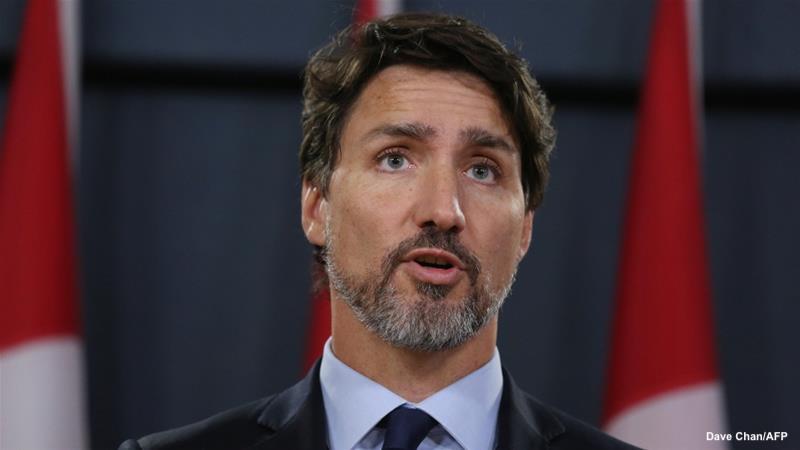 On January 30, the World Health Organization (WHO) warned that governments should be preparing immediately and taking precautions due to the virus. On February 24, the increasing number of cases outside China spurred the WHO to warn that the virus could become a global pandemic, and that all countries should prepare. On February 27, the WHO increased its assessment of the global risk of the outbreak to “very high.”

The first confirmed case of COVID-19 in Canada was a patient in Toronto on January 27. What did Canada do? For a month, very little. At the end of February, it was still only issuing travel advisories to South Korea and China. On March 11, the government of Canada announced a $1 billion COVID-19 Response Fund, with an assurance from the Prime Minister “that we have your back and we will get through this together.”

On March 16, the government recommended that Canadians avoid non-essential travel outside the country, that Canadian travelers return to Canada, and all travelers to Canada self-isolate for 14 days upon entry, with exceptions for workers (including truck drives, train crews, airline staff, etc.) who are essential to the movement of goods and people. On March 18, all foreign nationals, except from the US, were barred from entering Canada.

On many fronts the Canadian government was and is slow to act and on other fronts it has taken no action at all.

Only on March 31 did the Canadian government announce, after weeks of “talking,” it had agreed to purchase testing kits, portable ventilators, hand sanitizer, and protective apparel from several Canadian companies. This is an emergency. It is not the time for weeks of negotiations with profit-driven private firms ‒ it is the time for action! Even now many essential workers lack proper protection.

Testing in some parts of Canada, especially Ontario, is far behind what is needed. Again, it was known for weeks that widespread testing was vital. On March 16, the WHO stated, “We have a simple message for all countries: test, test, test.” The tests are fairly straightforward, and many laboratories could carry them out.

Many construction sites around the country continue to operate. It is almost impossible to work safely while keeping six feet apart; Safe Work requirements mean workers have to stand closer. Scandalously, construction of the Canadian government-owned Trans Mountain pipeline continues. Work continues to build the Site C dam for the provincially-owned BC Hydro. The Site C work camp has nearly 1,000 workers with reports that up to 200 workers ate in a dining hall at one time. Neither meals or work allow for proper physical distance. Already ten workers are in isolation with COVID-19 symptoms. The local communities need and want these sites closed as an outbreak would overwhelm their health facilities.

Homeless people continue to sleep rough, putting themselves and the community at high risk of spreading the virus. Many people live in overcrowded housing and cannot physically isolate. The lack of shelter spaces for people fleeing violence and abuse in their homes was a scandal before COVID-19. Now it can be a death sentence. Government action has been weak or non-existent.

Many in essential services are working long hours for low pay, with many of these, including cleaners, grocery store workers and workers in care homes making only or just above the minimum wage. They need more than cheers at 7pm. The minimum wage for all in Canada must be raised to $15 an hour and essential workers should have at least $2 an hour extra pay. They also need protective clothing, child care, and time off to recover.

One of the first waves of death in North America started in late February in a Washington state seniors’ home that killed 35. The first death at Lynn Valley Care Home was on March 8. Yet, more than five weeks later, Canadian seniors’ homes are still centers of death. The lessons from this early carnage have not been acted upon. Test all patients and staff, ensure space for isolating and bring seniors’ homes into the public sector with well-paid full-time staff, eliminating the need for care givers to work at more than one institution to make ends meet.

The internet is an essential service during COVID-19. People are at home but need to contact Service Canada, companies and services and to stay socially connected, vital for mental health in these trying times. Yet many people cannot afford the internet. Canada’s internet and phone charges are notoriously high. The big companies should be taken into public ownership to provide a vital public service.

Canadian banks have been given $150 billion, through CHMC’s purchase of mortgages, and interest rates are near zero. But still banks have not slashed or abolished credit card interest rates across the board and their mortgage deferral plans actually make them more profits, while saddling Canadians with increasing levels of debt. Canada’s five big banks are consistently in the top most profitable companies in Canada, making over $29 billion dollars annual profit for the last few years. In this time of valuing essential workers, what value do banks provide? They have shown, yet again, they prefer profits to helping people. It is time they were taken into public ownership to provide low-cost help to millions of struggling Canadians.

The mounting nightmare in the US may make the Canadian government seem competent, but a poor response is not excused by a terrible one. The government may hide behind the excuse that many actions are up to the provinces, but the federal government should provide timely and decisive leadership during this major crisis.

Defenders of the government might say to give it time. But COVID-19 is not giving anyone time. When a government wants to act. it can. In World War Two the Cadillac plant in Detroit was converted to make tanks in just 55 days. Fifty-five days from the January 30 WHO warning was March 25. At that stage the government had done very little to guarantee plentiful supplies of equipment and widespread testing, given people security of income and housing for all, or stopped profiteering from COVID-19. Now on April 12 we are 73 days in and these basic measures have still not happened.