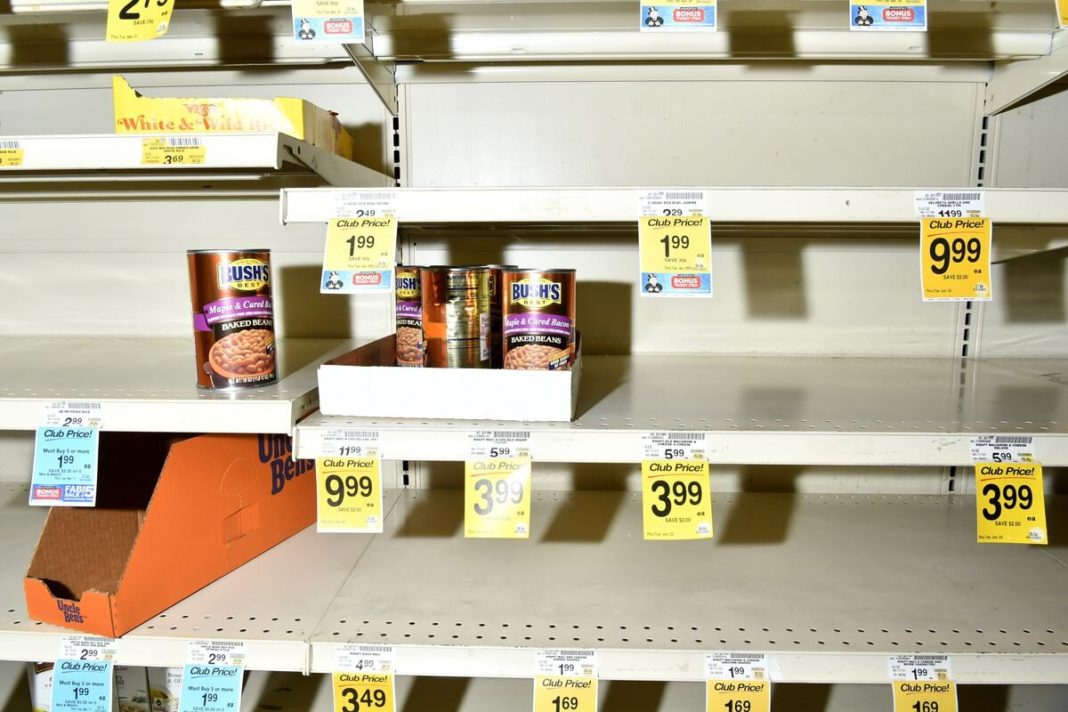 Like millions of other restaurant workers across the country, I’ve recently found myself out of a job. I wasn’t fired. There was no email or phone call to convey contrived sympathies – how it’s hard for “all of us,” or that we will get through this “together.”  I have never received the slightest consideration from the family that runs the restaurant I have worked at for the past nine months. Every week has been a new schedule, and sometimes, despite my protests, my shifts have been cut or handed to someone else with no explanation.  The coronavirus pandemic and the collapse of the world economy has understandably led to a lot of uncertainty and anxiety for most people.

However, I must confess that so far, I haven’t felt any substantial change, because for most of us in the food-service industry – and I’m confident of many other industries as well – uncertainty has become the norm.

I live with my mother and help support her financially.  She works as a substitute art teacher, and on the side, gives tours for prospective employees at a local biotech firm. This had brought in an extra thousand dollars a month. So it was devastating when the company announced they had indefinitely suspended bringing in people from outside the country. Combined with hearing the news that the schools were closing, suddenly our household income had been cut in half.  After I came home from what would be my last shift at the restaurant, we sat down and had a difficult conversation about what we would do next. I touched my resume up a bit, printed out several copies, and then, the next morning, drove to three grocery stores looking for work.

I seemed to catch some luck; in less than five minutes I had spoken with a manager at a local high end market, and was hired to work the next day, nine to five thirty.  At the beginning of my first day, I asked about what my wage would be, and whether I was being hired on a temporary basis, or whether I could start working full-time. “Let’s talk about that later, when you finish your shift,” the manager told me, while pointing to the cardboard boxes of chips waiting to be unloaded.

Of course when “later” came, he told me we would talk about it first thing next morning.  Wise to his game, I didn’t protest the next morning on my second day. Instead, I made an effort to talk to my coworkers. In the break room, I met Manuel, a former cook at the Staples Center, where the Lakers usually play, and Christy, a hair stylist. Like me, both of them had started in the past few days, after their workplaces had closed.

As we were discussing our shared situation, and comparing notes from our first day at the new job, one of the regular full time workers joined in. “We get paid 16.50 an hour, and if you’re full-time you get healthcare and other benefits too.” After thanking him, he continued: “I hope all of you are praying. I was in New Orleans during Katrina, and we were stuck on the roof for eight days. It’s looking like it’s going to get that way here. Man, I hope to God it doesn’t.”

He had given clear expression to the mood I had picked up from my coworkers.  Whether we’re stocking shelves, attending the register, bagging items, or handling shopping carts–everyone is worrying about how this crisis is going to unfold. Towards the end of my second day, I was pushing a cart full of items to be stocked, when that same full-time worker stopped me.

“Did you talk to Eric [the manager] yet?” he asked.

“No, he hasn’t been straight with me,” I answered.

“Talk to Linda, [another manager] she’ll straighten things out.” He delivered this with a steady determined look. Though the interaction lasted maybe ten seconds, it was enough to convince me that I had found someone who would have my back. I fully intend to have his, as well as all the other workers I’ll get to know in the coming weeks.

Working in a crowded supermarket for the foreseeable future, I quickly resigned myself to eventually contracting the coronavirus. Reading estimates that between forty and seventy percent of the population is expected to be infected, and working in an environment where hundreds of people will pass by me everyday, I think it’s a reasonable assumption. I am now, as the media pundits say, on the “frontline” of the pandemic. I’m not too angry though, because I  remember the relief my mom expressed when I told her about my first day. If I can keep this job for the next six months, with that income and the cushion I created when I paid off my credit card debt last year, we should be able to make it. The risk of contracting the virus is, hopefully, a small price to pay for being able to survive the sharp recession that is quickly emerging.

Once again, the billionaire class of bosses and politicians will provide bailouts to themselves, leaving the vast majority of us to fend for ourselves. Once again, they will demand that we pay for their crisis.  But having gone through the political experiences since the last crisis, I’m confident that working people will not let them. While we are scrambling to find work and take care of those we love, simultaneously we must be preparing for that moment when we can return to the streets. The experiences of Occupy, 15NOW, Black Lives Matter, #MeToo, the Bernie Sanders campaign, and countless others have inspired tens of thousands to join the socialist movement in the past period.

Capitalism has plunged the world into a historic crisis which we will be expected to bear.  But we, the millions of working class people, can rise to demand not only that the billionaire class be held responsible for their crisis, but that the system that produced the crisis be ended. I am looking forward to continuing and winning the struggle for a socialist world, a world where workers don’t have to risk infection to keep their heads above water.