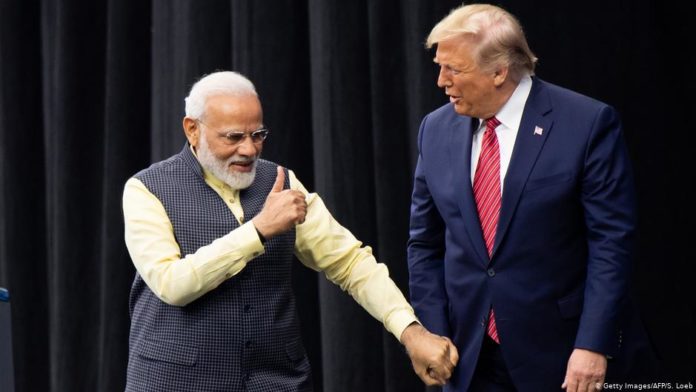 Escalate the movement against communalist citizenship legislation! United resistance must be organized and extended

Orchestrated violence in Delhi left at least 50 dead and hundreds injured. The violence came after calls from BJP politicians to stop the ongoing protest against new citizenship legislation. The Hindu nationalist BJP won the parliamentary elections of May last year in Delhi, but could not translate this into a victory for the local state parliament. This strengthened frustration in the Hindu nationalist ranks.

For some time now, the central government’s economic and social failure has been increasingly hidden behind an intensified communalist campaign, now also with lethal violence. The Modi government is at the very least complicit in watching passively while the violence happened.

During the violence in Delhi, houses, shops, cars and other Muslim possessions were attacked and destroyed by gangs. At least 300 shops were destroyed, in addition to about as many houses. More than 400 were injured and at least 50 confirmed dead. The fatalities are mainly young men, but also include an 85 year-old woman who was burned alive in her house. Witnesses claim that the attackers shouted ‘Jai Shri Ram’, a religious slogan often used by the BJP. The police either did not intervene or even openly took part in the sectarian violence against Muslims. This deadly violence puts pressure on the protest movement against the controversial citizenship laws of Modi and the BJP.

With these citizenship laws, the BJP government wants all residents in the country to register. A national population register, the National Population Register (NPR) and a proposed National Register of Citizens (NRC), aims to investigate who can be considered an Indian citizen. With the Citizenship Amendment Act (CAA) it was determined that non-Muslims from four neighboring countries are also eligible for Indian citizenship.

Excluding Muslims indicates what the BJP is all about: sowing division. This has been under preparation for some time now. At the end of 2018, Interior Minister, Amit Shah, responsible for the actions of the police, described refugees from Bangladesh as “termites”. The discrimination is not limited to Muslims: also Sri Lankan Tamils, who are predominantly Hindu, are excluded. This is mainly due to the fact that the BJP hardly enjoys any support among the Tamil population in southern India.

In December and January, there were mass protests against the measures taken by the BJP government. Hundreds of thousands of people took to the streets against division and hatred. In January, there was also a general strike, which was well supported: 250 million workers took part. The strike was directed against anti-social policies, including discriminatory laws. The right-wing Hindu nationalists reacted to the ongoing protests with counter attacks that became increasingly grim.

In a working-class neighborhood in northeastern Delhi, orchestrated violence took place during a few particularly bloody days from February 23 onwards. An appeal by BJP politician, Kapil Mishra, to break up a peaceful sit-in protest was followed by Hindu nationalists throwing stones at protestors and worse violence. The police did not intervene. Due to joint action by local Hindus and Muslims, who protected each other, a higher death toll was prevented. Thousands went to relief camps, where people live in miserable conditions. The Delhi Minorities Commission wrote in a report that the violence was “one-sided and well planned”.

The situation is reminiscent of what happened in Gujarat in 2002. After an incident with Hindu pilgrims on a train, a real manhunt was held for Muslims. In the process, 230 mosques were destroyed, 150,000 people fled and more than a thousand were killed. The then state prime minister in Gujarat was Modi himself. The state government of the BJP was regarded by many as an accomplice in the violence. Activists in India point out that Modi is now taking the Gujarat model to Delhi and the rest of the country.

The sectarian violence is aimed at a polarizing society based on religion. This plays into the hands of the Hindu fundamentalists around Modi. At the same time, it aims to divert attention from the enormous inequality in a country where the 9 richest people own as much as the poorest half of the population. During Trump’s visit, a wall was built in Ahmadabad so that the American president wouldn’t see the slums on his way to the stadium, where he was hosted by Modi in his home state of Gujarat to praise the Indian prime minister.

Millions of Indians are losing hope of any social progress. Sectarian Hindu nationalism will not bring this either. The population of the Indian-occupied part of Kashmir can testify to this: seven million people live there under siege, stripped of all their rights.

Violent Hindu nationalism and continuing attacks on the standard of living of the majority of the population show the need for organization and an alternative to a society of misery and hatred. Strong trade unions and parties of the working population and poor farmers are a necessary starting point, but there is also a need for organization at neighborhood level, among other things to protect and defend inhabitants against violence. If resistance is not organized, Modi, the BJP and the RSS (nationalist militias linked to the BJP) can, complemented by a troll army, get away with inciting communal violence. This is an obstacle for protests and for the fight for a different society.

The widely supported protests against NRC/CAA and the recent general strike showed the potential for movements. For a protest movement of a longer duration, an action plan is needed: a campaign with days of action aimed at broadening the protest and sharpening its demands, building up to new general strikes.

Simple demands such as for jobs, free higher education, public services, a decent income, affordable housing, etc, clash with a capitalist system in crisis. A hopeless system creates room for despair. This can only be answered effectively with a program that offers hope for real improvement. Using the available wealth, resources and technological knowledge for the benefit of the majority of the population is the only way to seriously improve the living standards of millions of Indians. This means fighting for a socialist society in which the key sectors of the economy are put in public hands so that democratic planning becomes possible.