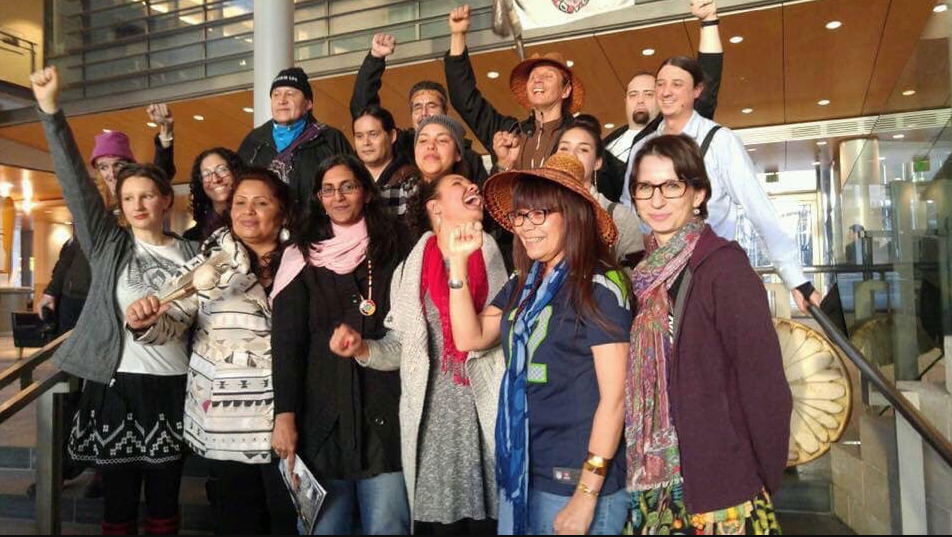 The momentum behind the Green New Deal and international student strikes against climate change are shaping Seattle’s City Council elections. Kshama Sawant and Socialist Alternative have made “A Green New Deal For Working People” a central demand since the beginning of her reelection campaign, proposing:

“Seattle should be a real climate leader by becoming 100% renewable by 2030. Tax the rich to massively expand public transit, making it free and fully electric. Create thousands of living-wage union jobs with a major expansion of wind and solar by Seattle public utilities and retrofitting homes and businesses to the highest efficiency standards. We need a rapid shift away from fossil fuels – bring the big U.S. energy corporations into democratic public ownership and retool them for clean energy.”

Then, in late June, two leading environmental groups, 350 Seattle and Got Green, crowded City Hall with over 100 protesters. They delivered a letter to Mayor Durkan calling for “the creation of a transformative Green New Deal for Seattle that will eliminate our city’s climate pollution by 2030, address historical and current injustices, and create thousands of good, green, well-paying, unionized jobs.”

Facing growing pressure from below, all nine Seattle City Councilmembers signed onto this letter. Now the question is whether the Council is prepared to take on entrenched corporate interests, a vital step if they hope to deliver on the ambitious goal of ending climate pollution by 2030.

Working people have reason to doubt the empty promises of the Seattle establishment when it comes to climate change.

Every mayor of Seattle since 2001 has promised aggressive action to reach zero carbon emissions, but despite an official goal of reducing Seattle’s emissions by half by 2030, carbon output has increased 7% since 2012!

Transportation currently accounts for 42% of Seattle’s greenhouse gas emissions, and Seattle has the 9th worst gridlock of any American city. This stems from both the lack of investment in public transit and the housing crisis displacing residents further from the center of Seattle, a process disproportionately affecting people of color and other oppressed communities.

Saving the climate lives or dies on the strength of a working-class movement, as we are certain to face pushback from the capitalist class at every turn.  We can look towards the Seattle City Council’s betrayal when fighting for the Amazon Tax as a likely outcome of the political status quo. If they could not stand up to Jeff Bezos in this instance, why should we take their word that they can stand up to these equally powerful energy behemoths to win a Green New Deal? Reelecting Kshama Sawant and electing others who base themselves on building working-class movements will be vital if we hope to win the urgent struggle to save the environment.

There is no getting around a central truth of the environmental crisis – only 100 companies, overwhelmingly privately owned energy companies, are responsible for 71% of all carbon emissions. Ultimately, we must take these major energy companies into democratic public ownership as part of transitioning the economy to clean energy. To prevent the worst impacts of climate catastrophe, the environmental movement must embrace the fight for socialist change.