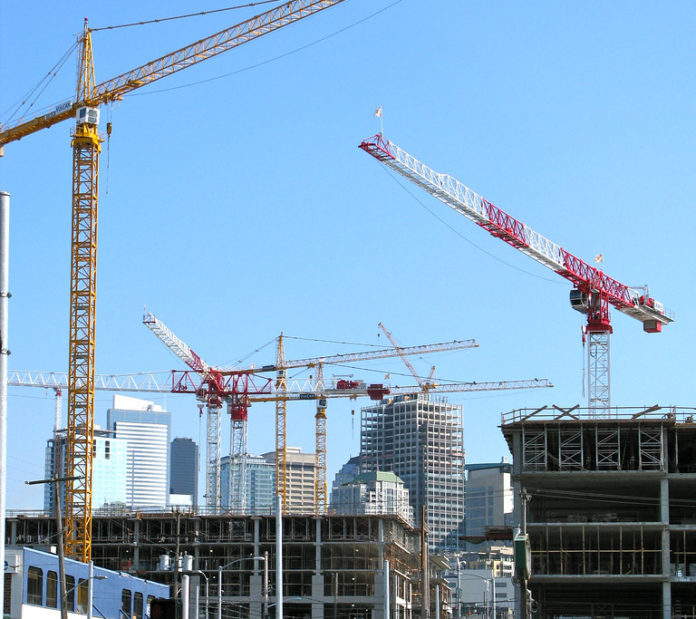 A “sensationalized spree of fear and hate-mongering,” is how Seattle’s Crosscut aptly characterized KOMO-TV’s special on the homelessness crisis. Called “Seattle is Dying”, the segment has accumulated over 3 million views since it first aired on March 19. The film demonizes homeless community members, blames the poor for the conditions they face, and reduces what is really a deep housing affordability, health care, and opioid crisis to individual failures.

Nonetheless, discussion of the program is now dominating the already heated debate over Seattle’s worst-in-the-nation homelessness crisis. Although most of the political establishment and media have expressed outrage at this latest right-wing spectacle from the Sinclair Broadcast Group, it has clearly touched a nerve. The program offers an echo – if a severely distorted one – to the understandable popular frustration with the city establishment’s abysmal failure to address the homelessness crisis.

In the four years since city and county officials declared a “State of Emergency” on homelessness, the situation has gone from bad to worse. Unfortunately, the dangerous, right-populist ideas animating “Seattle is Dying” are likely to gain growing support in the absence of any real solution to the sky-high rents and the lack of funding for homeless and mental health services.

Despite Seattle’s liberal image, new conservative groups like “Speak Out Seattle” (SOS) have emerged over the last year, mobilizing a layer of mainly older, middle- and upper-class Seattleites into action against the “liberal establishment.” These groups were indirectly supported and funded by Amazon and big business as a populist battering ram to push back the housing justice movement and defeat the “Amazon Tax” last year.

The pressure and polarization created by this business-backed right-populism helped push several councilmembers into early retirement. This forms part of the backdrop for Seattle’s sharply contested City Council elections this year. At the epicenter of the fight for the future of Seattle is the District 3 race, where big business is aiming to unseat socialist councilmember Kshama Sawant and push back the considerable influence Socialist Alternative has achieved in Seattle politics since Kshama first won her seat in 2013.

While the sheer scale of the homelessness crisis is forcing Democratic politicians in City Hall to rhetorically acknowledge the problem, they have shown little commitment to action. No serious solutions matching the scale of the crisis have been on offer from the Democratic leaders or big business.

In fact, their record so far has been the opposite. In 2017, Jeff Bezos spent $350,000 on a corporate PAC to elect Mayor Durkan. Six months later, in June 2018, under enormous pressure from big business, she and the majority of the City Council repealed the “Amazon Tax.” This tax on the richest 3% of Seattle business was won after a hard-fought nine-month battle waged by a broad coalition of housing justice groups, with Socialist Alternative and Kshama Sawant playing a central role. This progressive revenue source, while not enough, could have substantially expanded publicly-owned affordable housing and funded social services.

This capitulation, especially by the more liberal wing of the council, demoralized the left and emboldened big business and the right-wing forces mobilized behind them. Ironically, despite City Hall caving to Jeff Bezos’ bullying, less than a year later Amazon went ahead with moving the threatened jobs anyway! Now Jeff Bezos has dumped $200,000 into a Chamber of Commerce run PAC – with many other businesses following Amazon’s lead – to back their chosen candidates for City Council. Much of that will flow into their drive to unseat Sawant.

This underscores the serious mistake of so-called progressive leaders who complained the Amazon Tax failed because the movement “alienated” big business and promised that consensus solutions could be found by “bringing business to the table.” A year later, and with city elections underway, this strategy has produced nothing while popular frustration is reaching a boiling point.

Lessons of the Tax Amazon Campaign

The real lessons of Seattle City Council’s disastrous repeal of the Amazon Tax are two-fold:

The Failure of “Class Consensus” Politics

The debate over strategy cuts to the core of the political disagreement socialists have with most progressive Democratic Party politicians, and even many labor and NGO leaders. The central debate is not over what needs to be done – there have been endless studies and deep wells of experience from academic studies, front-line service providers, self-organized houseless communities, renters rights activists and others which we draw upon. The central debate is how we can win the funds needed for solutions matching the scale of the problem.

In reality, the mantra of “bringing big business to the table” is a strategy of paralysis. Big business owns the table. Business uses this argument as a perennial diversion and delay tactic to block attempts to make them pay for the crisis their policies have created. For decades, big business has fought openly, ruthlessly and successfully to rewrite the tax laws in their interests at the federal, state, and local levels and they are not about to change course now. After doubling its profits to an eye-popping $11 billion last year, Amazon paid no federal taxes, and instead received a net subsidy of $129 million!

For billionaires like Bezos, the math is simple: higher taxes = lower profits. They also fear even a small tax hike in Seattle will set a dangerous precedent by raising working people’s confidence to win further victories, so Bezos and others have drawn a firm line in the sand. At the same time, in Seattle and nationally the fast-growing affordability and homelessness crisis is creating deep political problems for the establishment. With popular anger at them growing – reflected both on in right-wing populist ideas and growing support for the socialist left – the stability of their political system is weakening.

More and more people recognize that solving  the affordable housing and homelessness crisis starts with rejecting the failed for-profit, market based strategies. Capitalism has failed to provide quality, stable housing to a growing majority of working people. It’s time for bold socialist policies to ensure everyone in Seattle has an equal right to enjoy this beautiful city; a right to an affordable, dignified, healthy, and stable place to live. This message is at the heart of Kshama Sawant and Socialist Alternative’s campaign for Seattle City Council.