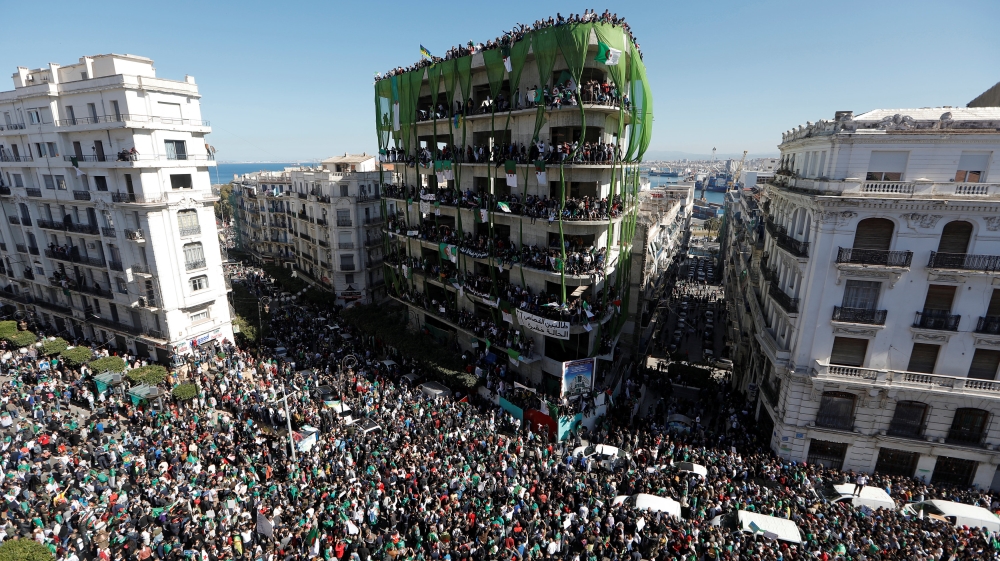 The popular uprising that has spread throughout Algerian society is now in its 10th week following the hundreds of thousands of workers who led strikes in Tunisia and Morocco this year, as well as the months of struggle in Sudan. Millions of people have flooded the streets of Algeria in indignation against their tyrannical ruling class, made up not just of the disgraced and now deposed President Bouteflika and his National Liberation Front party (FLN), but also the oligarchy of businessmen, oil tycoons, and military leaders that Algerians have long nicknamed le pouvoir, or “the power.”

This movement has roiled every section of society. Students have organized committees in their universities to plan actions, Algerians in villages and small towns have organized against oppressive landlords and local officials, and, most significantly, multiple general strikes of several days have taken place as the union rank and file burst into action, sometimes compelling their own leaders to follow through.

Bouteflika Out, But Regime Still In Power

Most English-language media reporting on the situation has focused on the fact that the 82-year old Bouteflika has been little more than a puppet for the past six of his 20 years in office, rarely seen in public since suffering a stroke in 2013.

The global collapse of oil prices in 2015 has pulled the rug out from under the economy and the social safety-net which has now brought the question of whether the country will be run for people or for profit to the foreground.

Most sharply affected by the depressed economy have been the young people of Algeria. 70% of the Algerian population is under 30 years old, and as many as a quarter of these young people are unemployed. Cuts to public spending due to new austerity measures have put more of a burden on university students to fund their own tuition, meanwhile the price of bread has increased by as much as 30%.

The students of Algeria kicked off the movement on February 22 of this year. They were shortly followed by huge hundreds of thousands in massive anti-government rallies and mass meetings, largely organized through hashtags and anonymous groups on social media, mirroring the experiences of the uprisings of the so-called “Arab Spring” of 2011.

Women have taken up the struggle in huge numbers, organizing in their workplaces, communities, as well as in the streets, and putting on massive International Women’s Day actions on March 8. After only a few weeks of struggle, Algerian society has changed from a climate in which women were not expected to have a voice in politics, to one where working-class men have enthusiastically joined the front lines alongside women.

The action of rank-and-file workers has forced the biggest union in the country, the UGTA, to go along with the calls for general strikes from below, despite its leaders’ close ties to the ruling elite. The strike wave has impacted everything from the shipping industry, absolutely vital for an export economy, all the way down to smaller factories, shops, and marketplaces throughout the country.

For a Decisive Break with Le Pouvoir and Capitalism

Bouteflika was forced by the military tops to resign in disgrace. The ruling class is running out of slack it’s willing to cede to the movement, seeing now that the movement is only encouraged by each victory to demand more, the masses increasingly see through the hot air of promises of gradual change. The Algerian ruling class has begun to crack down on the movement. In addition to the ghost of the “Arab Spring” that hangs over the whole country, both sides of the conflict are doubtlessly drawing lessons from the struggle in Sudan.

Socialist Alternative works with the Committee for a Workers International to organize for a united fightback against the ruling class led by working people in international cooperation. The people of Algeria and elsewhere will only see this fight through to its end if the strike committees and organizations of struggle that students and working people have initiated are willing and able to lead society to a break with capitalism.