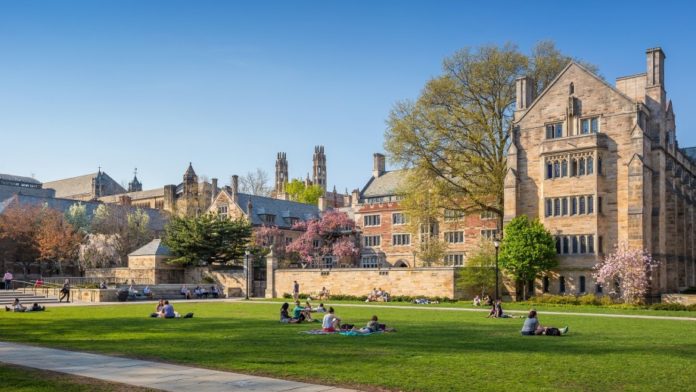 In March, news broke of the indictment of dozens of individuals who had participated in a wide-ranging scheme to fraudulently admit students into elite universities like USC, Yale, Stanford, and Georgetown. Rich and famous parents worked with a fake charity to funnel millions of dollars to test-proctors, coaches, and admissions staff who then falsified admissions material, doctored test scores and lied about athletic prowess. The scale was astounding, but the rich playing by a different set of rules and buying their way into schools is of little surprise.

The scandal is an extreme demonstration of how economic inequality undermines the supposed “meritocracy” of our increasingly profit-driven education system, buttressing calls for free education and further discussions about what a socialist education system would look like.

Even without fraud, the rich have many advantages. For one, “legacy” admissions grease entry into elite universities for children of alumni, and if your family can afford a hefty donation you can even buy your way in. Expensive test prep courses improve SAT and ACT scores. And AP courses, often available only in higher income school districts, award college credit to high schoolers. Moreover, with most school districts funded by property taxes, we see wildly uneven outcomes in public education across the country closely correlated with economic inequality.

As working-class families know, college is becoming less and less affordable. USC costs $50,000 per year – that’s over 80% of the median family income! Even public universities are charging more and more, generally citing declining state and federal funding as the reason for annual tuition hikes which translate into more debt for students and families. Since the Great Recession, the ruling class has identified universities as places to shift more financial burden onto working class families which allows for the lowering of taxes on corporations and the super-rich.

The higher tuition that colleges are now charging isn’t going to better classes and resources for students. Instead, administrative salaries, real estate deals, and athletics programs – all things that line the pockets of the rich – receive millions, while professors and support staff face budget cuts. Students are burdened with loans that take decades to pay back, leaving college with an average of $28,000 of debt. But there’s no guarantee of a well-paying job for graduates, and many see no reasonable way to ever pay off their loans. With more highly-educated people than ever looking for work in an increasingly service-oriented economy, employers get away with paying lower wages – sometimes not even enough to cover student-loan payments.

The admissions scandal is a microcosm of the way society operates generally, with built-in inequality that gives the rich massive advantages above ordinary working people. U.S. Attorney for Massachusetts Andrew Lelling said, “There can be no separate college admission system for the wealthy, and I’ll add that there will not be a separate criminal justice system either.” Though some defendants in the admissions scandal lawsuit have accepted plea deals, it remains to be seen how the case will turn out. But it’s hard to believe that anything close to justice will be served when we look at how the wealthy and elite are generally treated by the criminal justice system.

Will they face what the long term consequences like those experienced working-class families who commit minor infractions committed in the hope of giving their children a shot at a decent education? In 2011, an Ohio mother was jailed for 10 days for enrolling her kids in the wealthier public school district that their father lived in. The district went so far as to pay a private investigator to spy on her!

The rampant inequality and double-standards present at every level of our education system belie the myth that in capitalist society, people succeed in proportion to their hard work and abilities. We need high quality public education available to all and free higher education paid for by taxing the rich and big corporations. There is no doubt they can afford it – Amazon paid $0 in taxes last year while making CEO Jeff Bezos the world’s first hundred-billionaire!

Rather than having a system where decisions are made based on whoever has the deepest pockets, we need a system where everyone is guaranteed a high quality education from preschool through college and beyond. Decisions in the schools should be made democratically by teachers, parents, and students. This will ultimately require a socialist transformation of our education system which would allow each and every person to develop to their full potential. Such a system would benefit not only individual students, but society as a whole.