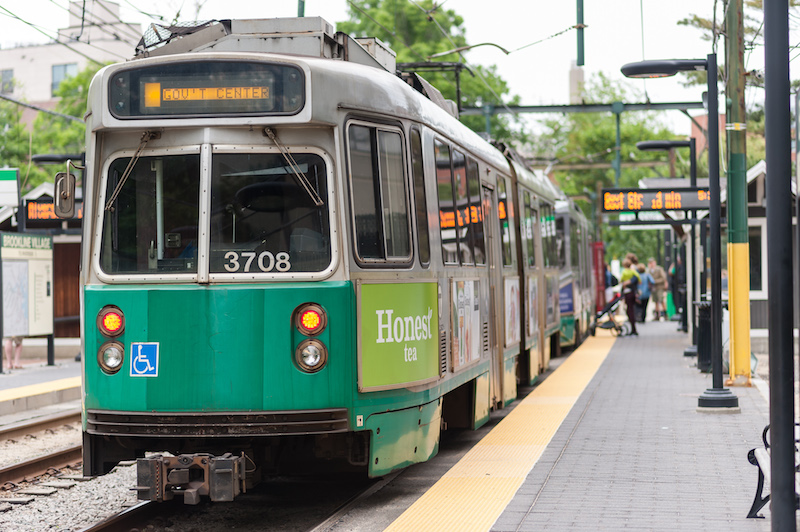 Monday, November 20, marked a new attack on the working people of Greater Boston. The Massachusetts Bay Transportation Authority (MBTA), the government agency responsible for public transportation in Massachusetts, announced November 20 that they are signing a $723 million contract with private corporation Cubic Corp to privatize fare collection. They will digitize fare collection and have plans to invest in a new a “tap out” fare system where riders tap their phone as they exit the train, creating a distance-based fare system where the longer you ride the more you pay.

This shadowy deal, referred to as AFC 2.0, is being rolled out as the great “modernization” of Boston’s subways and busses, referred to as the “T.”  However, what it really represents is a continuation of the ongoing attacks on working-class and poor people in the city of Boston. Unfortunately, politicians from both political parties are behind these attacks. With a Republican governor and Democratic mayor, to oppose these attacks will mean building a movement that opposes the political elite in both parties.

In 2014 the T was used over 400 million times. After years of trip cancellations, service delays, and system-wide shut downs, in 2015 Republican Governor Charlie Baker decided it was time to “fix the T.” His plan? To appoint a five member Fiscal Management and Control Board tasked with transforming Boston’s public transit. After his appointment, the Chief Administrator of this board and former venture capitalist, Brian Shortsleeve, said, “We’ve got to be nimble and we’ve got to provide service in places where people want service. And I’ve got to say… that ought to include a lot of partnerships with private companies.”  For Shortsleeve and many others, the creation of this board formalized what had long been whispered about: privatizing the T. When public goods are put in private hands, it means that profit takes precedence over what is best for the community. The goal becomes short term profits for the corporation, rather than long term benefits for the people.

The proposed deal with Cubic Corp. to privatize fare collection means that up to 2043, a private corporation can be in charge of maintaining and updating fare collection for the entire MBTA.

There have been other recent attempts to privatize public services in Massachusetts, and – crucially – those attempts have been defeated! The most recent example is in 2016 when the Massachusetts Teachers Association lead coalition defeated a Wall-Street-backed ballot question to lift the statewide cap on charter schools. This demonstrates that when unions, community groups, faith groups, and socialists come together to fight, we can win!  This is what we need to build if we’re going to defeat privatization of the T!

The proposed “Tap Out” policy, where riders tap in and out of the T and pay according to the distance they traveled, is an outright attack on people who are being pushed to the outskirts of the city by the lack of affordable housing.  A similar system is in place in Washington, D.C., where someone can spend up to $6.40 to ride the Metrorail. Since 2000, more than a fifth of Boston’s previously affordable neighborhoods have become entirely unaffordable, meaning more and more people are moving farther outside the city. Those who have been priced out of the city and forced to move greater distances from their work will pay much more to ride the T than those who can afford to live closer to the center of the city.

Republican Governor Charlie Baker and Democratic Mayor Marty Walsh have both carried out relentless attacks on public services, with Marty Walsh routinely cutting funding for public schools and community centers – Socialist Alternative is currently involved in fighting these budget cuts. If Marty Walsh is serious about defending the interests of working people, he would be fighting these attacks tooth and nail, not allowing them to pass unchallenged!

We can’t rely on establishment politicians like Charlie Baker and Marty Walsh to fight these attacks. In order to defend our public education and transportation we need to build the biggest possible movement of unions, community organizations, socialists, and faith groups. As the 2016 victory to defend public education and keep the charter school cap shows, when we fight – we win!