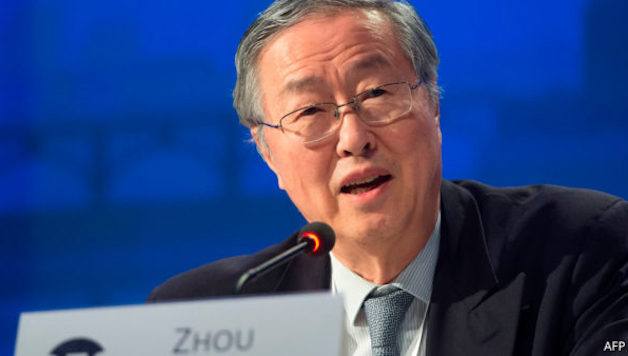 There are a great many “Ponzi” features present in China’s economic growth and we could say the same about the CCP regime’s pumped up global ambitions and schemes like Xi Jinping’s ‘Belt and Road Initiative’ (BRI) to incorporate over 60 countries with a combined 4.5 billion people under Chinese economic hegemony.

The BRI was written, along with ‘Xi Jinping Thought’, into the CCP’s constitution at October’s party congress – the first time this has ever happened in the case of a specific foreign policy. This is a case of boldness masking a tendency towards risk-taking and bombast. The aim is to sustain the capitalists’ confidence in China’s economy and above all to deceive the masses.

In November alone, two countries, Pakistan and Nepal, cancelled BRI infrastructure deals saying Beijing’s conditions including full Chinese ownership and control are too strict. In Pakistan’s case, the now axed Diamer-Bhasha dam project, costing US$14 billion, represented one-third of the total BRI package in a country that has so far been the flagship for Xi’s plan. This confirms our warnings about the overly ambitious, unrealisable nature of the capitalist-imperialist Belt and Road scheme.

In his marathon congress speech, Xi described China as a “great power” or a “strong power” 26 times, and mentioned the word “army” 86 times – twice as often as Hu Jintao at the previous congress in 2012. Xi mentioned “working class” once in his speech.

The increasing risks of a Chinese financial crisis, of a so-called “Minsky moment” of collapsing asset prices as occurred in Southeast Asia in 1997 and the US in 2007, was the surprise topic of a speech by veteran central bank governor Zhou Xiaochuan during the congress.

Numerous such warnings have been made by international capitalist agencies such as the World Bank and IMF, but it is unusual from so senior a Chinese official. Zhou’s comments contradict the Xi regime’s ‘strong and stable’ mantra. The central banker came “as close as someone in Mr Zhou’s position can come to yelling ‘fire’ in a crowded theatre,” noted Financial Times columnist John Authors.

Zhou’s speech, clearly made with Xi’s authority, was a signal that the regime’s yearlong crackdown on shadow banking and attempt after repeated failures to deleverage the overextended financial system will continue and possibly intensify, setting the stage for clashes between Beijing and debt-addicted regional governments. China’s banking sector is now 310 percent of GDP, up from 240 percent at the start of the Xi era in 2012.

This is a ratio only exceeded by a few developed capitalist nations like Britain and Germany, but three times the average level for emerging economies. Zhou blamed the “demands” from local governments for pressuring the central government to hold to an excessively loose monetary policy thus exacerbating financial risks.

China’s economic growth of the past decade, upon which global GDP growth is increasingly dependent, has been driven by an unprecedented and unsustainable expansion of credit, with unregulated shadow banking loans now accounting for one-third of total loans. This credit tsunami has produced monstrous asset bubbles and a crushing burden for working people and the poor particularly with the exploding cost of housing.

These factors nullify the regime’s attempts to stimulate consumer spending in order to wean the economy off its current over-dependence on debt-driven investments. An increasing share of the income of workers and the middle-classes is being sucked into the housing market.

Because of unprecedented speculation, which has seen average house prices increase 8-fold in the past decade, China’s property market is now the most expensive in the world – worth as much as the rest of the world’s real estate combined. Even Xi’s congress speech included the line, “Houses are built to be lived in, not for speculation.”